Today, Billboard released an exclusive BTS cover story and photoshoot, which are featured in the magazine’s August issue. After reading the interview, fans began boycotting Billboard and calling for an apology.

In the interview, BTS fielded commonly asked questions, such as their thoughts on the COVID-19 pandemic, but also more controversial ones that some ARMYs found offensive. BTS were asked directly about chart manipulation, and more specifically, their fans’ involvement.

Through above-board means, ARMY has long exploited loopholes in music chart rules (including those of Billboard) to propel BTS singles’ performance.

ARMY’s alleged “manipulation” involves boosting sales, purchasing and streaming multiple versions of the same song (such as the “Butter” remixes), and choosing dedicated days for streaming and/or purchasing a particular song to greatly impact its chart performance. This “manipulation,” however, is actually organization and, as Billboard noted, well within the rules. 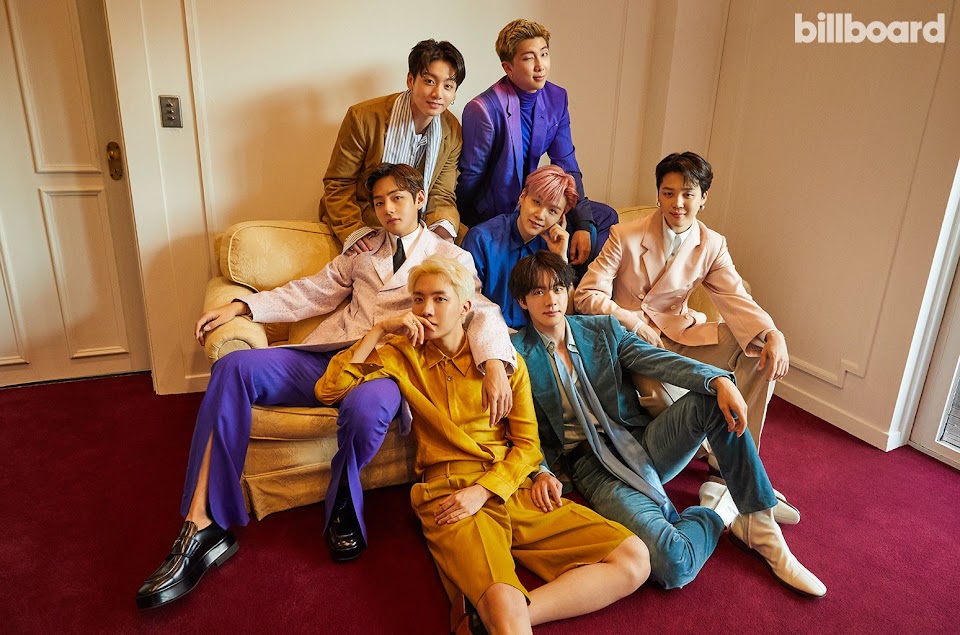 RM and the president of Big Hit Music, Shin Young Jae told Billboard as much.

It’s a fair question. But if there is a conversation inside Billboard about what being No. 1 should represent, then it’s up to them to change the rules and make streaming weigh more on the ranking. Slamming us or our fans for getting to No. 1 with physical sales and downloads, I don’t know if that’s right … It just feels like we’re easy targets because we’re a boy band, a K-pop act, and we have this high fan loyalty.

i’ve never seen your other artists questioned about the impact within your own charts, yet if it’s them talk about graphics manipulation? rlly? good photos, zero professionalism. for the next learn that the impact of bts is generated organically by the fan base.

WHERE WAS THIS ENERGY WITH WESTERN ARTIST WHEN HE LITERALLY BEGGED HIS FANS TO USE VPN?? ITS IN CLEAR WORDS “CHART MANIPULATION” @billboard !??? pic.twitter.com/pID3JfWk8O

This is not, however, the only problem ARMY has with the article. Another point of contention is the inclusion of quotes from fans of singers Olivia Rodrigo and Dua Lipa. These fans discredited the success of BTS’s song “Butter.”

On the July 24 chart, “Permission to Dance” debuted at No. 1 with 140,100 total sales, according to MRC Data, with “Butter” falling six spots to No. 7 and Rodrigo’s “good 4 u” holding at No. 2. But then, something highly unusual happened: The next week, “Butter” returned to No. 1 (leapfrogging Rodrigo and others) and switched places with “Permission,” which slipped to No. 7.

As Billboard stated, the singers’ fans, “claimed that it wasn’t a coincidence.”

@scrappyseal, noting the reversal, tweeted that BTS had ‘0 GP [general public] support. A real smash is sustained by the GP support.’ Another fan of both Rodrigo and Lipa’s, @lipaanostalgia, described BTS as having ‘fraudulent ways’ and its fans as ‘involved in chart manipulation’ and ‘mass buying.’

ARMYs are accusing Billboard of needlessly chronicling and inciting fan wars in an article that they had hoped would focus on BTS’s success.

no but seriously how are you billboard, a music magazine, and you have a whole interview with a band and don’t ask a single question about their music…

using twitter fanwar as receipts while interviewing the biggest band in the world. is this what you call journalism @billboard at least put that degree to good use

wtf was that article????
they accused armys of chart manipluation, they wrote paragraphs about enl!stment, they even talked about replacing bts and included anti’s fanwar…
please DON’T buy the magazine and do not show any support bc they talked bullsht about the boys.

In addition to chart manipulation and rival fandoms, the magazine mentioned another ever-controversial topic: military service. In particular, fans are taking issue with how BTS’s enlistment was mentioned in tangent with HYBE‘s profits, as well as the idea that “anything could replace BTS on the company’s balance sheet.”

[Military enlistment is] bad news for HYBE. BTS is the dominant engine behind the company’s income, bringing in about 85% of its 796.3 billion won ($ 680 million) in total 2020 revenue.

Though HYBE has begun diversifying its portfolio of talent — signing new K-pop acts and, starting next year, partnering with Universal Music Group (UMG) on a U.S.-based boy band talent show — it remains unclear whether anything could replace BTS on the company’s balance sheet.

Now, some ARMYs are discouraging fellow fans from buying the magazine, citing the aforementioned issues. Others are tweeting #BillboardApologizeToBTS and related hashtags, demanding an apology on BTS’s behalf.

It’s quite disappointing how they were given an opportunity to interview the biggest boyband in the world and they messed it up. I can’t stand the amount of xenophobia, the article was horrible and they need to apologise.
Drop the tag besties #BillboardApologizeToBTS pic.twitter.com/W3w4GIg9Rw

Billboard has not yet responded to the backlash.