You are here: Home / Archives for Reveals

Previously, Dispatch revealed the full dating history between actor Kim Seon Ho and his ex-girlfriend and former weather forecaster turned influencer, Choi Young Ah, who made the initial accusations of gaslighting and forced abortion—highlighting the differences between the ex-girlfriend’s and the actor’s sides to the story. Actor Kim Seon Ho | SALT Entertainment Then, on …

Less than a week ago, Mnet‘s survival show Girls Planet 999 came to an end, and the lineup for Kep1er was finally decided. Naturally, every viewer had their own ideal lineup in mind, but one winning contestant seems to be facing a particularly high amount of hate—Huening Bahiyyih. Of course, these hate comments don’t exist […]

Netflix‘s Squid Game left us with several unanswered questions by the first season’s finale, but one of the biggest mysteries almost every veteran K-Drama fan wants explained is the truth about Gong Yoo‘s enigmatic character, the Salesman. But rest assured, you won’t have to wait until season two to find out more—Squid Game‘s write and […] 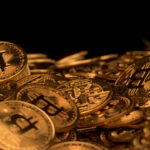 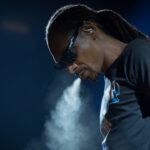 This year a great deal of popular hip-hop superstars like Eminem, Jay-Z, Ja Rule, Lil Pump, and many more have been getting into the non-fungible token (NFT) collectibles scene. On Monday, the American rapper Snoop Dogg revealed that he is an avid collector of NFTs. Snoop claims to be a pseudonymous Twitter account dubbed …

When it comes to HYBE, they are home to some of the biggest groups in K-Pop, including BTS, TXT, and ENHYPEN! Despite the age gap between the groups and members, fans have witnessed some adorable interactions between the groups, particularly BTS and TXT! The members of TXT recently appeared on an episode of MMTG with host JaeJae where they …

BTS has one of the most diverse fanbases, and it’s filled with successful artists and celebrities from all over the world. From American singer Lizzo, Korean athlete Shin Yubin, British artist Olly Alexander, and Indonesian content creator Arief Muhammad, they are proudly showcasing their ARMY status with fans!  BTS in “Butter” concept photo | HYBE LABELS The latest …

MAMAMOO‘s Solar finally answered a question that many fans have been asking. Just how do girl groups manage their sweat? As Korea is currently in the middle of a summer heatwave, many are sweating their pits out but idols often look perfectly matte and put together on screen. Despite intense choreography and hot stage lights, […] 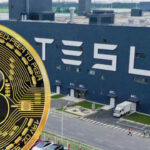 Elon Musk’s electric car company, Tesla, is holding bitcoin worth $ 1.311 billion. The company did not buy or sell any bitcoin during the second quarter but recorded bitcoin-related impairment of $ 23 million. Tesla’s action reaffirms Musk’s prior statement that neither he nor Tesla had sold their coins. Tesla’s Q2 Bitcoin …