BTS is everywhere, even in places you would least expect them. So, they often find ways to photobomb!

Famously, Filipino-American beauty influencer and social media personality Bretman Rock and Jungkook photobombed each other at the 2018 Billboard Music Awards.

Lizzo poses for photos at the Gucci fashion show in Hollywood. https://t.co/lLepuziBpK pic.twitter.com/VOmuwkGYr7

Gwyneth Paltrow and Dakota Johnson pose together at the Gucci fashion show in Hollywood. https://t.co/lLepuziBpK pic.twitter.com/mZaekhxowW

Similarly, on his way to the Seoul press tour of Spider-Man: Far From Home, the sequel to the 2017 film Spider-Man: Homecoming, actor Tom Holland was photobombed by Jimin-created BT21 character CHIMMY from the band’s collaboration with LINE FRIENDS at Incheon International Airport.

Now, his girlfriend, award-winning actress Zendaya is being photobombed by BTS in an unexpected way.

Zendaya was named one of TIME Magazine‘s “100 Most Influential People” of 2022. So, she did a cover photoshoot with photographer Camila Falquez, looking gorgeous as ever in a Valentino gown styled by Law Roac. 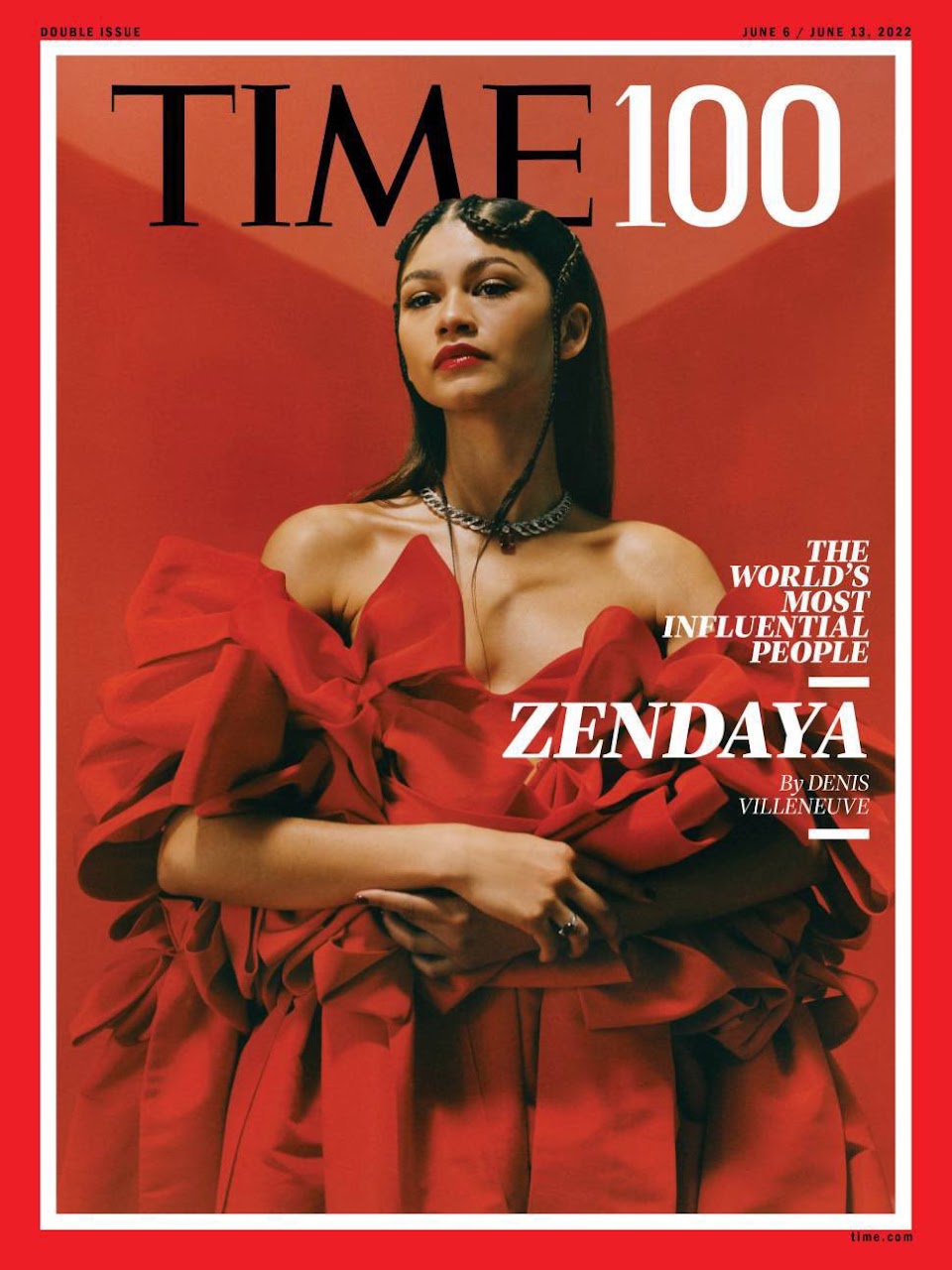 Yet, it is in this cover shot that there may be a subtle reference to BTS.

Zendaya talks about some of her career highlights with TIME Magazine. pic.twitter.com/GAJ4rVulse

Eagle-eyed netizens noticed something special about the background after behind-the-scenes shots were revealed. The backdrop for Zendaya’s cover photo actually was a painted design, and it greatly resembles that of BTS’s logo.

The resemblance is certainly undeniable.

So, ARMYs are suspecting the designer on TIME‘s photoshoot for Zendaya was an ARMY themself.

Photographer: Paint something on the backdrop for this shoot.
Assistant (who is ARMY): Ok pic.twitter.com/exbdmOueuw

ok, there was no reason to leave that space in the middle since it’s not visible on the photo anyway😁 is there a secret army in the scenography team?

It is quite probable considering the number of times BTS have been featured on TIME as well.

And others are pointing out that possibly Zendaya is ARMY. Her show is titled Euphoria, and in the last episode of the first season, Jungkook’s song of the same name plays.

Y’all apparently don’t know Zendaya and Kookie share the same birthday and that Euphoria the song is in Euphoria the series 😅✌🏽 She’s meant to be ARMY… her or the staff I don’t care but this was meant to be🥰 pic.twitter.com/MIOkXOm21I

Boyfriend Tom Holland also publicly identified himself as ARMY. So, it’s likely she is too.

So, whether it is a coincidence or not, ARMYs appreciate the subtle reference to BTS in Zendaya’s new photoshoot, and it is the perfect base for a “borahaefication” edit!