While he has yet to reveal his occupation officially on the show, netizens recognize him as the viral backup dancer for Sunmi. 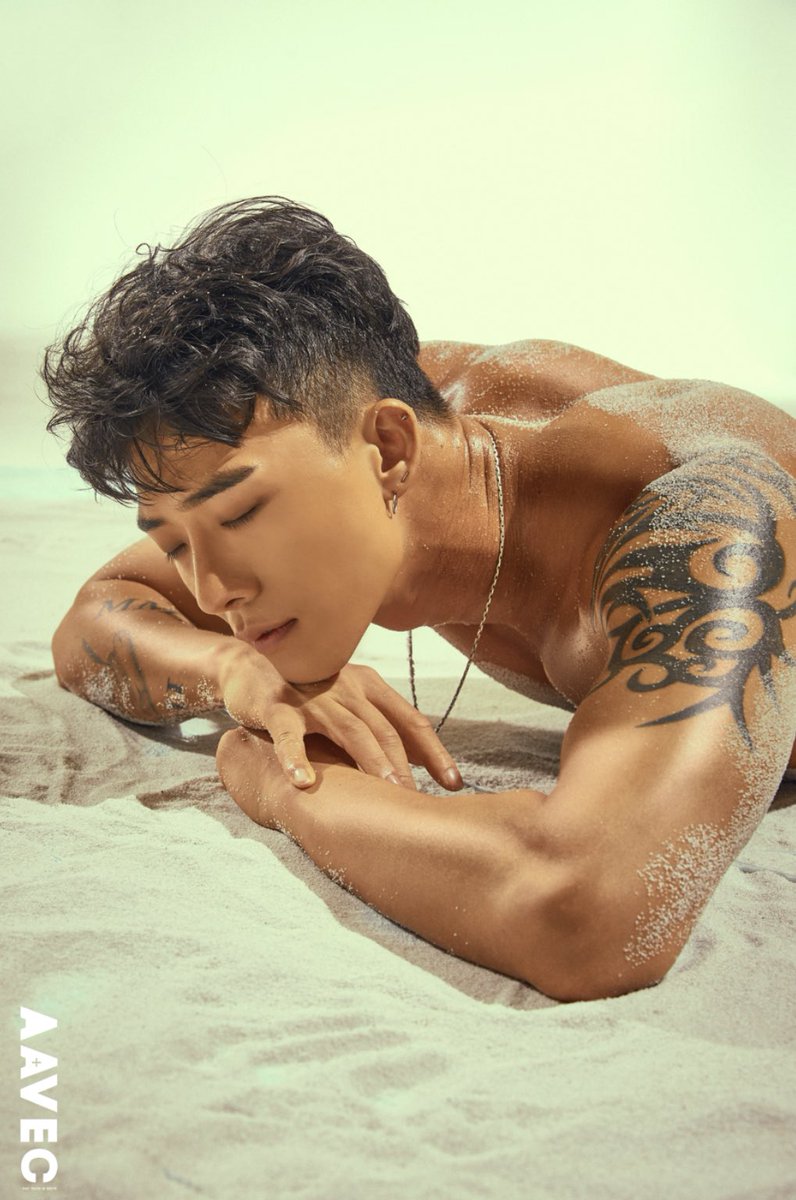 Working in the K-Pop industry for years now, he has developed great friendships.

It’s no wonder he continues to be a highly sought-after dancer. He’s not only talented, but everyone loves being around him!

So, while he is most famously known for being Sunmi’s backup dancer, we have compiled a list of all of his coworker friends, i.e., K-Pop idols. Here is proof that he’s literally best friends with every K-Pop idol and group:

Some of his earlier backup dancing gigs were for this legendary girl group!

…and selfies with every member.

He was also a dancer for Taeyeon in her solos.

He shared a photo watching one of Taec’s K-Dramas…

We would recognize those eyes anywhere!

He was a dancer for the group at the 2015 Dream Concert.

Clearly, he built a great friendship with the members, especially Jay B, Jinyoung, and Yugyeom!

He posted his autograph from her!

One of his best friendships is that with Amber.

He even remembers to wish her a “happy birthday!”

These two clearly have a strong bond.

There are countless adorable selfies of him and Amber!

Also, you may see some other familiar faces in some group shots, like Joel Jay Lane.

Going out for drinks or dinner with this guy is always a party.

This is shortly after the group’s debut!

He’s quite close with the solo artist as she has even taken photos for his Instagram.

They also take some of the cutest selfies!

As a dancer for SM Entertainment, he became close with not only members from girl groups such as Girls’ Generation and f(x) but also boy groups, such as EXO and SHINee.

He was especially close with Jonghyun.

He toured with Jonghyun for the singer’s second concert tour X – INSPIRATION.

They made many great memories together during that time.

To this day, Hyun Seung regularly shares photos of Jonghyun, remembering his friend.

As a backup dancer for EXO, he connected with members, such as Lay.

He appears close with everyone, sharing selfies with each member.

If there’s an idol who can rival Hyun Seung’s friendship with Amber, it’s certainly Peniel!

These two have been friends for many years now.

And their friendship is still going strong to this day.

They regularly work out together.

They even go on trips together with their other friends!

These two do a lot together. Not only going to the gym…

As mentioned on Single’s Inferno, Hyun Seung loves watersports, and apparently so does Peniel!

Peniel is not the only BTOB member Hyun Seung is close with.

He’s close with the entire group after working with them!

Only true friends manage to capture photos of Changsub like this.

Peniel isn’t the only one who gets to go on trips with Hyun Seung.

Imagine being bros with DEAN. The dude is living our dream.

Not only Taecyeon but also Nichkhun is friends with Hyun Seung!

He seriously knows all of our favs.

He may be besties with Amber, but he’s also close with the rest of f(x) and has worked with Luna in her solo music.

UJI is another good friend of his!

We don’t know who we are more jealous of in this picture.

He and Krystal also have a sweet friendship that we can’t help but admire!

They’re both so handsome!

Yes, he even knows the queen herself!

How does it feel to live our dream, Hyun Seung?

Last but certainly not least…

The one friendship to rule them all.

One thing about Sunmi and her backup dancers, they will always be taking the best group photos.

When you look up “squad goals,” you’ll find pictures of them.

They even celebrate Halloween together!

Many great memories were made on Sunmi’s first world tour.

Having worked together literally since her solo debut, they have become incredibly close.

So close that he even did a sexy photoshoot with her for Buckaroo.

We can always count on Hyun Seung for adorable behind-the-scenes shots!

Hanging out with the crew.

It’s been almost eight years, and this friendship is still unbreakable.

She even gives him sweet mementos and autographs!

The award for best friends ever goes to… Sunmi and Hyun Seung.

No duo can be rivaled.

Where Have You Seen Them Before? Meet The Three New Contestants On “Single’s Inferno”