The classic Korean drama Boys Over Flowers began filming in 2008 and went on to become an international sensation, helping to accelerate the Hallyu Wave around the world. Some cast members, like Lee Min Ho, blew up from the drama, while others continued on to successful careers in film, TV or theatre. Others are married or dating fellow actors or singers. No matter what they’re up to now, though, they’ve all managed to age gracefully! 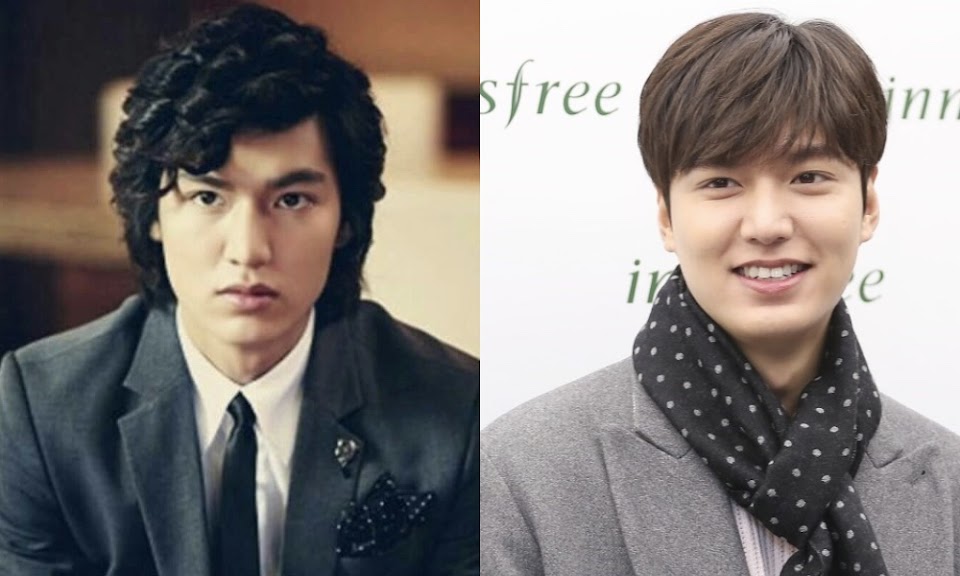 Besides becoming Asia’s heartthrob, Lee Min Ho has become a seasoned actor of high acclaim in the years since his breakout role as Goo Joon Pyo. He landed leading roles in hugely popular dramas City Hunter, Personal Taste, Faith, Heirs and Legend of the Blue Sea. His first leading role in a movie was in the 2015 film Gangnam Blues, followed by his first China-produced film Bounty Hunters. 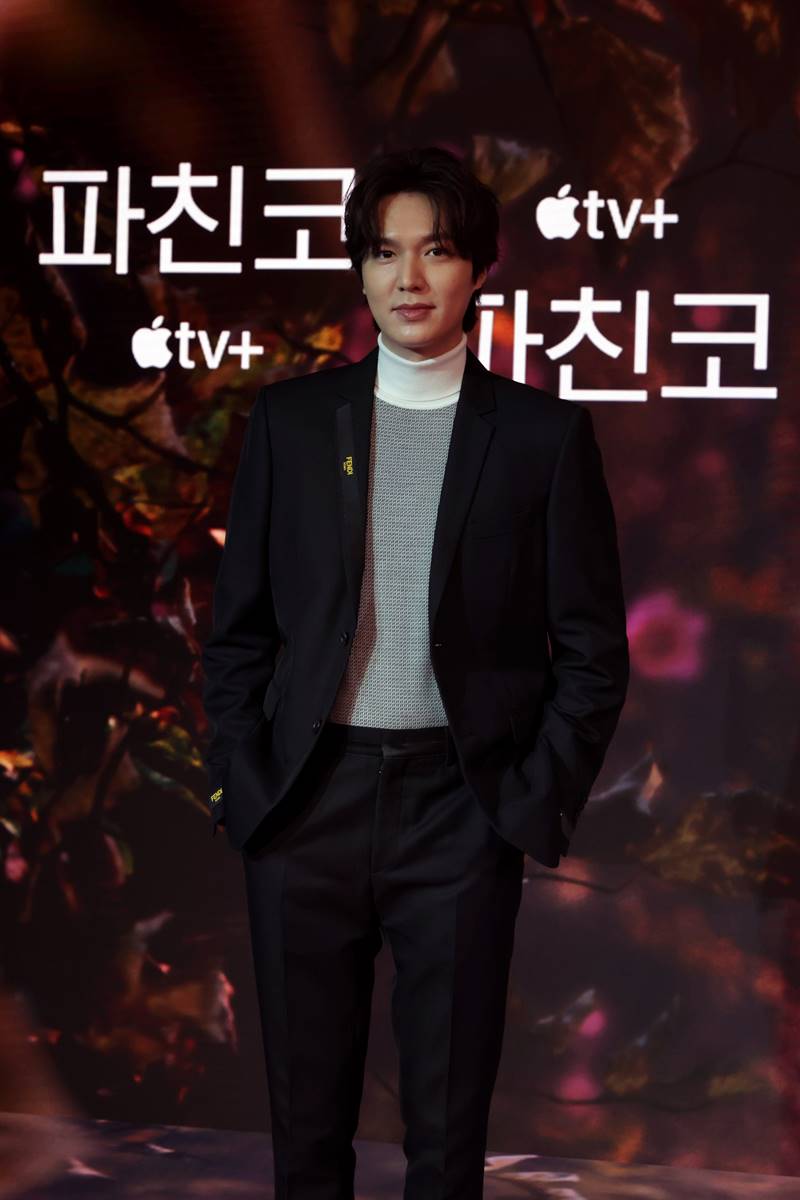 In 2011, Lee Min Ho was confirmed to be dating his City Hunters co-star Park Min Young, but the relationship lasted less than a year. From 2015-2017, his public relationship with Suzy was the hot topic, but now he is back in the spotlight thanks to successful roles in The King and Pachinko. 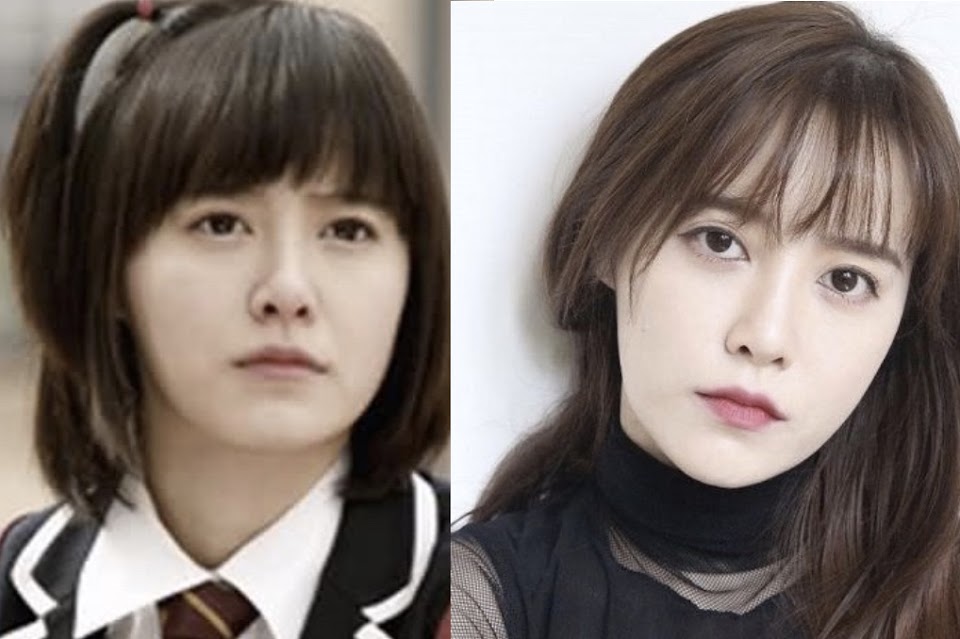 Since her role as the lead character on the series, her resume has expanded to include actress, singer-songwriter, movie director, producer, and author. She wrote and directed the films Magic, Fragments of Sweet Memories, and Daughter. Goo Hye Sun’s company Goo Hye Sun Film was established in 2011, and her movie The Peach Tree was the first project made under the company. The star composed the soundtrack for the film and released a book based on the movie. Her best-selling book Tango was a semi-autobiographical novel. She also starred in dramas Take Care of Us, Captain, Angel Eyes and Blood. 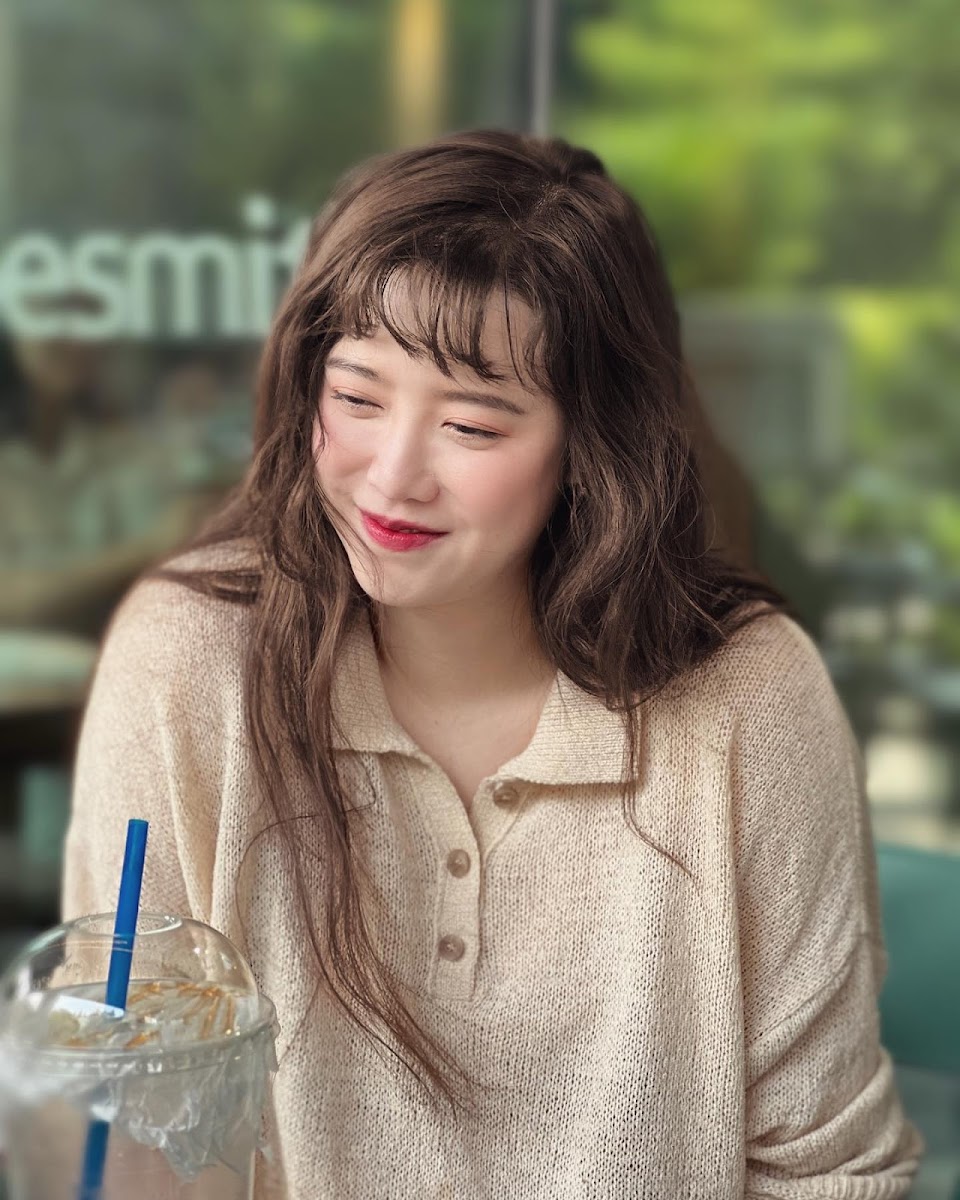 Goo Hye Sun married her Blood co-star Ahn Jae Hyun in 2016, after he accidentally confessed his feelings in front of the whole set (he told her she was pretty and a mic picked it up, transmitting it to the entire set) and she kissed him shortly afterwards so that their first kiss onscreen wasn’t their first kiss. Unfortunately, the couple’s relationship issues were aired out publicly as the two had a messy divorce. Ultimately, the two separated and are doing their own things now. 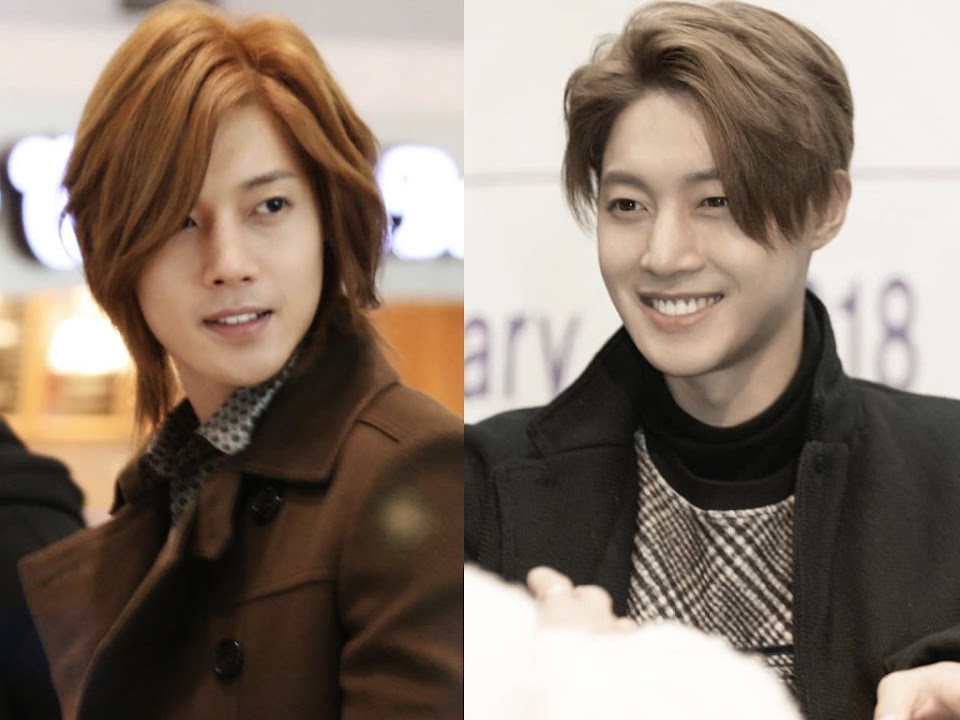 The former SS501 member went on to have a successful solo career with several hit singles and albums in Korea and Japan, and he’s starred in dramas like Playful Kiss, Inspiring Generation, and Barefoot Friends. Although they weren’t super popular shows in Korea, Playful Kiss rated really well internationally and Kim Hyun Joong was widely known in Japan. 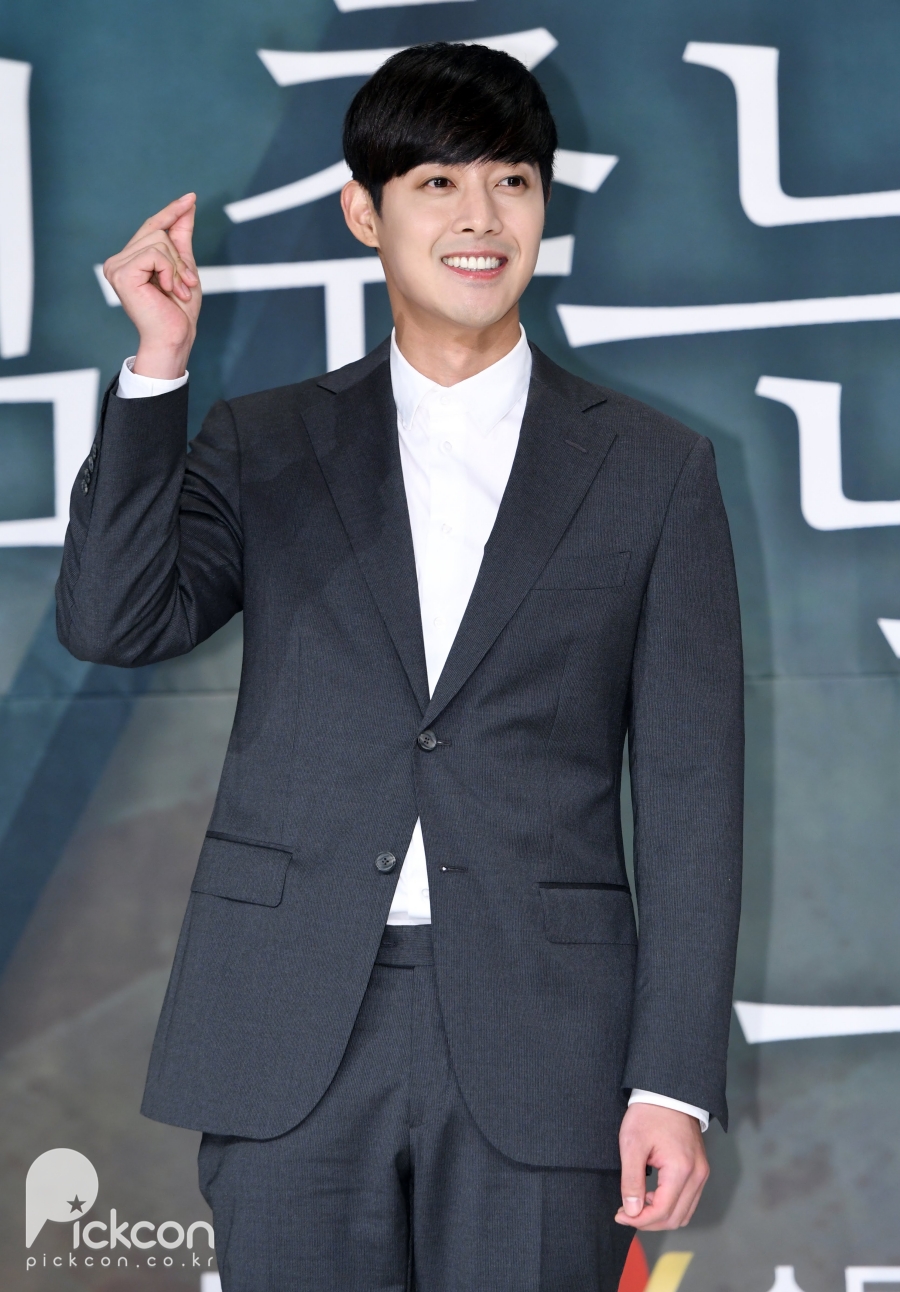 Kim Hyun Joong is probably best known now, unfortunately, for being accused of physical assault against his former girlfriend more than once. He was cleared of several charges in 2016 and was confirmed for a lead role in the drama When Time Stopped. He left his agency KeyEast, and has also been releasing music since his time in the drama. In February 2022, he announced at his concert that he was going to get married to his non-celebrity girlfriend. 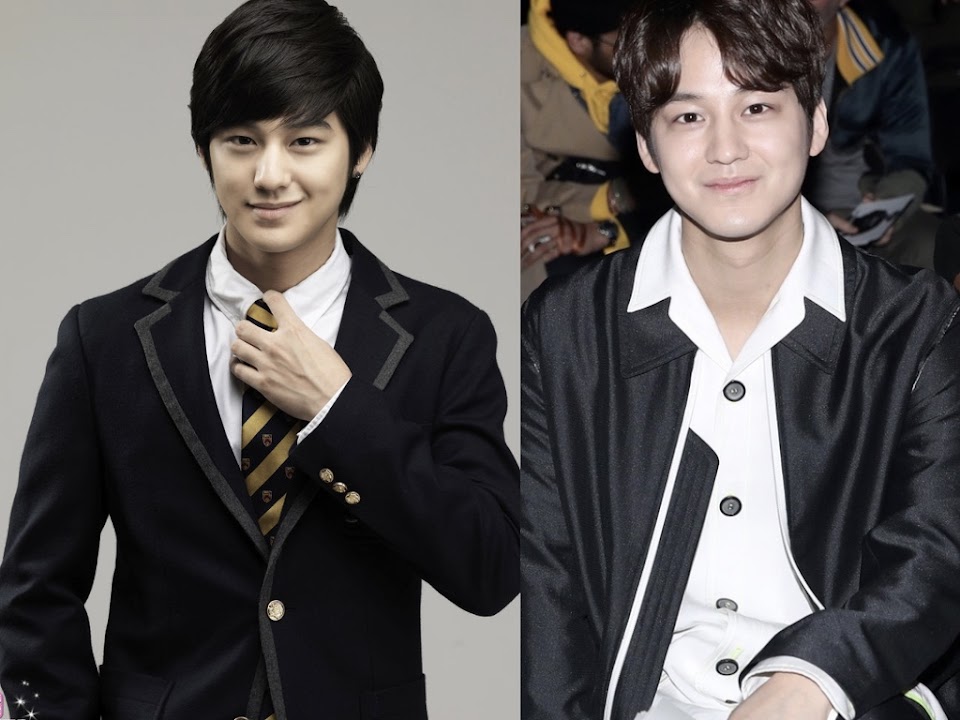 The singer and actor had made his acting debut in the hugely popular drama High Kick! and continued on to make fangirls swoon in several dramas since Boys Over Flowers, including Dream, The Woman Who Still Wants To Marry, That Winter, The Wind Blows, and Goddess of Fire. He released his first solo album in 2012 to success in Japan. In 2013, Kim Bum had a public romance with his Goddess of Fire co-star Moon Geun Young before they broke up in May 2014. 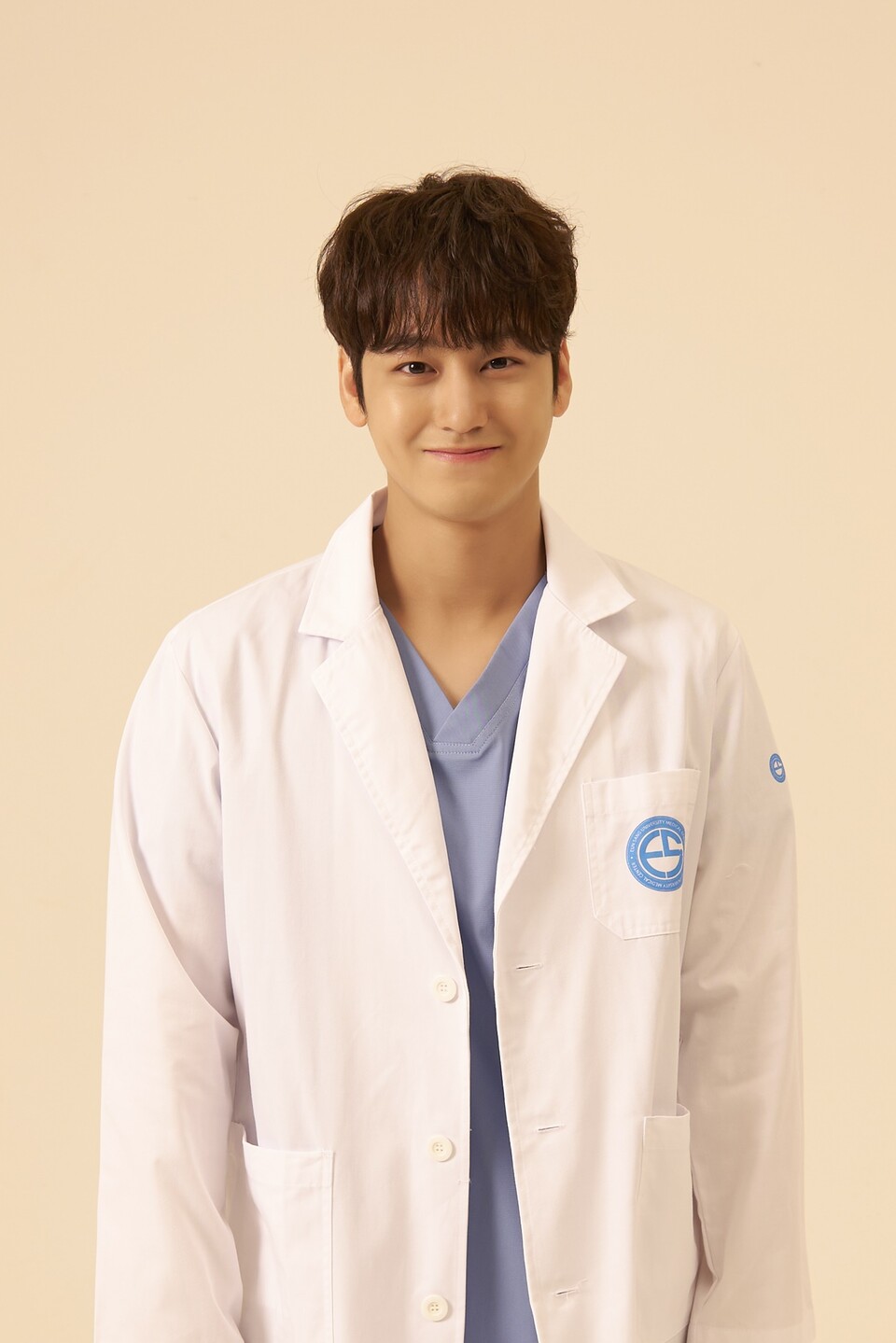 He also starred in the Chinese film Young Detective Dee: Rise of the Sea Dragon, which went on to become one of the highest grossing Chinese films in 2013, and led to a successful Chinese acting career. He made a comeback in Korea in 2015 in the thriller Hidden Identity and earlier this year appeared in Detective K: Secret of the Living Dead. He was confirmed in March 2018 to be dating actress Oh Yeon Seo, but a few months later, they confirmed their breakup. Kim Bum has recently appeared in K-Dramas Law School and Ghost Doctor. 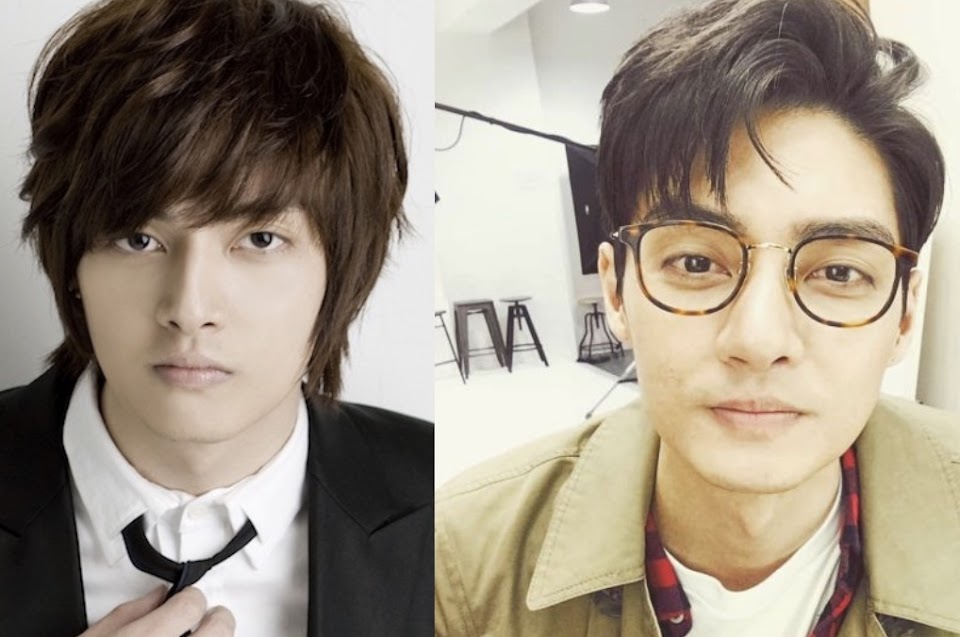 Kim Joon debuted as a singer and rapper in 2007, and his band T-Max sang the theme song for Boys Over Flowers. While T-Max disbanded in 2011, Kim Joon continued to join dramas, variety series and movies, notably appearing in Detectives in Trouble, Endless Love and City of the Sun. He enlisted in the military in 2011 and served until 2013, when his career in theatre blossomed.

It was reported in June 2018 that the actor had gotten married in secret in 2015 to his long-time girlfriend, whom he had been dating since before his debut. He also has a young son! Kim Joon most recently played roles in a few smaller movie productions, Evil Empire and Death Cab. 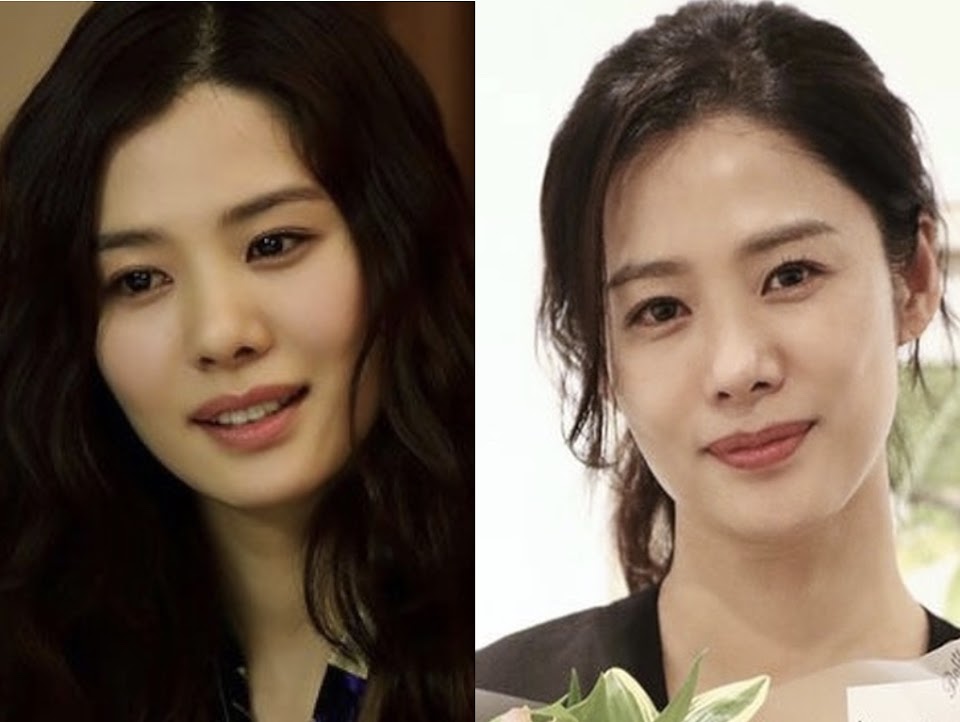 Joon Pyo’s level-headed sister traveled to Canada after she wrapped filming her role on the series, filming a documentary called ECO Canada By Kim Hyun Joo. She released an essay and photo book titled Hyun Joo’s Handcrafted Story in December of the same year. She’s also focused on volunteer work, acting as a goodwill ambassador and carrying out activities in Bangladesh and the Philippines in 2010. 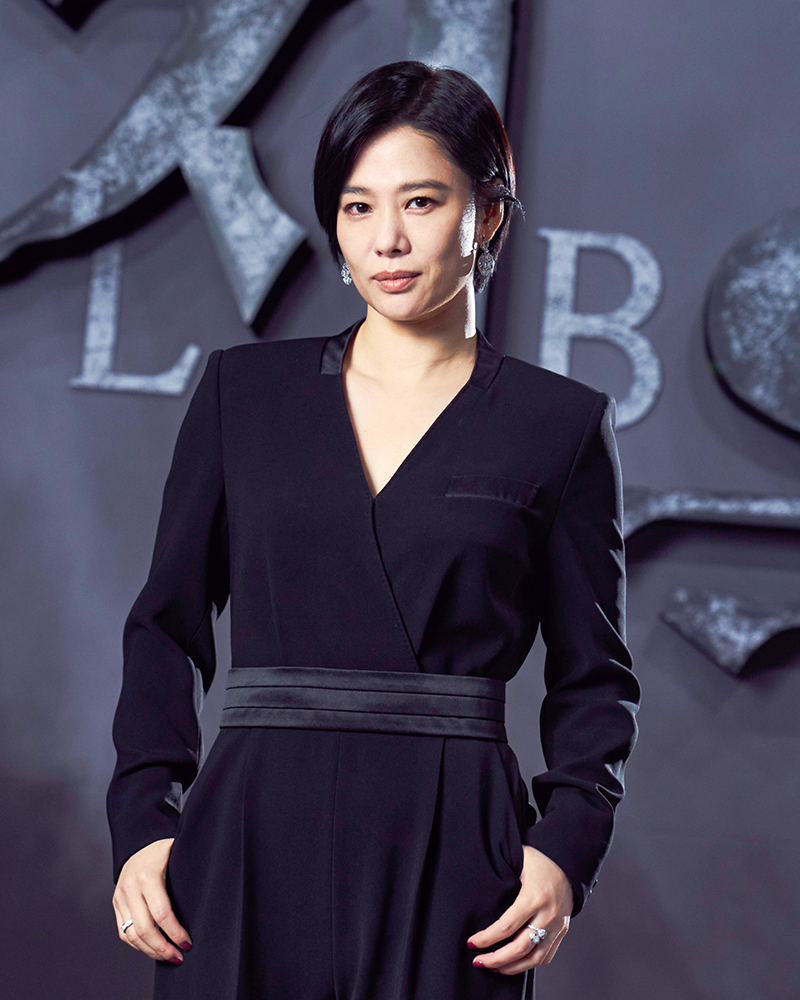 She’s continued to have a successful career in TV with roles in Glass Slippers, Miss Kim’s Million Dollar Quest, The Land, Twinkle Twinkle, What’s With This Family, I Have a Lover and Fantastic. She also appeared in The Miracle We Met, which had her starring alongside EXO‘s Kai and aired back in 2019. Some K-Drama fans may also recognize her from Netflix’s Hellbound or Love All Play. 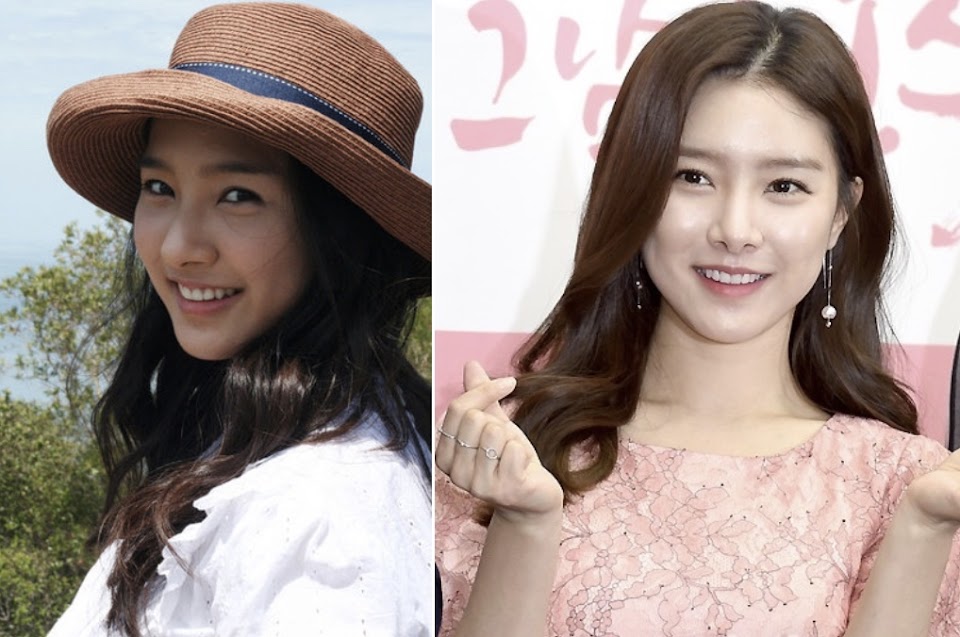 Kim So Eun became a popular actress and model since her breakout role as Jan Di’s best friend. She appeared in Korean dramas including He Who Can’t Marry, A Thousand Kisses, The Horse Doctor, web series After School: Lucky or Not, and Liar Game. Most notably, she also participated in season four of the reality series We Got Married with Song Jae Rim and was the title character in Our Gap Soon in 2017. Most recently, she was the lead in 2020 MBC K-Drama Lonely Enough to Love. While she has not had a K-Drama role since, she has been hosting a beauty program for two years. 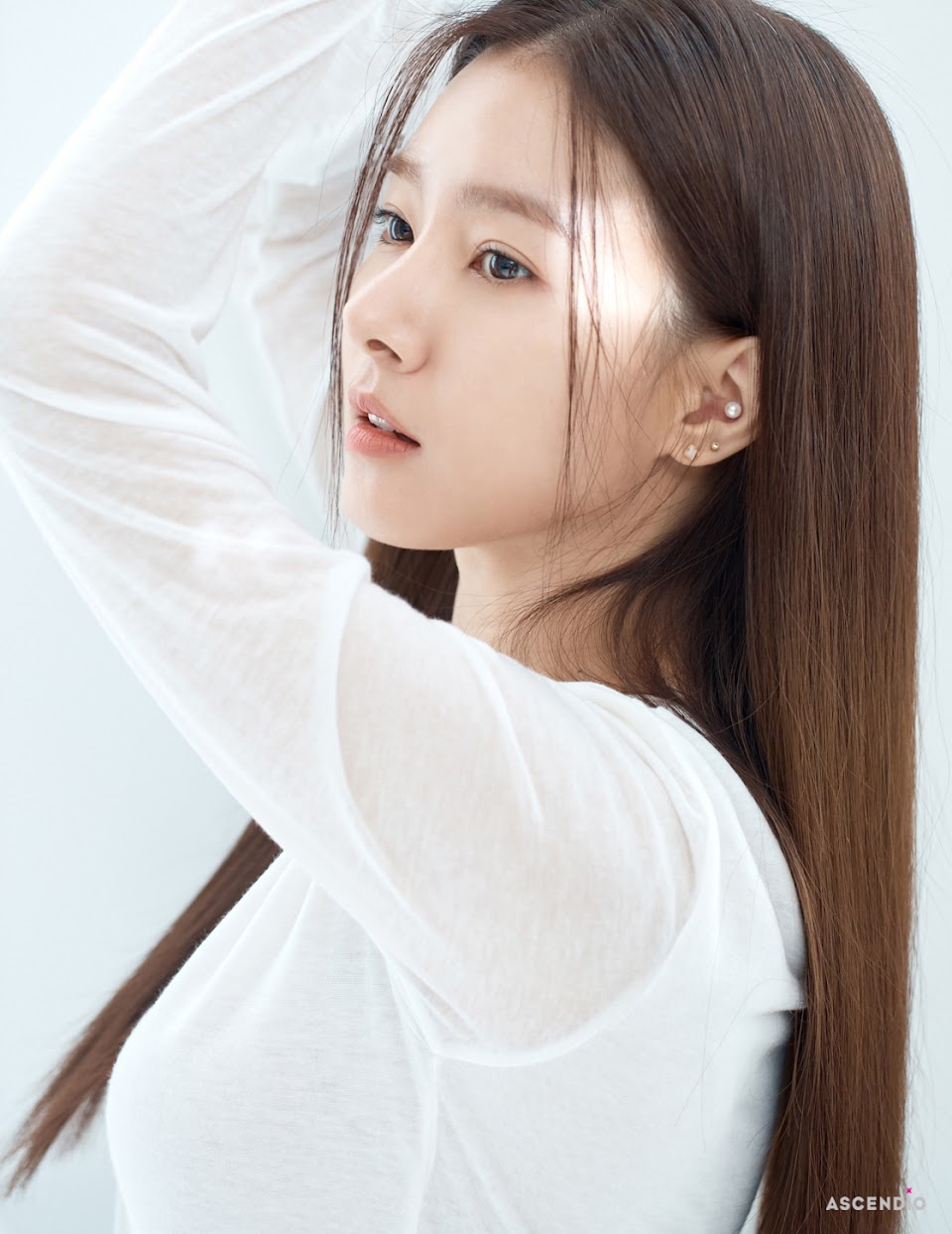 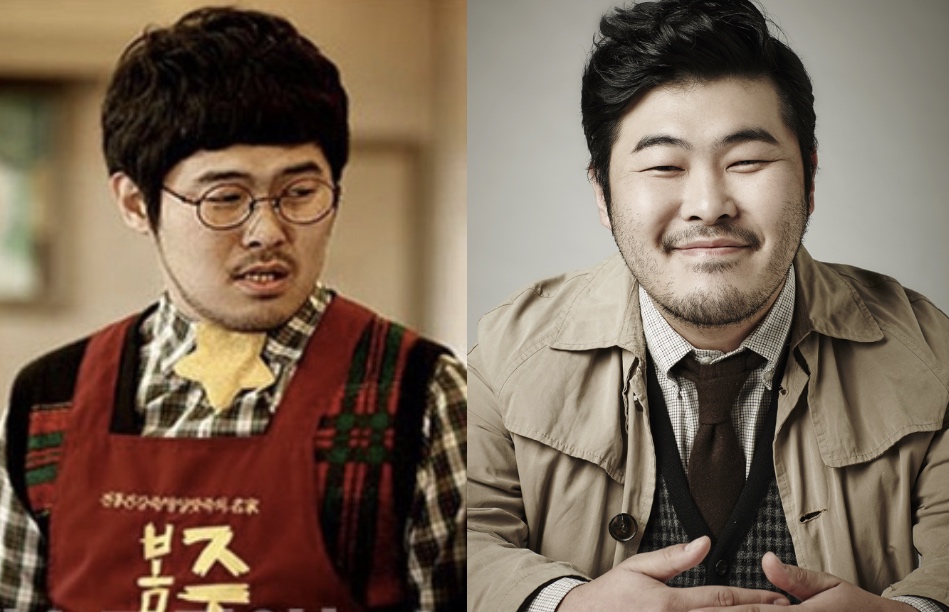 Jan Di’s strange porridge shop manager was already an established actor, having had supporting roles in My Lovely Kim Sam Soon, Thank You and Kimchi Cheese Smile prior to 2009. Since his appearance in Boys Over Flowers, he’s had steady work in further supporting roles, most notably Gu Family Book, Medical Top Team, My Lovely Girl and Heart to Heart. He played his first leading role in the film Geochang Massacre – Bloody Winter in 2013. 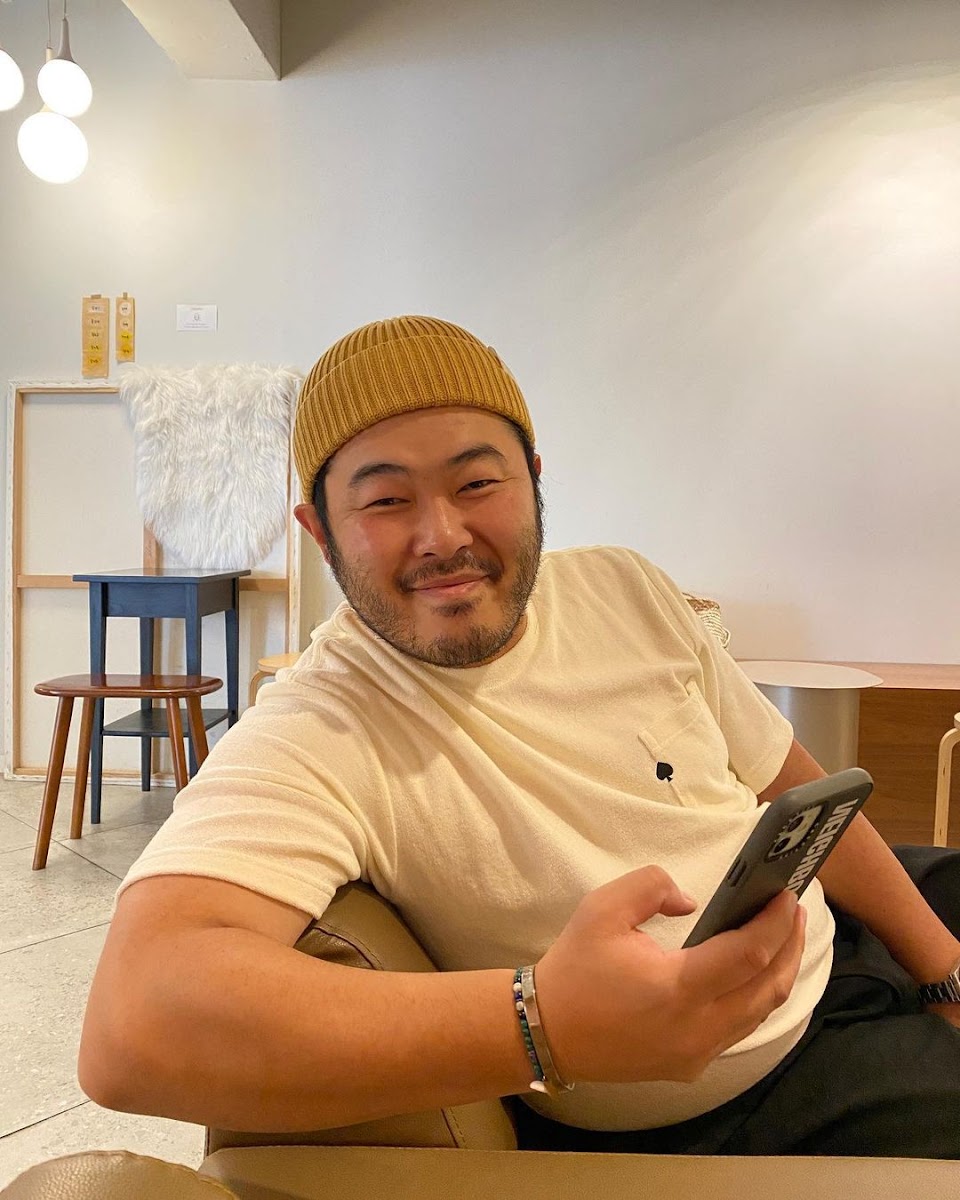 In mid-2017, Kim Ki Bang‘s agency, Mystic Entertainment, announced his engagement to Kim Hee Kyung, South Korean cosmetic brand Ground Plan‘s vice president, and they married in September. In 2021, he made his K-Drama comeback through Moonshine. 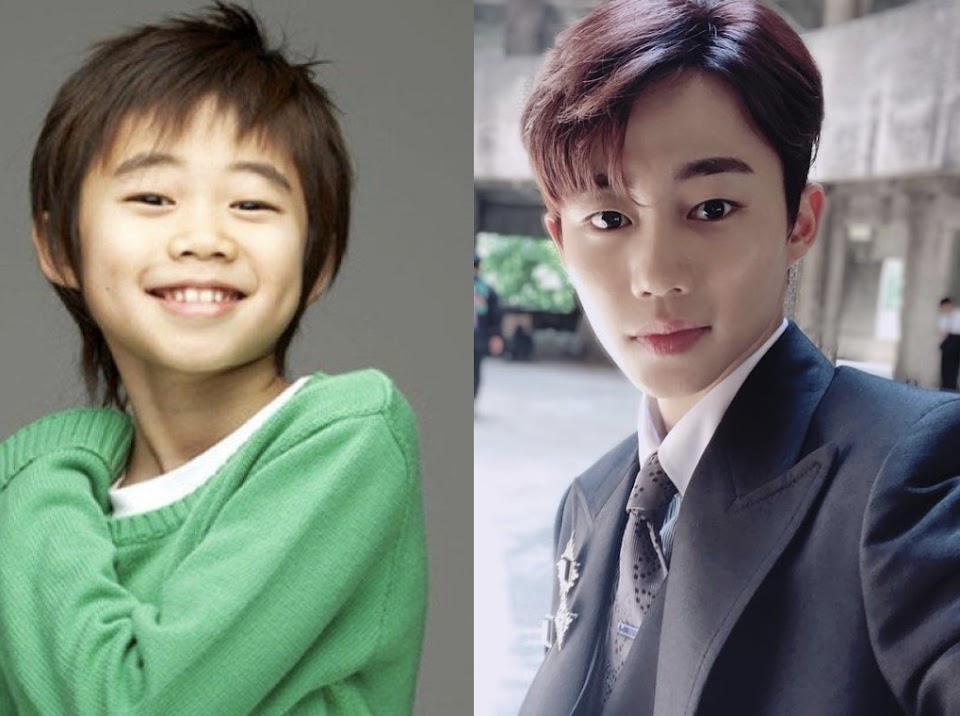 Jan Di’s cute brother was 14 years old when filming began in 2008, and he’s all grown up now, finished high school and has even completed his military service. After winning best young actor for Boys Over Flowers, he continued to act in dramas like Incarnation of Money and The Suspicious Housekeeper and was nominated again for an award for May Queen. Since his military discharge in 2017, he starred in Bad Papa and Big Issue. 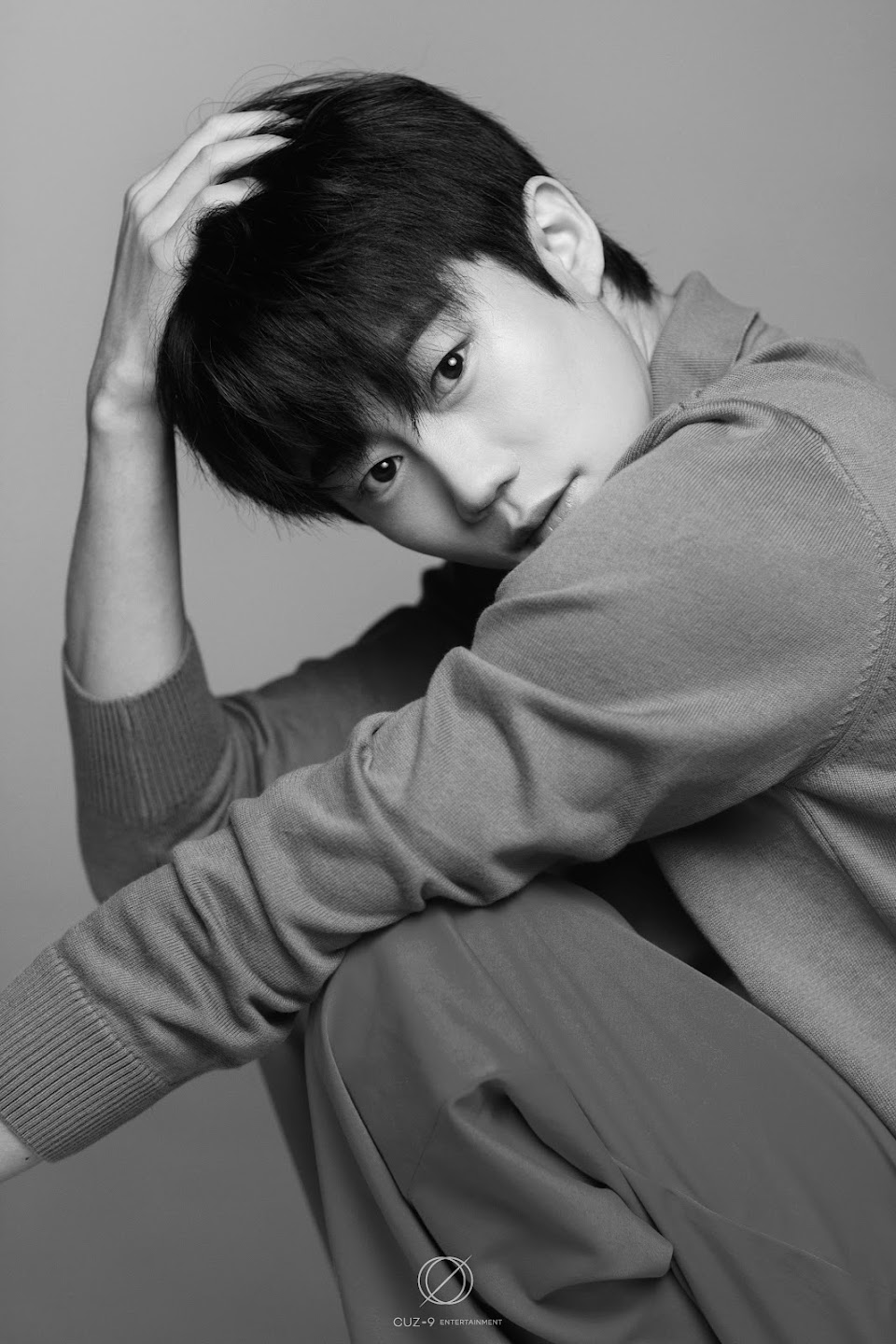 Since 2021, he has starred in Inspector Koo, Bloody Heart, and The Murderer’s Shopping List.