BTS‘s V might be a famous K-Pop artist known worldwide, but it seems like a day doesn’t go by without someone revealing just how genuine the idol really is.

Recently, V attended the VIP premiere of the film Broker, starring his friend Kang Dong Won. On the iconic photo wall, V looked as handsome as ever and cemented himself as a true idol with the star aura that had fans and media obsessed. 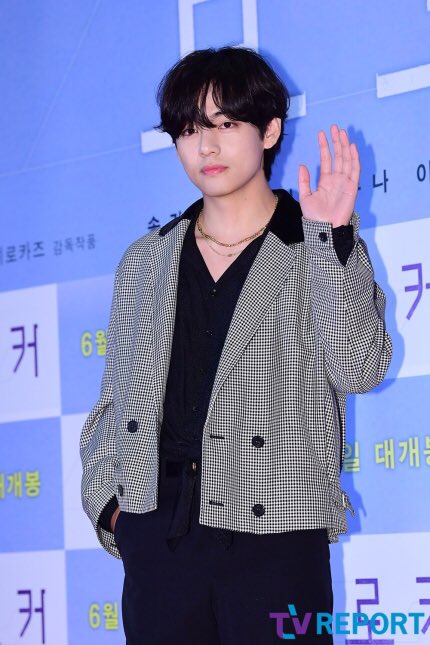 Yet, it seems like behind the scenes, V showcased his true personality even more and proved how nice a person he is.

In an interview, Kang Dong Won explained that although there were rumors that V was leaving America early, he didn’t know that the reason was because of the premiere.

If that wasn’t enough, Kang Dong Won also spilled on some TMI about V at the premiere which is enough to melt your heart.

When it comes to premieres, there is usually a hierarchy when it comes to where everyone sits. According to Kang Dong Won, V was meant to sit in the front of the cinema with him. The actor explained that the seating was based on different criteria, and specifically how close he is to the guests. There would also be some degree of influence depending on the success and popularity.

The seating differs per how close I am with them. Taehyung (V) was supposed to sit closer to the front.

However, it seemed that even the chance to be at the front amongst the show’s biggest stars wasn’t something that appealed to V. Instead, the idol chose to sit further at the back with the likes of musician Park Hyo Shin because it was where his friends were.

However, because of those who are close [to V,] he sat in the back. I thought it was fine for those who are younger to watch while putting their heads back. Taehyung was supposed to sit in the front.

Of course, netizens couldn’t stop praising V for choosing to sit towards the back of the cinema so that he could be with his friends, rather than basking in the spotlight at the front. Others also shared their praise as Kang Dong Won also revealed that the reason V and he became friends was all because of Park Hyo Shin, someone whose friendship is well-known to ARMY.

Considering the footage released of Kang Dong Won and V from the event and how genuinely adorable the idol looks, it isn’t surprising that the actor has nothing but kind words about his friend.

Once again, V continues to gain attention for his pure personality which showcases just how kind he is not only to fans and the media but particularly to those he is closest to.

You can read more about BTS’s V at the premiere below.