DJ Soda, one of Korea’s most famous DJs, was forced into a harrowing situation with American Airlines staff, who forced her to take her pants off due to its design featuring vulgar language.

I GOT KICKED OFF FROM @AmericanAir flight and they harassed me to take off my sponsored @RIPNDIP ‘F**K YOU’ sweatpants in front of people to board again. pic.twitter.com/YU0TrhZjry 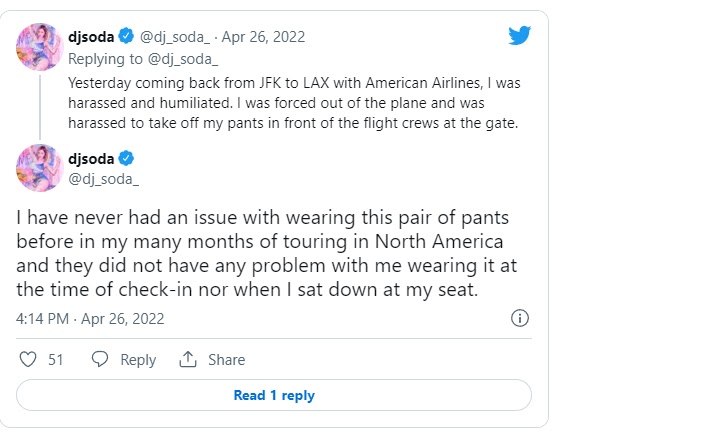 The pants in question are below.

DJ Soda stated that she was suddenly approached by a staff member and told she had to leave the plane as her pants were inappropriate. Due to a schedule, she had to take the flight she was on, so she tried to reason with the staff… but to no avail. 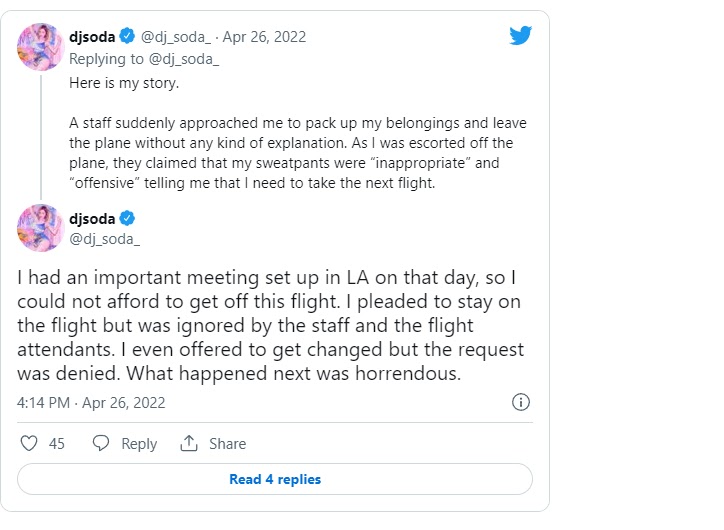 She continued, stating that she was forced to take her pants off in front of the entire crew, but they still refused to allow her to board and even made unnecessary comments. They eventually let her on board after an hour delay and she flipped her pants inside out – something she could have done on the plane without getting kicked off. 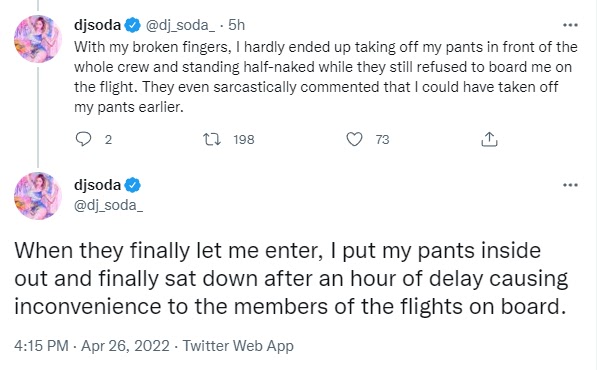 Due to the events, she was “mortified and trembling in fear” from the harassment from the airline staff and the inconvenience the whole situation caused to the others on board. She firmly stated that she will boycott American Airlines to prevent this from happening to others again. 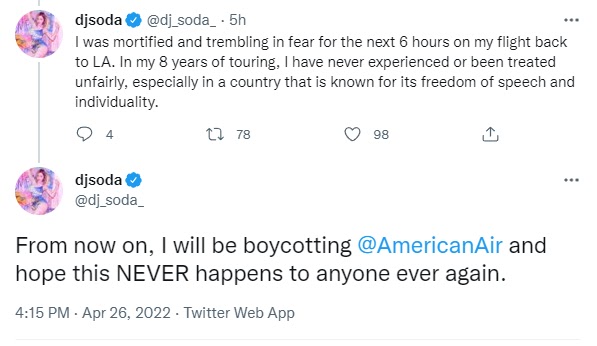 Many fans were understanding that her pants may make others uncomfortable but asserted that American Airlines should have taken action in a variety of other ways.

1. Provide pants to wear temporarily
2. Let her board first and ask in a polite way to change her clothes
3. Explain why her pants are against the regulations.
There were several actions they could have taken. https://t.co/jxc8qI1bbs

Idk… they weren’t wrong about her pants but there should have been a different approach. It could have been resolved on the plane by asking her to change her pants in the bathroom. If this went on for an hour there’s more to the story… https://t.co/H7FWYxbG0M

American Airlines has yet to respond to DJ Soda and the incident.