2022 Coachella (also known as The Coachella Valley Music and Arts Festival) is an annual music and arts festival held at the Empire Polo Club in Indio, California, in the Coachella Valley in the Colorado Desert. It’s one of the most highly anticipated music festivals as the music industry’s biggest names headline. It is known for even having A-listers just in attendance!

While Coachella is known for primarily catering to mainstream Western artists, the first weekend of 2022 Coachella low-key became a K-Pop music festival with many of our favorites taking to the stage. 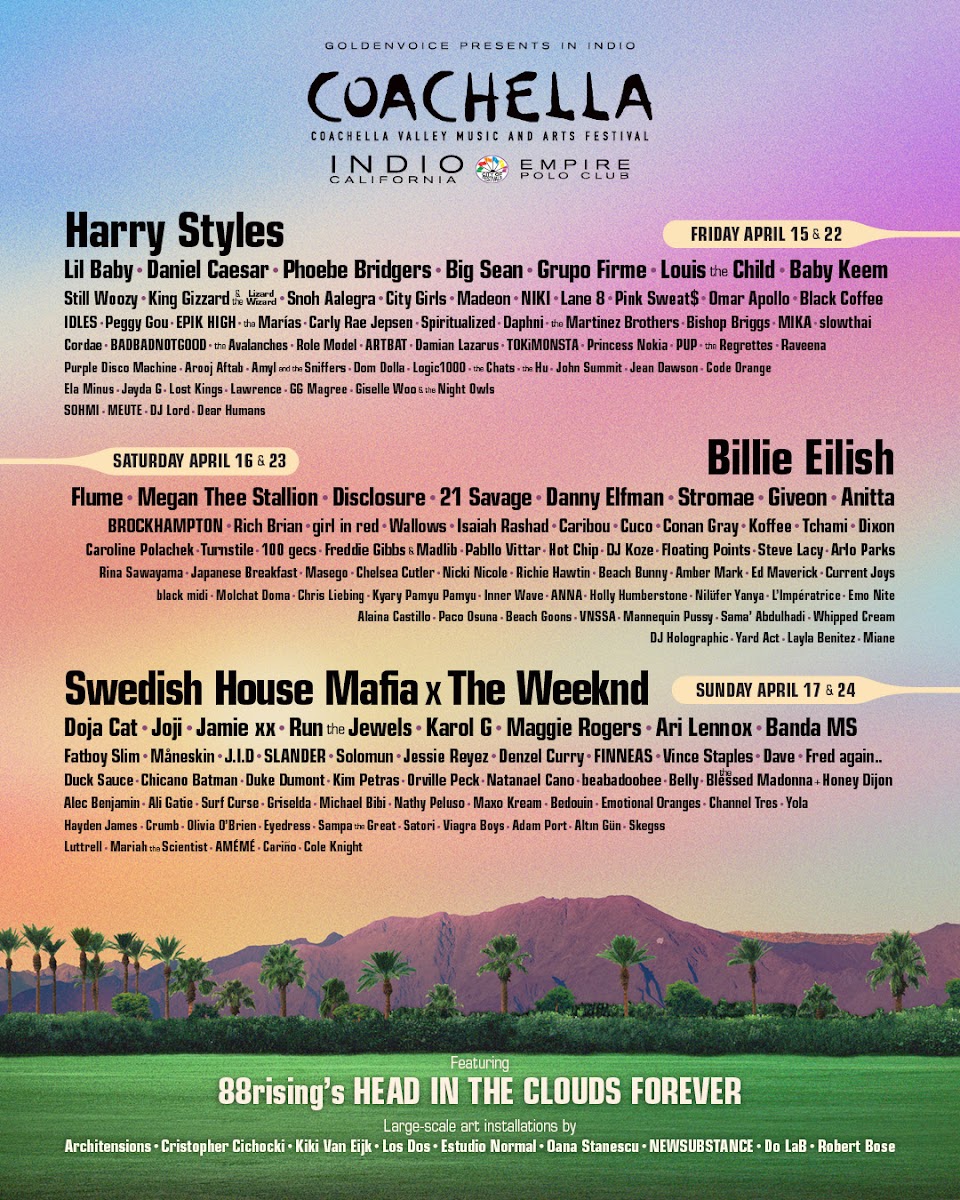 Recently, American multinational music company 88rising, which primarily focuses on helping emerging Asian artists in America, announced that several of its artists would be performing on the main stage as a collaboration between HEAD IN THE CLOUDS FOREVER and Coachella. Artists included Joji, Rich Brian, MILLI, Niki, and more.

That’s not all, though. So, here are 5+ K-Pop and/or Korean artists that appeared on the first weekend of 2022 Coachella.

On Saturday, the queen CL herself was a featured performing act!

…her fellow 2NE1 members made a comeback alongside her!

The group reunited for the first time since the 2015 MAMAs as they performed their 2011 mega-hit, “I Am The Best,” live on the main stage!

It’s a moment that K-Pop fans will remember forever, especially BLACKJACKs, who have been looking forward to this day for so long.

2ne1 singing I Am The Best at Coachella honestly felt like a dream omg 😭❤️‍🔥 pic.twitter.com/I9LGcE3Thp

Those who attended 2022 Coachella got to witness a historic moment.

Watch the @YouTube livestream for more surprises from the desert https://t.co/369m1pEHng pic.twitter.com/R40ntMdx5L

Thank you, 88rising, for making a dream a reality!

2NE1 was not the only legendary Korean hip hop group that performed at 2022 Coachella. Epik High was finally able to perform at the event, too, after much anticipation!

As always, the legendary group delivered a legendary performance…

Epik High performed on Friday, the first night of 2022 Coachella.

Yet, they will be returning the next weekend too!

Me: (calls Haru) Did u see the livestream by any chance?

Haru: Daddy, IT WAS AWESOME! You were literally THE BEST… I’m so proud of you!!!

She’s a member of the Feel Ghood Music record label founded by Tiger JK and his wife Yoon Mi Rae, and she represents them very well.

Her stage presence is no joke!

You just can’t help but fall in love with her.

If that wasn’t enough, though, the icon, rapper Yoon Mirae took the stage alongside BIBI to perform the hit “The Weekend!”

bibi performing ‘the weekend’ together with yoon mirae at coachella…. OUR QUEENS 👑 pic.twitter.com/YiTAXPc9pr

What did we do to deserve so much royalty all in one weekend?

As always, he brought everything and then some!

My guy @JacksonWang852 was turnt up! You can tell he loves performing! pic.twitter.com/RwITI1jnxM

Jackson performed his new single, “Blow,” which was truly magical.

We all couldn’t be more proud of him.

so proud of you jackson pic.twitter.com/jZ5Hl8rH5q

There are a couple of moments, though, from Jackson’s performance that are especially memorable.

Jackson stripping his shirt off? Yes, that image will now live in our brains rent-free.

Lastly, Jackson literally strumming one of the dancers like a guitar. RIP, us.

Jackson trended on social media throughout his performance (as he should) and made history as the first Chinese musician to perform at the main Coachella stage!

Congrats @JacksonWang852 for trending #1 worldwide after his historic performance as the first Chinese singer on the #Coachella main stage! So proud of you and can’t wait for #MAGICMAN! ❤️‍🔥❤️‍🔥@88rising @teamwangofcl #JacksonWangCoachella #HITCForever pic.twitter.com/kSk2UbMZho

Japanese Breakfast, also known as the Korean American musician Michelle Zauner, performed songs such as “Be Sweet” and “The Body Is A Blade.”

In 2019, BLACKPINK made history by becoming the first K-Pop group to perform at Coachella. Now, Jennie returned to the music festival as a fan rather than a performer.

was watching Brockhampton and then I turn and randomly see Jennie from Blackpink. Coachella crazy lol pic.twitter.com/llWJzmNvg4

She attended the stages of artists such as Billie Eilish.

2022 Coachella is certainly one for the history books, and there is still one more weekend of the music festival to come! Look forward to more updates.