EXO‘s Lay has personally announced he has left SM Entertainment in a letter to his fans.

In a hand-written letter to EXO-L around the world, Lay announced in English that his time as an SM Entertainment employee has ended, stating “It’s time to say goodbye as an employee of SM.” 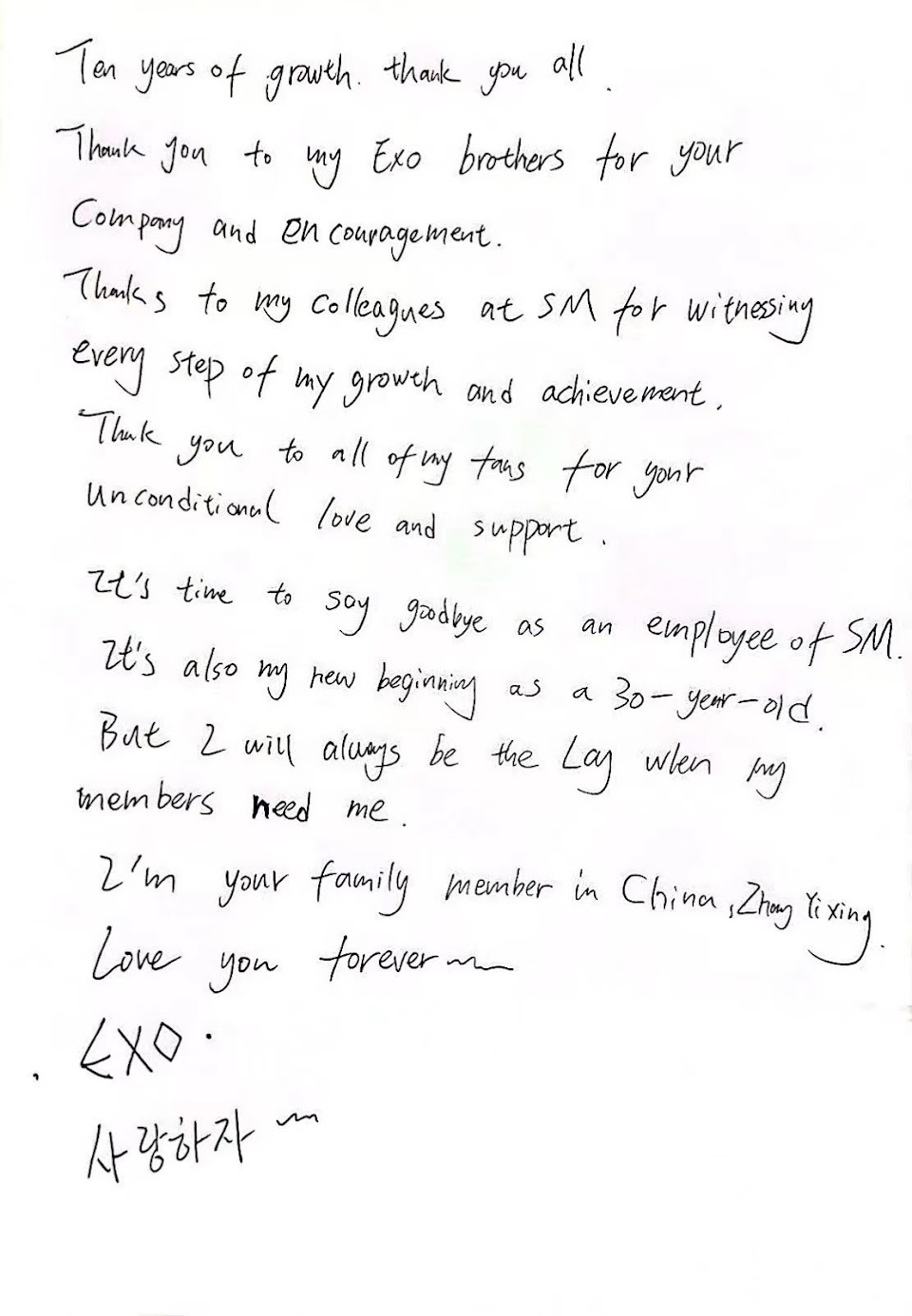 While Lay stated he has left SM Entertainment, he also said he would be available whenever EXO calls on him for promotions.

Currently, SM Entertainment have not released an official statement regarding Lay’s departure from the company.