You are here: Home / Kpop News / This Is Where All 12 Former IZ*ONE Members Are Now

Temporary girl group IZ*ONE officially disbanded on April 29, 2021, making it almost a year since they parted ways. While some members have gone on to join newly debuted girl groups, others have started solo careers or pursued other paths. Here is what we know about where all 12 former IZ*ONE members are now! 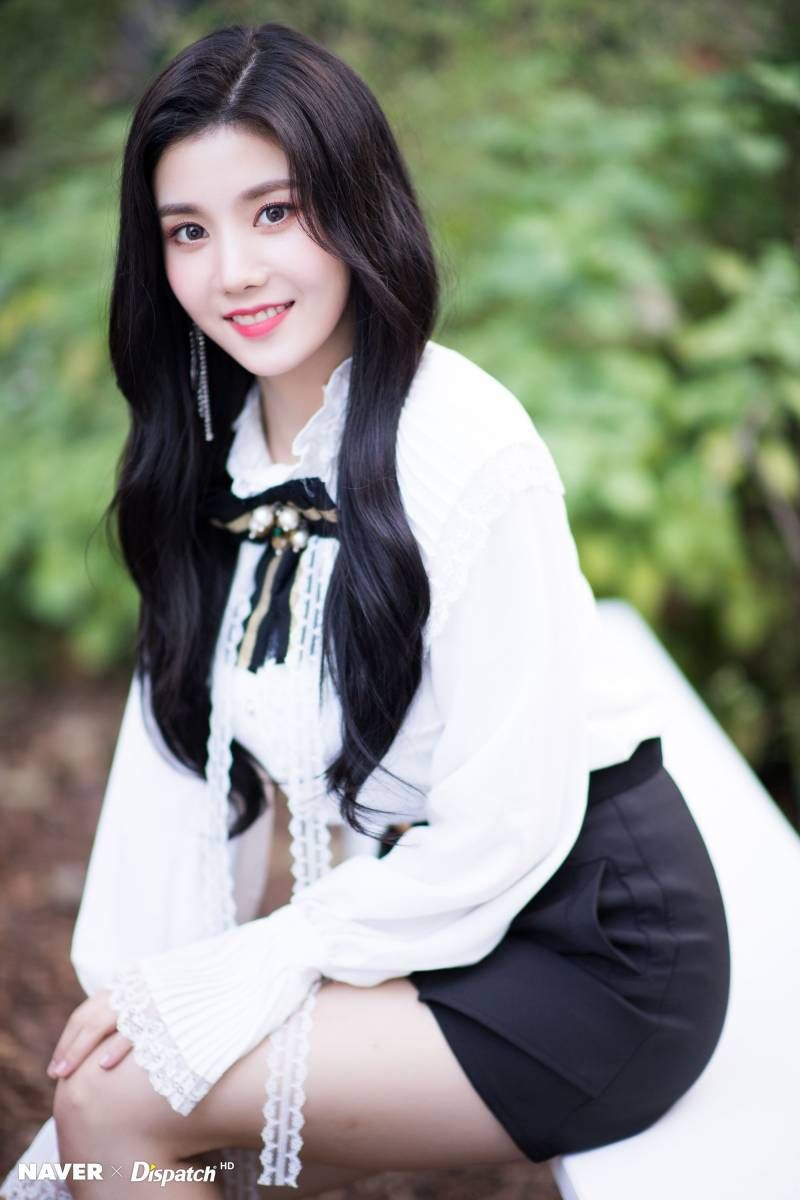 Eunbi represented her label, Woollim Entertainment, while she was on Produce 48 (where she ended up placing 7th overall), and she returned to the company after IZ*ONE’s disbandment. In July 2021, she announced that she was working on a solo debut album, and on August 24 she released her first mini-album, Open, with the title track “Door”! She has also released a couple of digital singles, as well as participated in the OSTs for Epic Seven and Rookie Cops. 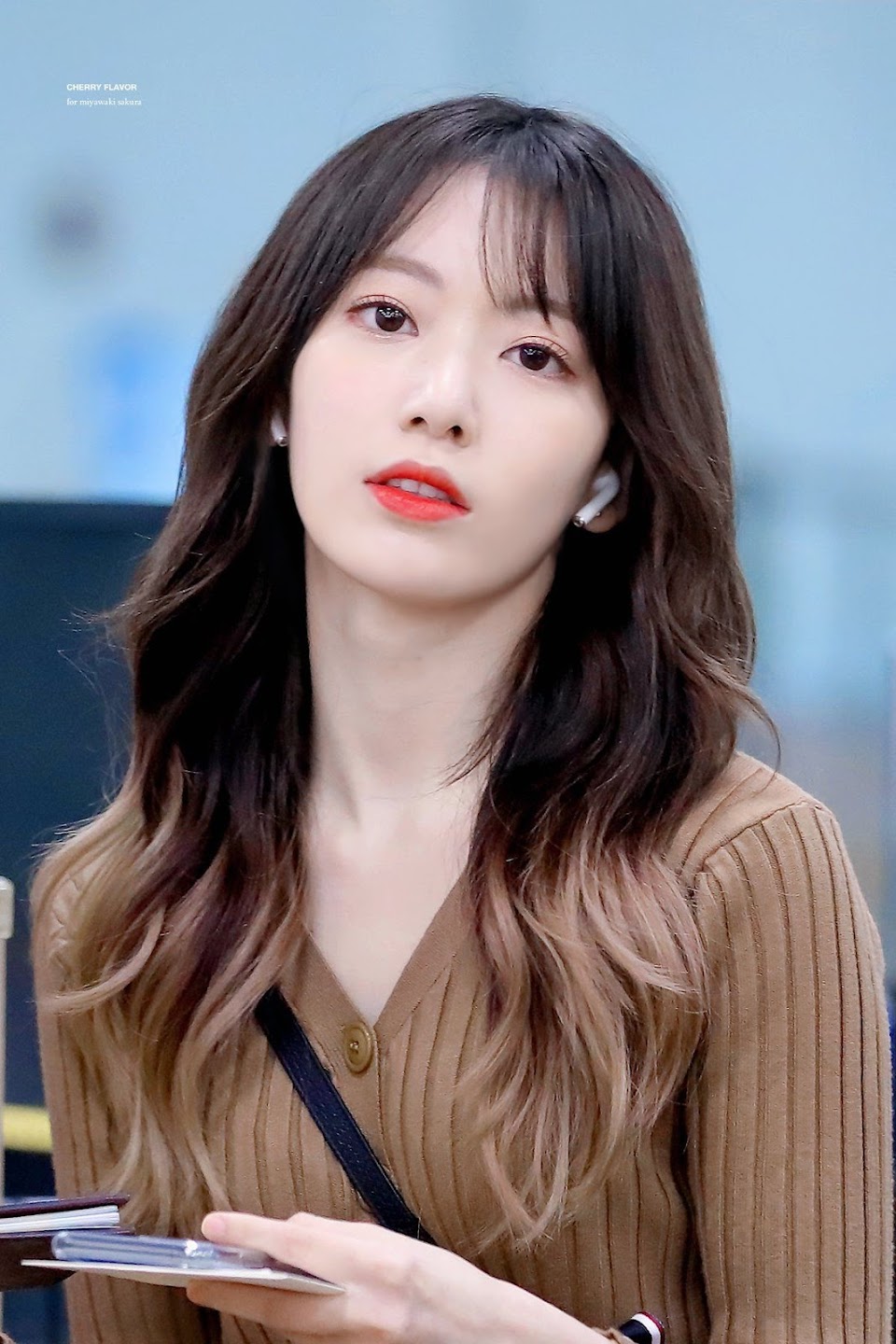 Before appearing on Produce 48, Sakura was a member of the Japanese group HKT48, which she debuted with in 2011. After IZ*ONE’s disbandment, she returned to Japan to finish her time with the group, and in May 2021, she announced her graduation from HKT48. She had her final theater performance and send-off party on June 27, and returned to South Korea in August.

Rumors quickly spread that she would be part of a new girl group under Source Music, especially after the news that she had been discussing a contract with HYBE Labels in August, but the company has stated that “We cannot confirm any details regarding an artist’s exclusive contract”.

In December 2021, she launched her own cosmetic brand called CRAN BY MOLAK. She also has a personal Instagram account, with over 2.1 million followers currently! 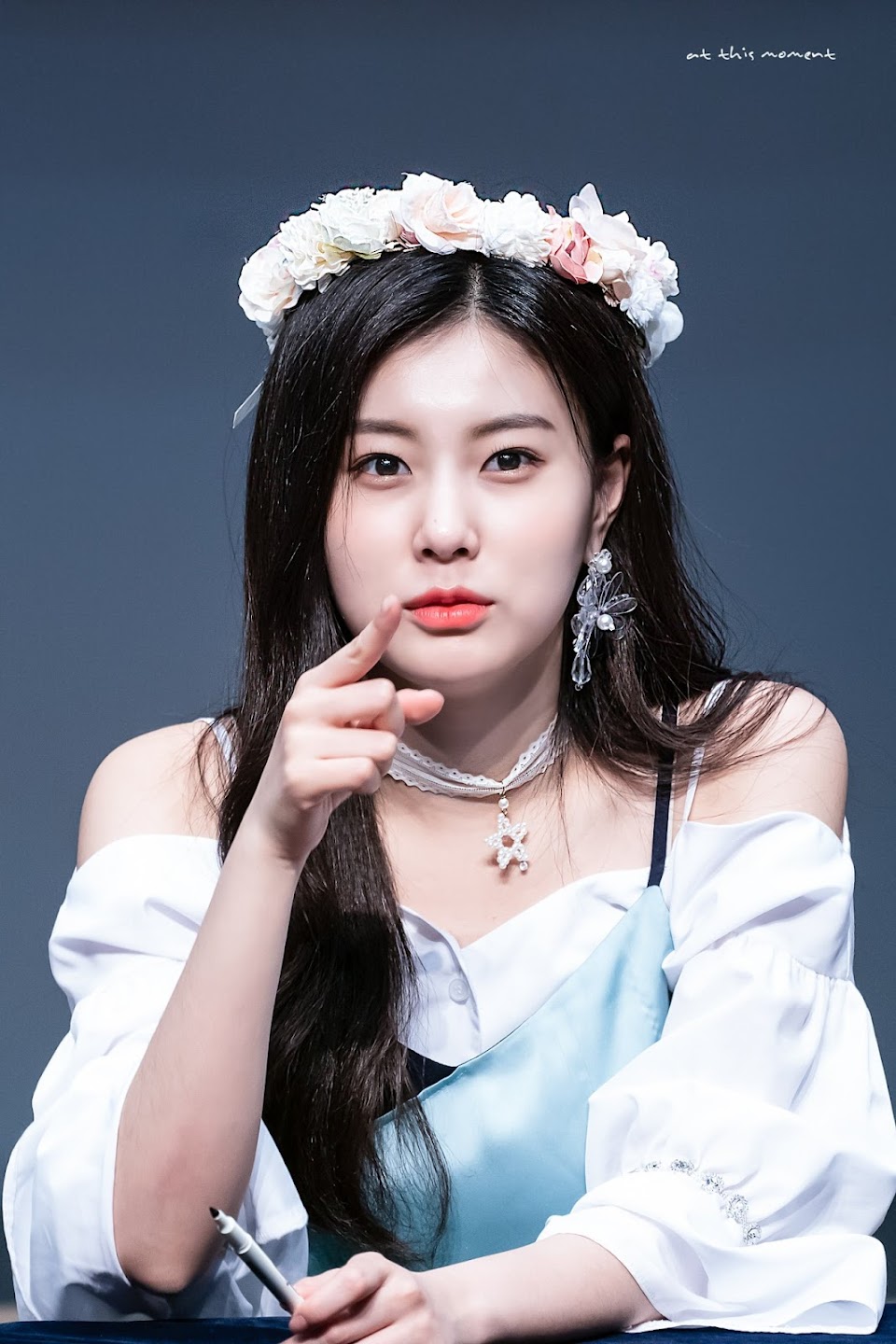 Hyewon represented her label, 8D Creative, during her time on Produce 48 (where she placed 8th), and returned to her label as a trainee upon IZ*ONE’s disbandment. Rumors began in July 2021 that she would be acting in the third season of the web series Best Mistake, which was confirmed in early September.

On December 22 last year, Hyewon released a special winter album, W, as a gift to her fans. She, too, has a personal Instagram account, with over 1.6 million followers! 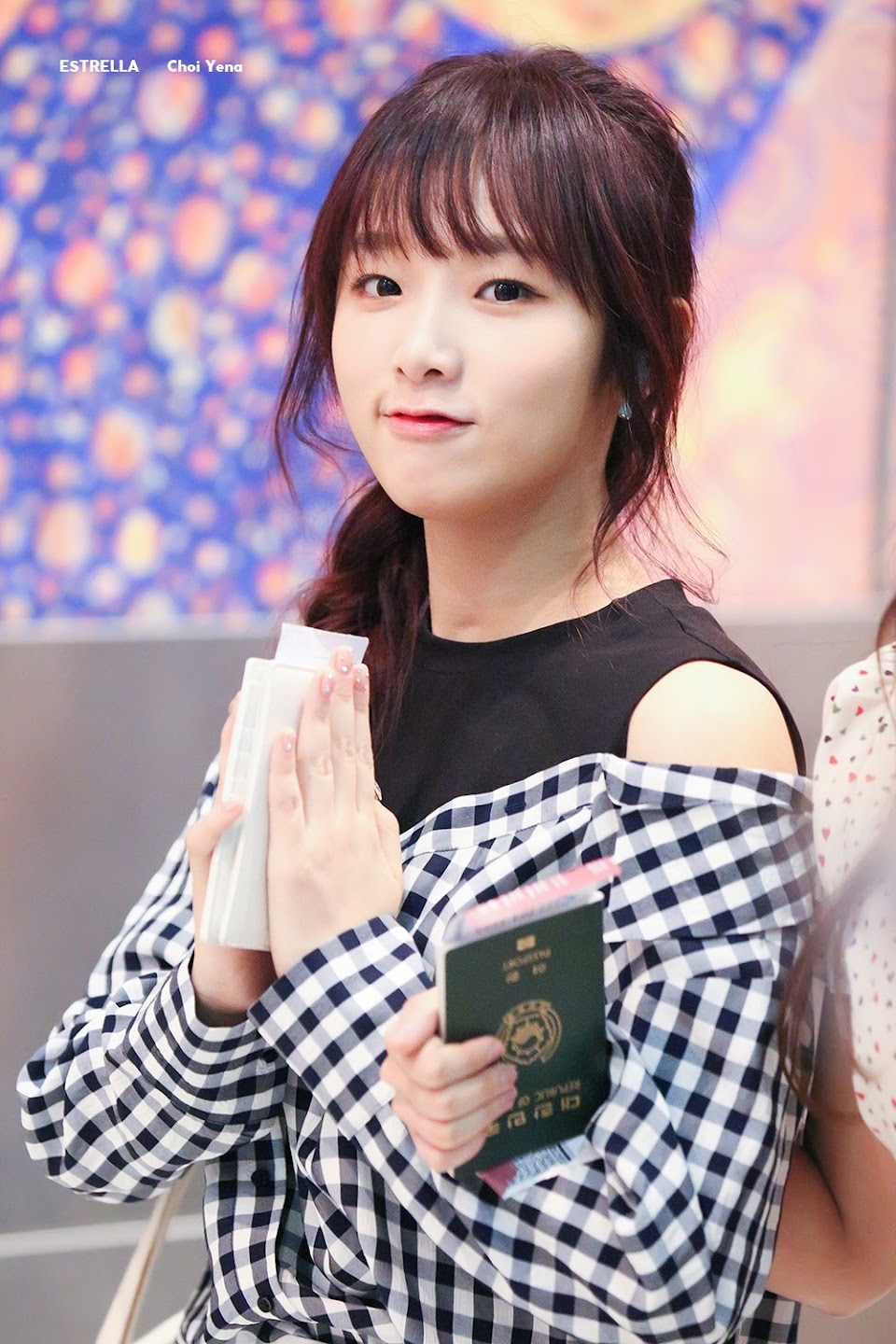 Yena represented her label, Yue Hua Entertainment, during her time on Produce 48 (where she placed 4th), and returned to the company as a trainee after finishing her time with IZ*ONE. While she was originally supposed to have her solo debut in the latter half of 2021, it was postponed until January 2022. In October of 2021, it was also announced that she would be acting as the lead female role in the series The World of My 17.

On January 17 this year, she released her first mini-album, ˣ‿ˣ (SMiLEY), with the title track “Smiley”. She participated in the writing and composing for many of the songs on the album, and is also the first member of IZ*ONE to receive an individual music award and Daesang! On her personal Instagram account, she has over 1.3 million followers. 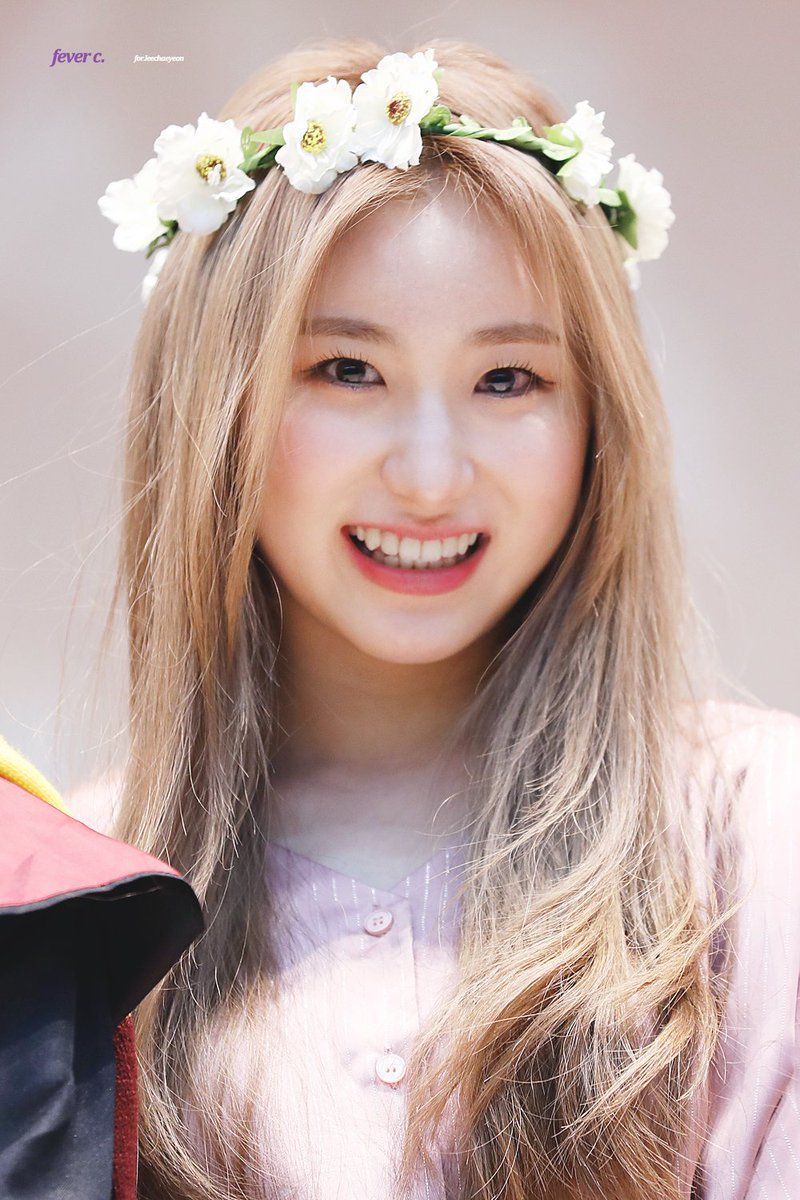 Chaeyeon represented her label, WM Entertainment, during her time on Produce 48 (where she placed 12th), and returned to the company as a trainee after IZ*ONE’s disbandment. She made her first public appearance since the disbandment in August 2021 on the dance survival show Street Woman Fighter, and ended up placing 7th overall on the show.

Apart from this and some other dance recordings, she has been fairly quiet since IZ*ONE’s disbandment. She is active on her Instagram account, however, which has around 1.4 million followers! 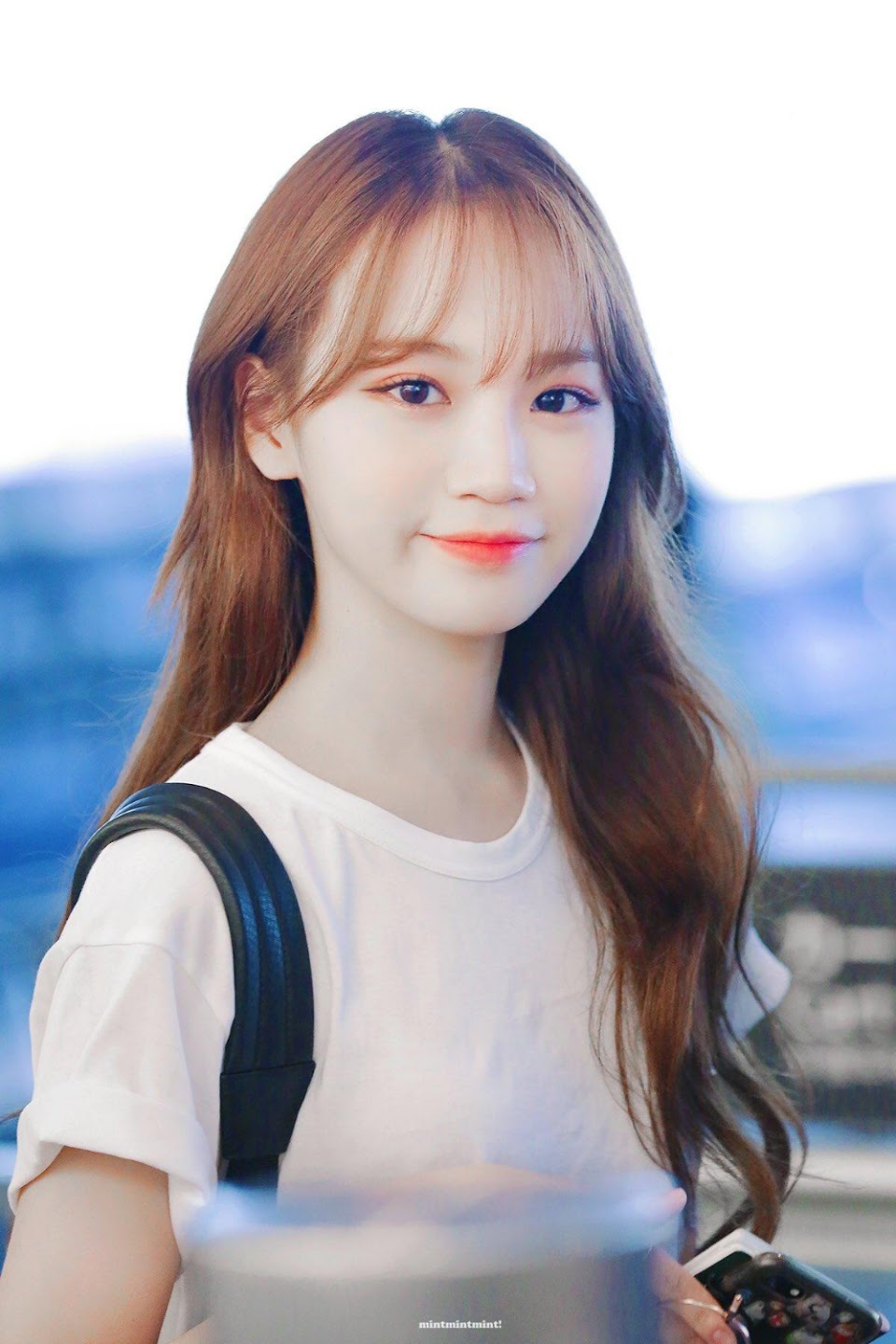 Chaewon joined Produce 48 has a representative for her label, Woollim Entertainment, and returned to the company as a trainee after IZ*ONE’s disbandment. Like Sakura, rumors began in August 2021 that she would become part of Source Music’s new girl group, but both HYBE Labels and Woollim Entertainment said that they couldn’t confirm or deny the rumors.

Later on, she was removed from Woollim Entertainment’s website, adding further speculation that she has been transferred over to HYBE Labels. Besides this, she also has a personal Instagram account, which has about 1.1 million followers, though it hasn’t been used since last August. 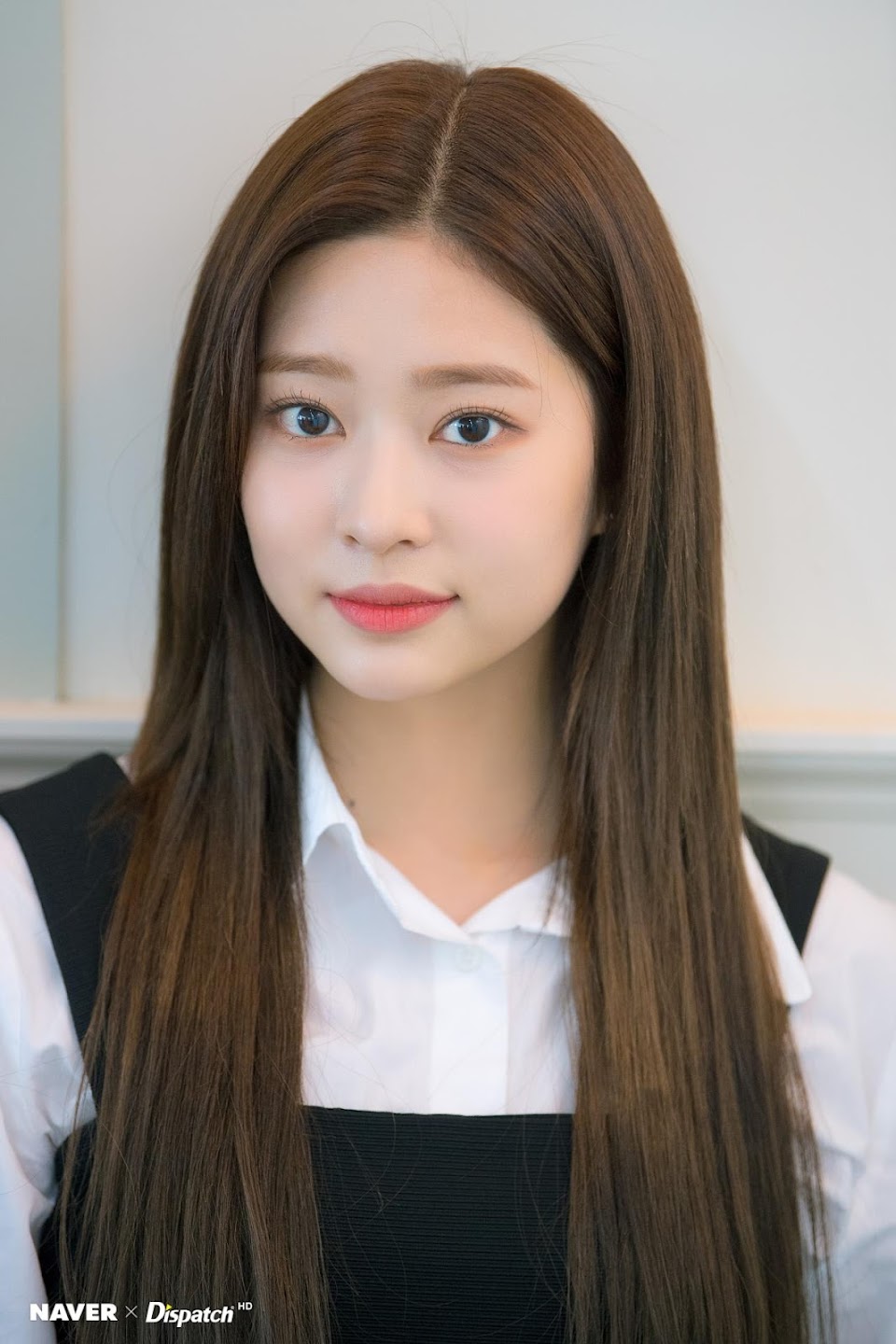 Minju represented her label, Urban Works Entertainment, during her time on Produce 48 (where she placed 11th), and returned to the company as a trainee after her time with IZ*ONE was complete. As with Chaewon and Sakura, there were initially rumors about her joining Source Music’s new girl group; however, she instead has decided to pursue her passion for acting, and will focus on her career as an actress going into the future. 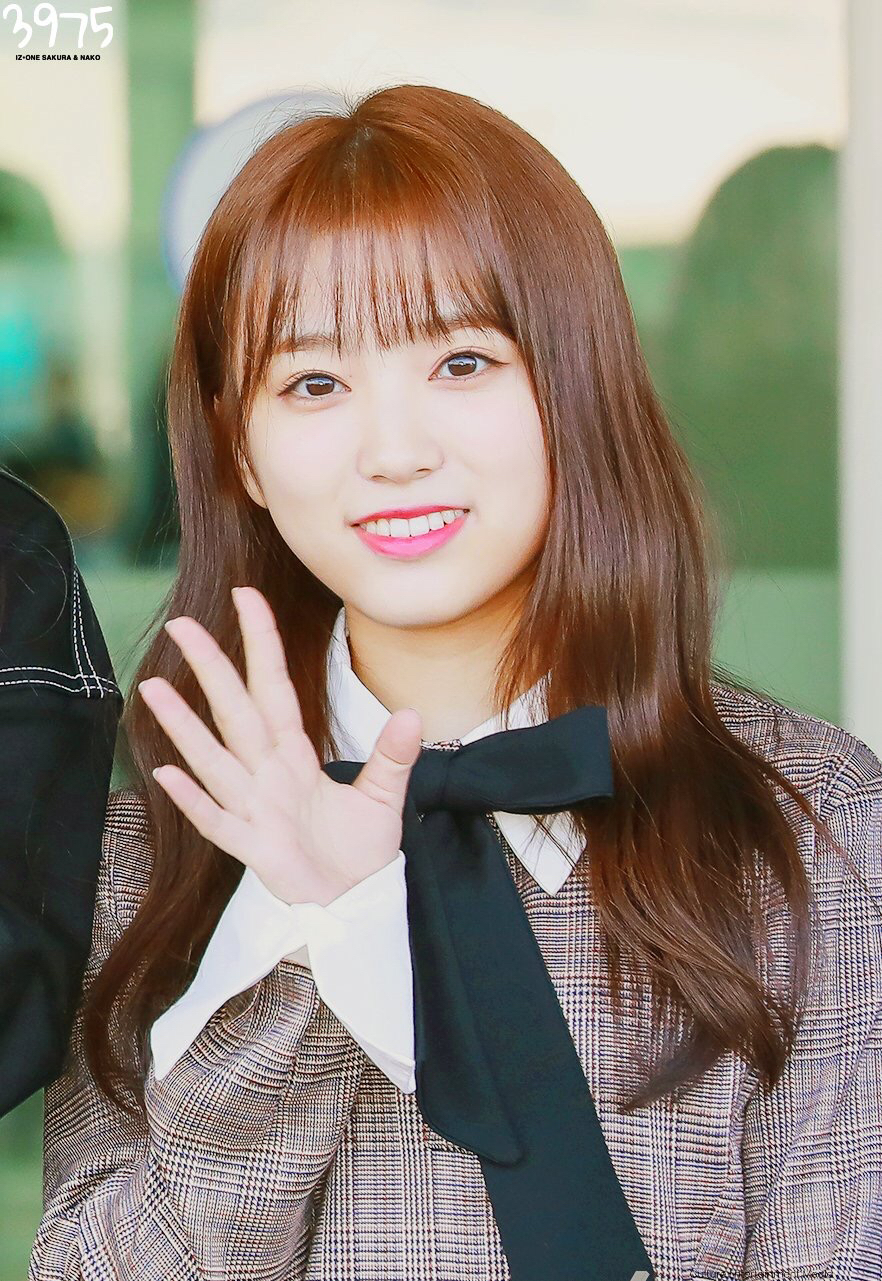 Nako began her career in 2013 as a member of the Japanese group HKT48 when she was just 12 years old. She ended up placing 6th when she participated on Produce 48 in 2018, and after her time with IZ*ONE was complete, she returned to Japan and HKT48. 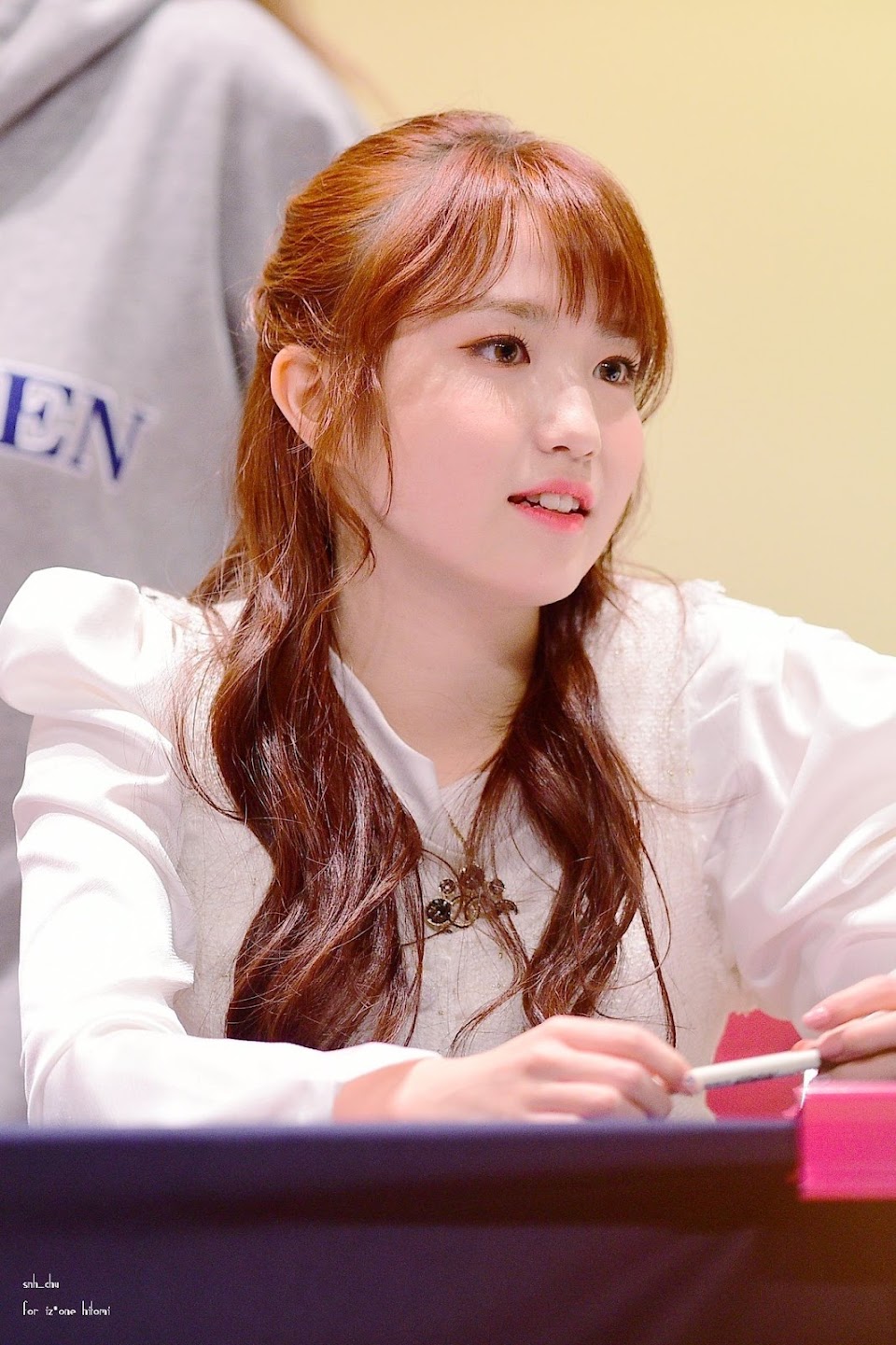 Prior to her time on Produce 48, Hitomi joined the Japanese group AKB48 in 2014 at the age of 12. She finished in 9th place on the competition show, and after her time with IZ*ONE, she returned to Japan and AKB48.

She had her first comeback with the Japanese group in September 2021 with their 58th single, “Nemohamo Rumor”. However, in January 2022, her then-label, Vernalossom, announced that her contract had ended and that she would be transferred to DH. Like Nako, she is also very active on Instagram and TikTok, where she has 1.2 million and 460k followers respectively! 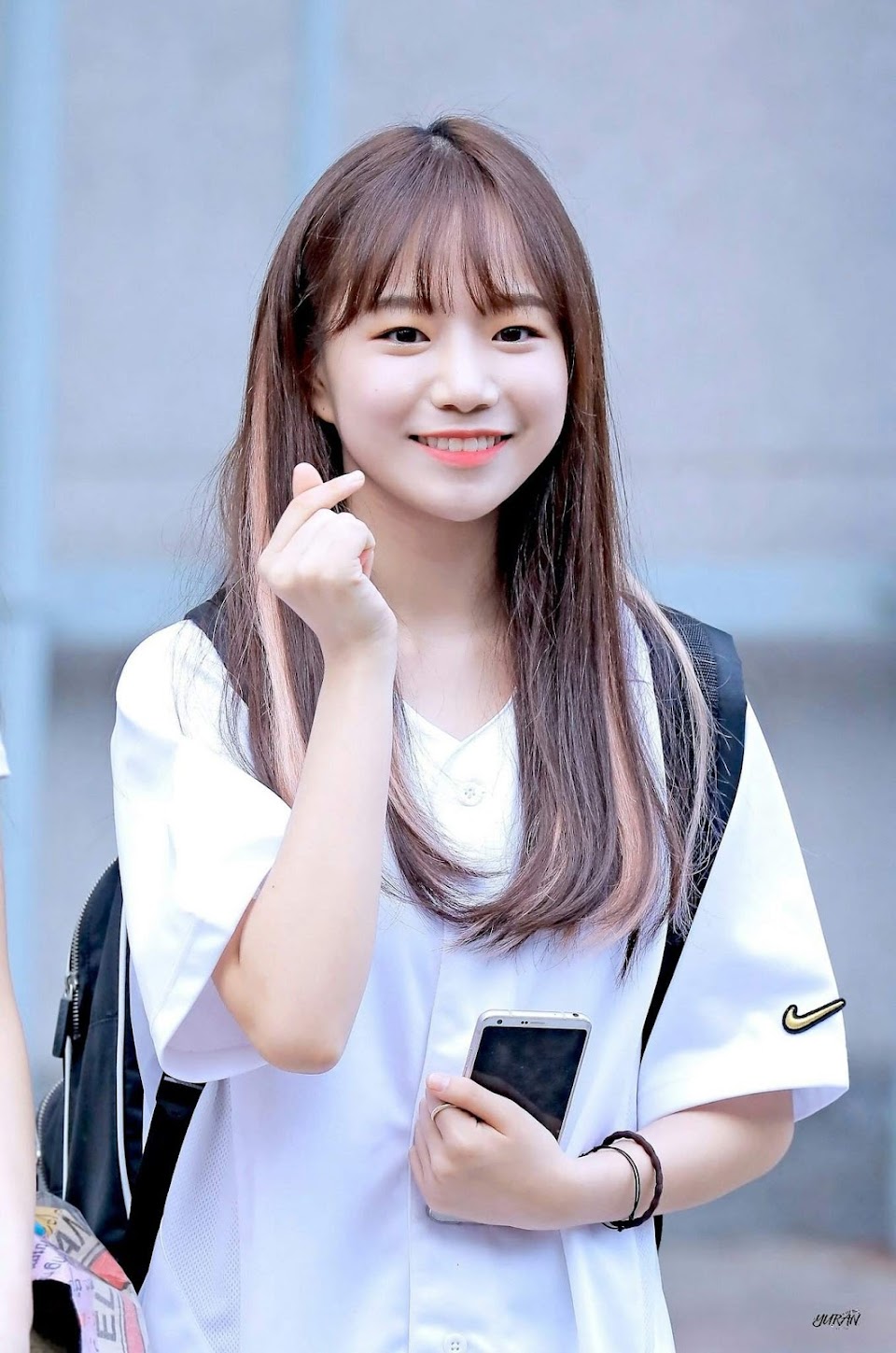 Yuri represented her label, Stone Music Entertainment, on Produce 48 (where she placed 3rd), and returned to the company as a trainee after IZ*ONE’s disbandment. In May 2021, it was announced that she would be making a solo debut later that year, and on October 7 she released her first single able, Glassy, with a title track of the same name. 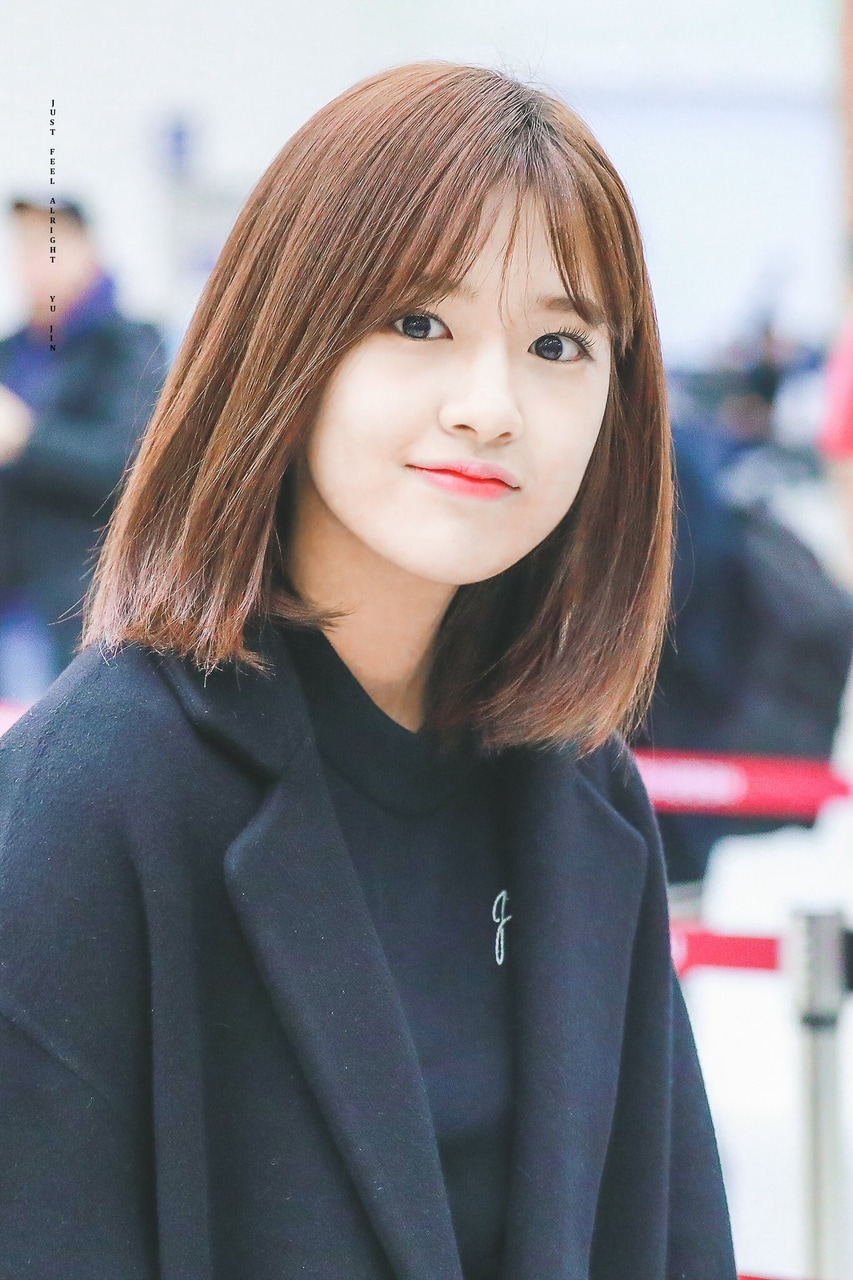 Yujin represented her label, Starship Entertainment, during her time on Produce 48 (where she ended up placing 5th), and returned to the company after IZ*ONE’s disbandment. Since February 2021, she has also served as an MC for Inkigayo, though she had to take a break for a time due to her contracting COVID-19, and she returned to the show on October 24. 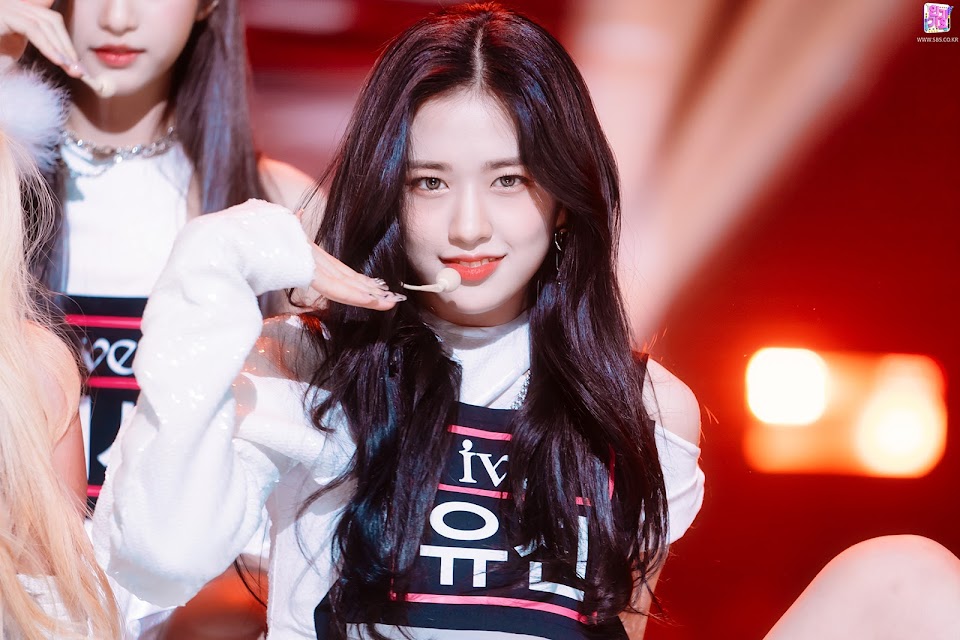 In August 2021, it was rumored that she and fellow former IZ*ONE member Wonyoung would be part of Starship Entertainment’s new girl group, though it wasn’t confirmed that they would be joining until November when all of the members of IVE were announced. The group debuted on December 1 with the single “Eleven”, and Yujin serves as the group’s leader and vocalist. 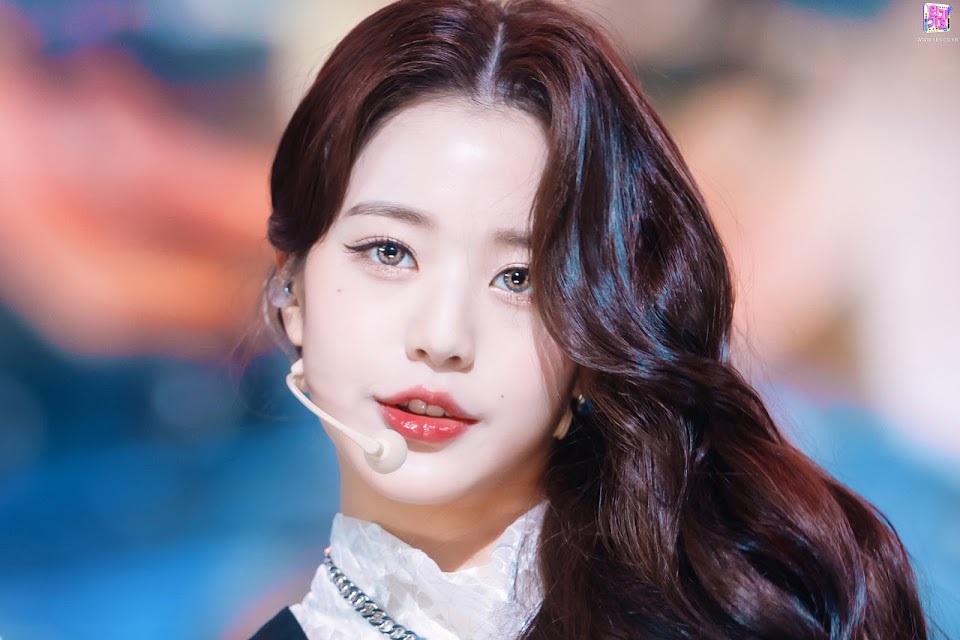 As with Yujin, Wonyoung also represented her label Starship Entertainment while on Produce 48 (where she placed first), and returned as a trainee after her time with IZ*ONE. Also like Yujin, she was rumored to become part of the company’s upcoming girl group, though it wasn’t confirmed until November.

She also became an MC of Music Bank in October 2021 alongside ENHYPEN‘s Sunghoon, and still holds that role currently. She debuted as a vocalist with IVE in early December, and also has a personal Instagram account with over 3.3 million followers!