A diary-entry style Twitter post by BTS‘s Suga from 2016 resurfaced on Weverse, touching fans once again with his sincere words. In the post, he reveals what he did while on vacation and expresses himself on a personal level as Min Yoongi and not Suga. Below are his Tweets: 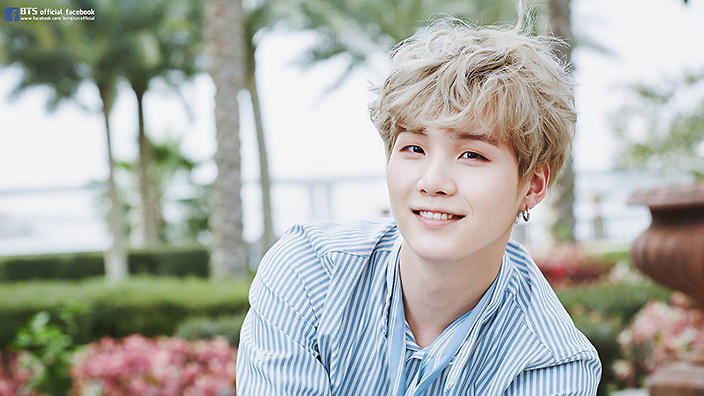 “Hell this is Suga. Many people were curious as to what I did during my vacation. To put it short, I walked, slept, and thought a lot. There were thoughts I needed to organize before starting to work on my mixtape so I wanted to go on a trip. Plus there was a place that I had to go to as well.”

“I wanted to do something that 24 year old Min Yoongi could do and not 24 year old Suga. This was a time for me to reflect on myself and the stories I am about to tell is not about a singer and fan or BTS and ARMY, but about a person telling their story to people.”

“I am the most sad when I realize that I cannot treat everyone fairly when dealing with many people. I don’t want to hurt anyone, but I can’t. I think I am still lacking as a person.”

“I haven’t been able to sleep deeply since the second day of our Kobe concert. Maybe it’s because I’ve hurt so many people…I’m always woken up by a cold sweat.”

“This is why there is a place that I need to visit. During my vacation I went to Kobe. A lot of people tried to stop me from going but I felt that I could never forgive myself if I didn’t. So off I went to Kobe.”

“This is the second time I have visited a concert location after a concert has finished. The first time was after our first Red Bullet concert at Ax Hall. The second is the stage that I couldn’t perform on: Kobe World Hall.”

“I don’t like becoming dull. I don’t want to take for granted all the honor and love from our fans. That’s why I revisited those concert halls because I didn’t want to become dull.”

“I love performing on stage and still love it today. I loved it even when I was 17 and performed in front of 2 people. I was able to look at those two people in the eyes because I was genuine in what I was doing. I feel like after debut, I haven’t been as genuine. It could be because I’ve realized that I am still lacking in so many areas.”

“And on the first concert day for HYYH, I was able to confidently look at the audience.”

“But after not being able to perform on that second day in Kobe, I wasn’t able to confidently look at everyone in the eyes. That is why I visited Kobe again and kept walking around the concert hall until the time our concert had started there.”

“I wanted to know how all of you felt as you waited for our concerts, from the ticketing booth to all the different corners of the concert hall. I felt many emotions. Happiness. The feeling of excitement, sadness, anger, disappointment as you wait for a concert. I wanted to understand you and I do. That is why I am sorry and apologize for not being a perfect person.”

“I once again felt that I was a person that lacked so much. Someone who is weak but acts strong. Although I am not religious I prayed while I was there. I know that all this will come to an end someday. Although there is an end I hope to remember how I felt while I was here and never forget this feeling.”

“As someone who liked being alone all the time, all of you have become a huge part of my life. Your age, gender, race, religion, language is not important to me. A music program schedule was suddenly scheduled and so I returned home a day earlier than planned.”

“I was able to organize a lot of my thoughts before returning home. I was able to once again understand that I was truly blessed and that I should be someone that should be thankful for every moment. Thank you ARMY for making me a blessed person. I know I may not express myself a lot.”

“I am writing this message to express my feelings and thoughts to you. I will live every moment being thankful because I am a person that lacks. I love you ARMY.”

Suga’s heartfelt and genuine message revealed a more personal side of himself and allowed fans to understand what he was feeling at that time in his career. Suga continues to stick by his statement and lives each day with nothing but gratitude as he strives to show his best to his fans.