Influencer and Single’s Inferno star Song Ji A has been in a bit of a pickle recently. She was heavily criticized for having worn fake designer goods on the show, as well as showing them off on her social media. In particular, fans pointed out the Dior tube top that she wore on the show. It became a part of her iconic fashion on Single’s Inferno.

However, the top was actually a commonly sold one on various internet shopping malls.

Eagle-eyed netizens then spotted that fellow castmate Ahn Yea Won had previously also sported a blue version of the same top in a photoshoot. 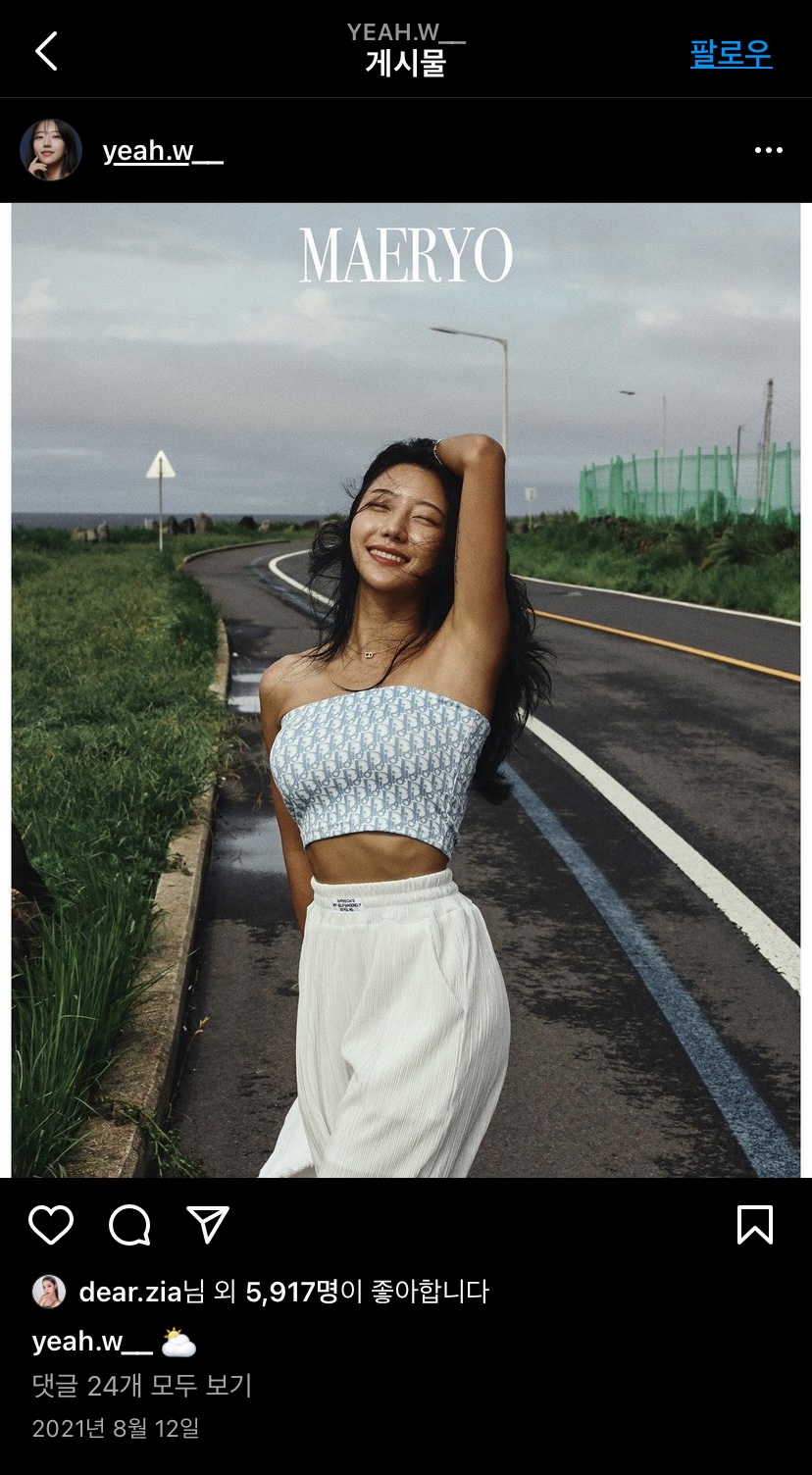 Ahn Yea Won rocked the blue top with casual sweatpants and showed off her gorgeous figure. But it brought the obvious question — why was it okay for Yea Won to wear it and not Ji A?

Netizens were quick to answer. Yea Won had purely worn the top as a fashion piece and did not build up any image as a rich girl. Although it was still technically wrong of her to have worn a copy piece that infringed on the rights of the original brand and designer, Koreans did not feel as if she largely lied to the public in any way. On the other hand, Ji A had built up an image of being the carefree rich girl, and hence it was a huge blow to the public when it was discovered that she had been wearing copies.

What do you think? Double standards or logical reasoning?