After Netflix started airing their newest Korean reality show Single’s Inferno, the contestants on the series have seen unprecedented popularity. Yet, one person who was already well known in Korea is social media influencer Song Ji A, known as Free Zia.

When she appeared in the series, she gained attention for not only her stunning looks and visuals, which resembled IVE‘s Wonyoung and BLACKPINK‘s Jennie, but also her designer wardrobe. She instantly made an impact dressed in big names such as Chanel and Dior on the show. 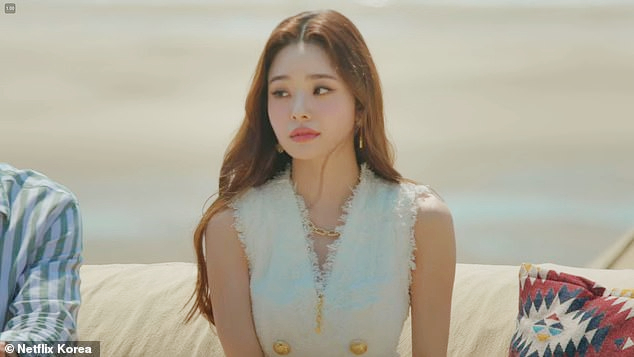 For example, when Ji A first entered the villa, she wore a Chanel logo shirt.

However, after looking at the original design on the label’s website, they noticed the distinct differences between the two. It included the color and design of the logo and the pattern.

Another Chanel item that netizens noticed was a cute cardigan familiar to fans as it is a favorite of BLACKPINK’s Jennie. In Ji A’s photo, she was posing with a Barbie doll and easily looked like she was wearing designer goods…

But many pointed out that everything from the buttons to the pockets seemed different compared to Jennie.

One other user went a step further and saw a dress from Ji A’s time on the island and found that it was apparently by a brand called Marine Serre. Yet, they noticed that it wasn’t possible despite trying to find the dress and was on a Chinese website sold for ₩28,900 KRW (about $ 24.30 USD). 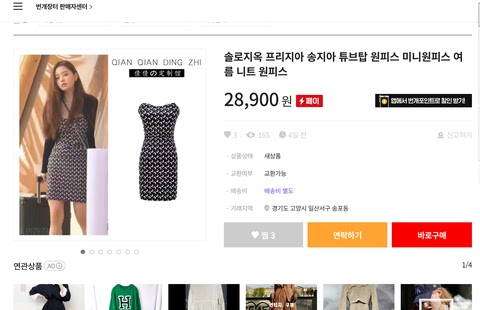 Although it isn’t unusual for people to spend less and get the same affordable look for designer brands, many netizens pointed out that it went against Ji A’s image and lifestyle by promoting brands that she doesn’t wear.

Yet, many others, including Western netizens, shared that it wasn’t a huge issue and explained that many people buy clothes that imitate huge fashion brands because the costs are very high. However, they did say it’s a shame that she felt the need to fake her lifestyle.

Many netizens want Ji A to address the issue because although it is her choice about what she wears, many think it creates a false identity and infringes the hard work designers have put into their garments.