We might only be a few days into 2022, but BTS‘s Jungkook has already been making the most of the year by breaking the internet daily. After the group created their own Instagram accounts, the members have been sending fans into meltdown with their updates, and Jungkook is no exception.

At the start of the year, Jungkook treated fans to a beautiful sunset picture…

He then shared images of his dog Bam’s family…

But it seems as if Jungkook wasn’t going to leave ARMYs with just that for the year and quickly came back on December 2 (KST) with a new video that sent fans into excitement. He posted a video of himself with his boxing coach Tommy.

ARMYs worldwide couldn’t get enough of the video when the video was posted, and it isn’t surprising why. Jungkook has once again proved why he is the “Golden Maknae” because he’s good at everything.

reasons why you should fear jungkook : he can lift 45kgs on both arms, he can run fast, he managed to push a swing boat ride with his hyungs on it (5), he has a black belt in taekwondo, he can boxe really fast and he has bam to protect him

However, it seems as if ARMYs weren’t the only ones stunned by the videos. After the video was posted, V decided to show his own reaction to the clip in the comments by posting three very shocked emojis.

Unsurprisingly, V seemed surprised by the talents of the group’s maknae, and it was definitely #relatable.

If ARMYs couldn’t get enough of the video itself, the fact that V had responded to Jungkook with these emojis was enough to send them back into excitement.

Yet, it isn’t the first time that Jungkook has showcased his boxing skills. Throughout the years, Jungkook and Tommy have shared clips of their training, leaving ARMYs shook.

After posting the video, it wasn’t just Jungkook who caught the attention of fans. The boxing trainer’s Instagram followers sky-rocketed from just 8K to 60K+ followers, and now has nearly 100,000 a day after the video was posted. 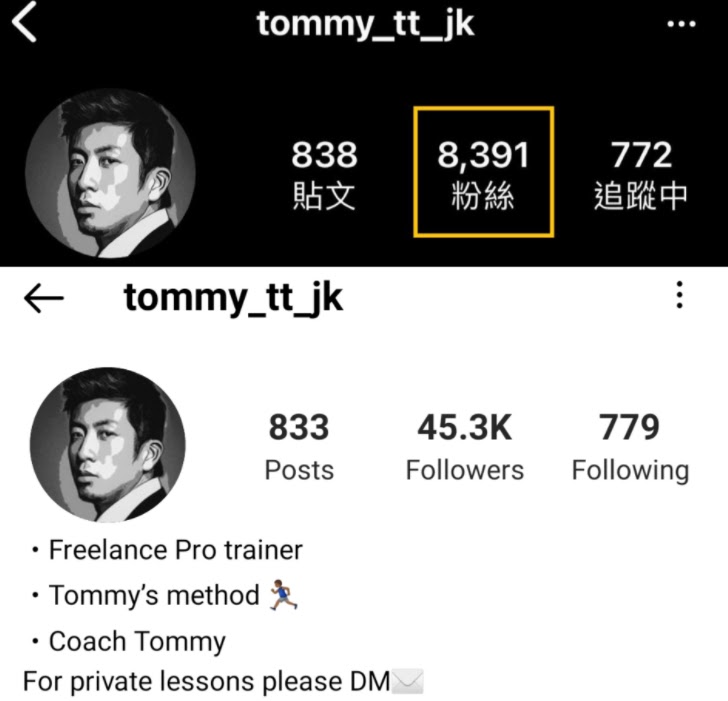 Hopefully, now that Jungkook has his own platform and has been sharing TMI with ARMYs, fans can see more of his progress with his boxing because it is definitely hot AF!

You can read more about Jungkook breaking the internet in 2022 below.