It is well known that BTS is literally taken over the world, and their music can be heard on the radio, television, and even in shopping centers. Yet, the group has made an unexpected cameo in a well-known and loved television series!

Recently, BTS’s smash-hit “Dynamite” made an appearance in the Netflix series Emily in Paris. The series is a comedy-drama about Emily (played by Lily Collins), an American woman who joins a French marketing firm in Paris.

After landing a job as an emcee at a drag bar, Emily’s friend Mindy (played by Ashley Park) showcased her new role in episode one, where she performed “Dynamite” to an adoring audience.

As expected, Ashley slayed the role, and the song caught the attention of ARMYs worldwide for her stunning rendition of the hit track.

However, it wasn’t just ARMYs who showcased their love for the cameo. When the episode was aired, both RM and V shared their appreciation for the show on their Instagram! While V reposted a scene from the show, RM shared the same clip with the caption, “Wow,” with his laughter heard. 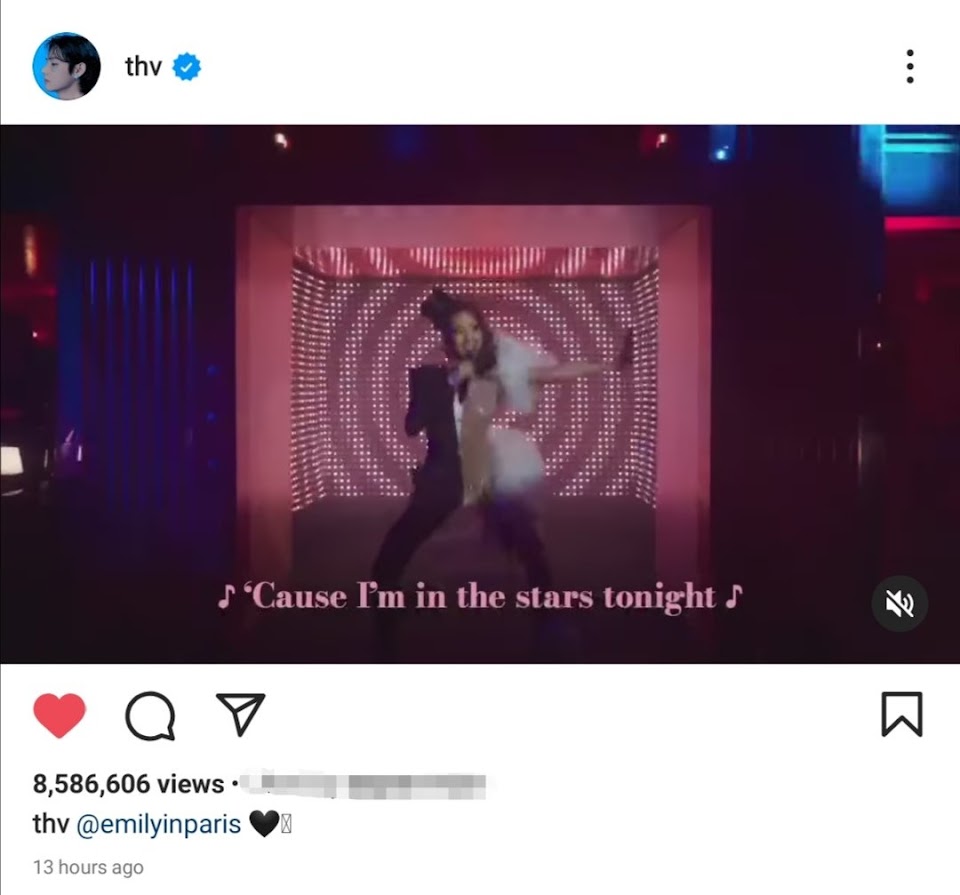 Luckily, Ashley Park managed to see the love the BTS members were sharing. On her own Instagram story, Ashley reposted V’s story of the scene she was involved in. 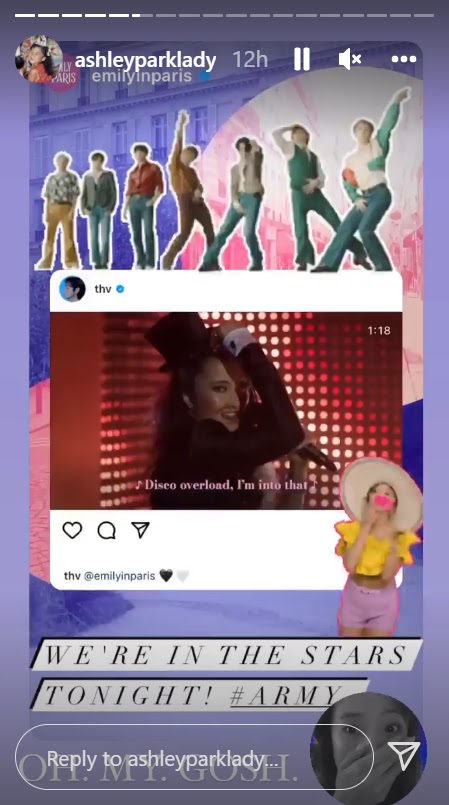 She then posted a story of her own reaction to his support and seemed shocked as she said, “I want to cry...”

She also shared a small paragraph showcasing how she felt about the recognition. In particular, as she has a Korean mom, she shared how honored she was to sing the track.

Truly speechless that members of BTS have shared the @emilyinparis ‘Dynamite’ performance. Truly means so much to me, I have such respect for @bts.bighitofficial for all they do as artists and especially as Koreans on a global scale… so singing their song was gift enough. Taehyung and Namjoon, I’m so happy you enjoyed this cover as much as I love your music and getting to sing it. Next time, come to Paris and hopefully, we can sing together.

At the end of the paragraph, she used a purple heart, Korean flag, and music notes, all emojis that perfectly showcased her emotions and what she had said.

Yet, Ashley Park isn’t the only cast member who has shared their appreciation for the members. ARMYs think V lived his best life after his celebrity crush and leading lady Lily Collins reposted V’s Instagram story.

There is no denying that Ashley Park did the song so much justice, and it isn’t surprising that both BTS and ARMYs can’t get enough of it.

You can read more about the cameo below.