BTS recently completed the first part of their PERMISSION TO DANCE ON STAGE tour in LA, where they created so many memorable moments with ARMYs over four nights. From Squid Game cosplay to showing abs and much more, it was definitely a moment to remember for both the group and fans.

After their shows, members Jin, Jungkook, and Jimin returned to Korea on December 6 while the other members stayed in America to enjoy their extended vacation time. When the three members arrived at the airport in Korea, fans were waiting and couldn’t get enough of their stunning visuals and outfit choices despite the long flight.

It seems as if two more members recently returned to Korea and gained a lot of attention for their own airport fashion choices. On December 9, V and J-Hope arrived back in Korea through Incheon International Airport. When they arrived, both members were greeted by ARMYs and the press.

Luckily, neither disappointed the crowds with their visuals and choice of outfits, which were definitely unique! J-Hope had already made fans aware of his return to Korea through his Instagram, posting a picture of himself on the plane.

J-Hope is known for his focus on his unique style and using his clothes to showcase good causes, and his arrival at the airport cemented his title as the resident fashion king.

In the images, J-Hope was a fluffy brown bathrobe with a bright yellow t-shirt and a pair of sunglasses. Although it might seem like a random mix, J-Hope pulled it off effortlessly as he waved to the crowds. 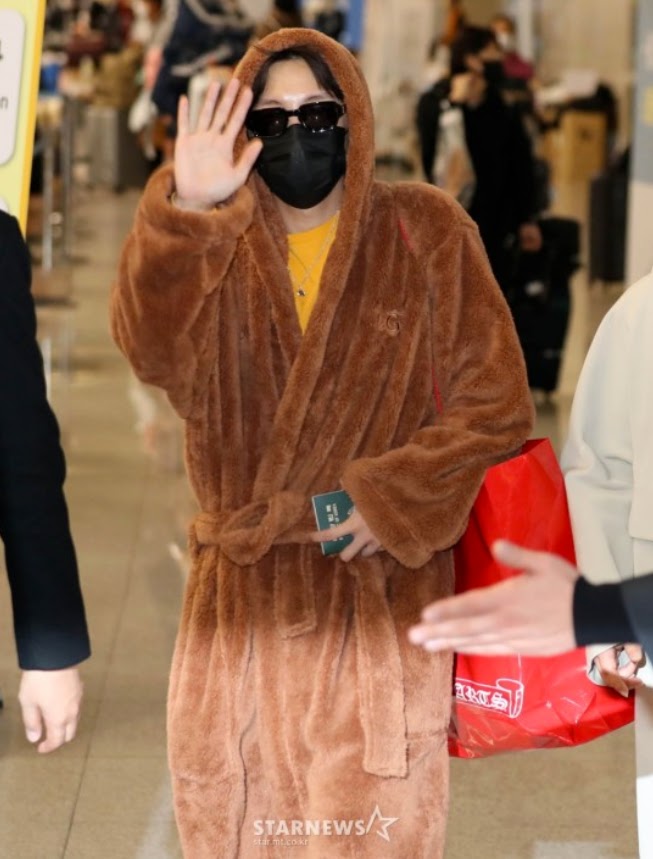 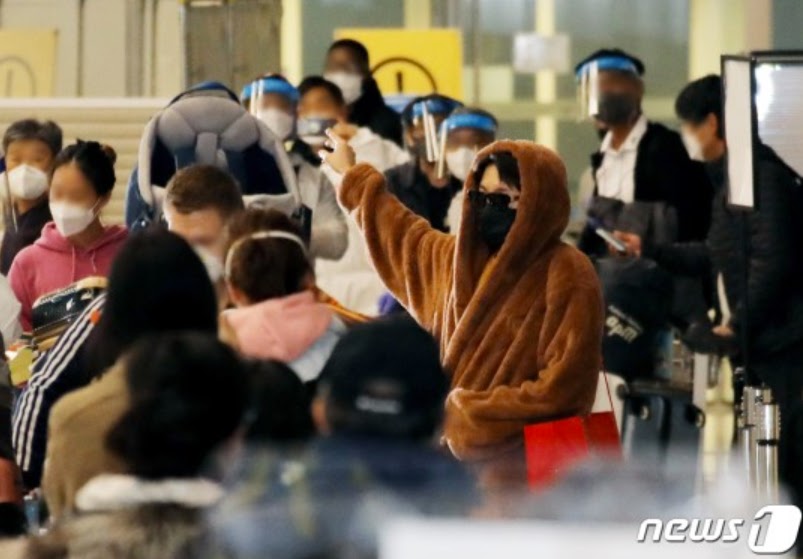 If J-Hope slayed with his airport outfit, V wasn’t going to let the side down and went with a similar outfit choice by also wearing a fluffy black jacket. However, he teamed it with some summery patterned Louis Vuitton shorts and sliders that brought the sunshine to a cold and wintery Korea. 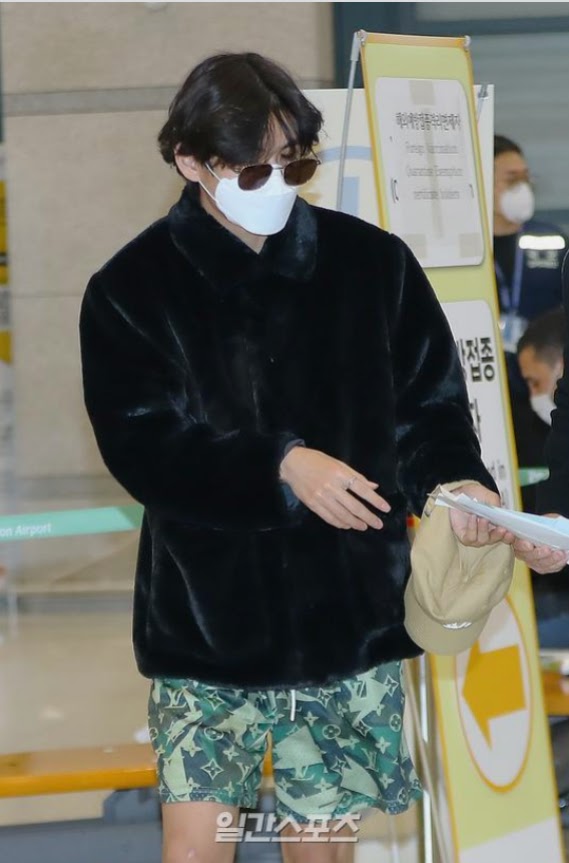 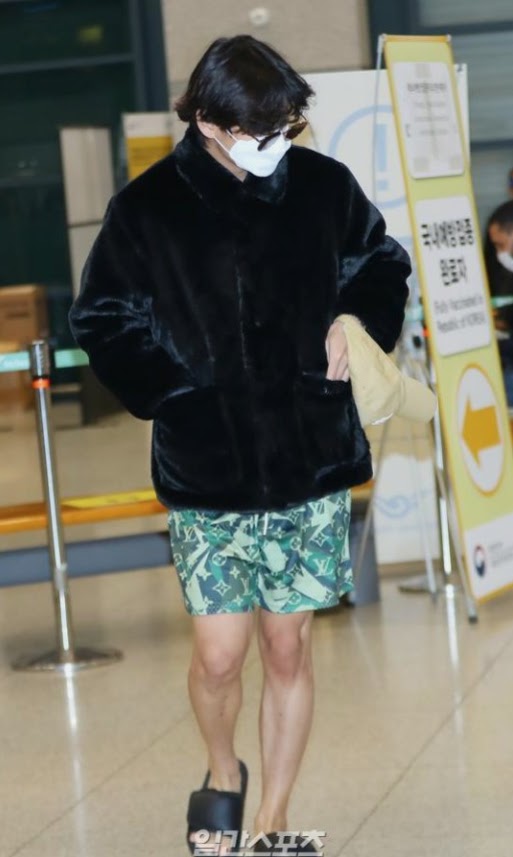 Like J-Hope, V finished his look with a pair of sunglasses and was the pure definition of the idea that fashion doesn’t have seasons with his blend of winter and summer fashion.

With RM and Suga still in America enjoying their time off, ARMYs can’t wait to see what looks they produce for their trip back! Also, alongside their amazing taste in fashion, the members’ behavior and attitude towards the crowds at the airport show how polite and humble they are!

You can read more about Jungkook, Jimin, and Jin’s arrival back to Korea below.

Here’s Everything BTS’s Jin, Jimin, And Jungkook Wore As They Arrived In Korea