On December 6 (KST), BTS rightly broke the internet after it was announced that the members had created individual Instagram accounts. From trying to learn how to use the app, accidentally following idols, and more, it has definitely been a crazy 24 hours for ARMYs.

Each member has their own unique username, and fans couldn’t believe that they were still available. For example, Jin’s “Jin” seemed like something that would be impossible to have. Even those like Suga’s “AgustD” and V’s “ThV” wouldn’t have been easy to get with the group’s popularity so high.

In particular, one member whose Instagram username caught the attention of fans and might not have been so hard to get was maknae Jungkook’s.

With one of the longest usernames that are possible, Jungkook used the entire alphabet but just omitted the letters from his name, “J” and “K.”

Although, many thought it was a stroke of genius, others thought the username might have been because other choices were taken.

It seems as if there might be another, more surprising reason! It was a huge shock for fans to see that the members had all created new. Yet, the member’s status on the platform as “new users” and their struggles through using the platform showed that they were definitely novices.

ARMYs quickly noticed that this wasn’t the case for Jungkook. On his account, there was no mention of “new user,” and it just had all of the details, including his follower count, who followed him, and when each user followed him.

It was definitely surprising to fans as, according to the Instagram website, this only happens to accounts that have been around for 30 days or more. 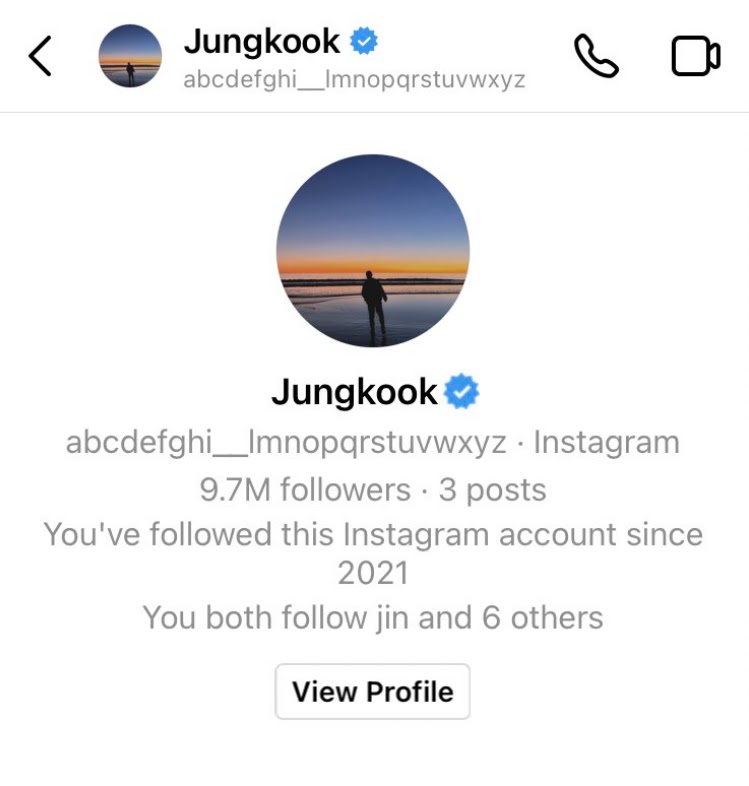 When the initial tweet was shared, fans couldn’t get over the fact that Jungkook might have been lurking on social media for much longer.  Netizens nowadays have the investigative skills to find anything online. However, many have pointed out that if Jungkook had always had the same username, it would’ve been nearly impossible to find the account. 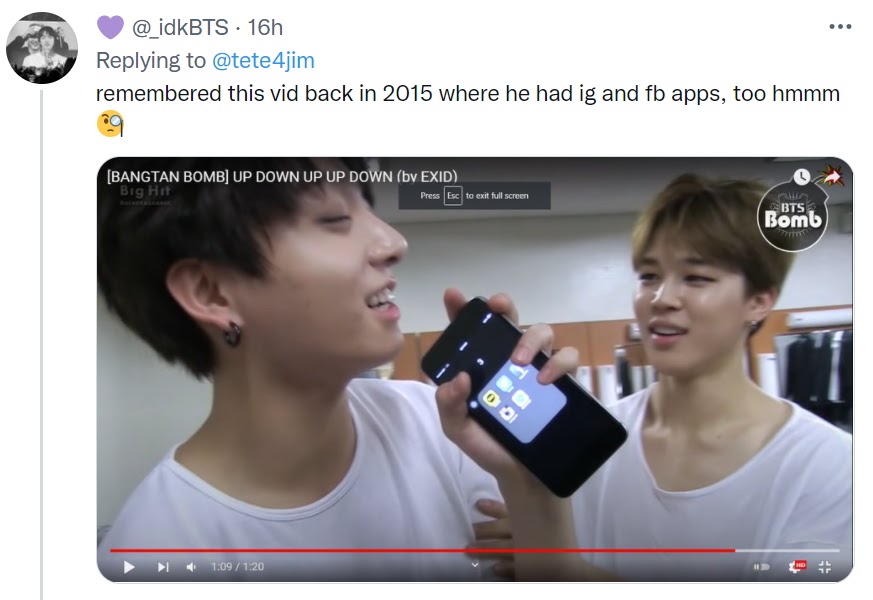 After already sharing two very different images, posting stories, and more, it wouldn’t be surprising if Jungkook was actually an Instagram expert and has been running this account for much longer than ARMYs expected.

If Twitter and Weverse weren’t enough to give ARMYs BTS content, these Instagram accounts are early Christmas presents. You can read more about the members’ accounts below.

All 7 Members Of BTS Have Opened Personal Instagram Accounts