Fans of BTS‘s golden maknae, Jungkook, know that he’s known for excelling in many areas, including his kindness. From showering his members with love to being the best parent to his pets, Jungkook’s sweet personality has no limits. It even extends to strangers, like staff members he might not know at all! Here is a list of just a few times Jungkook ran (sometimes literally) to help someone nearby without even being asked to.

One of Jungkook’s biggest strengths has always been — well, his strength! Like in this iconic picture of rookie Jungkook carrying a whole basketball hoop all by himself. 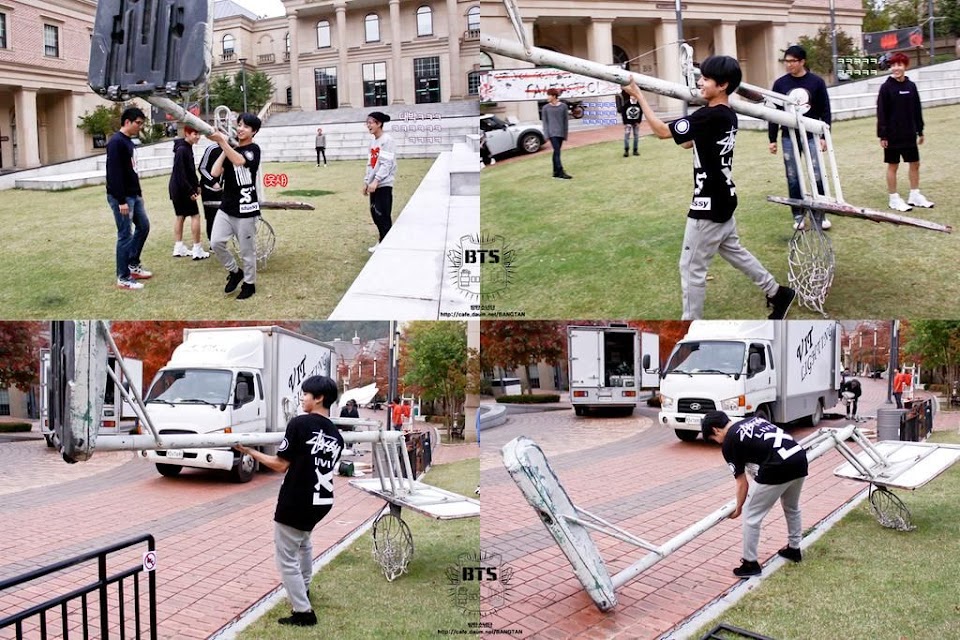 He often puts his strength towards helping people around him. On set, he’s always ready to help staff members move things around!

Jungkook also makes sure to help his group members out whenever he can, like this moment during Run BTS where he immediately went over to help Jimin adjust the badminton net.

Even while attending an awards show, Jungkook’s always looking out for the staff members. Whether it’s helping them fix a safety precaution to prevent people from tripping…

… or coiling up cords…

… or moving things to the side of the stage, Jungkook never fails to find a way to help!

Jungkook also looks out for the people filming — and their equipment. In an episode of Bon Voyage, Jungkook got umbrellas for the staff since it had started to rain while filming. The editors even praised Jungkook in the subtitles, adding, “As expected, Jungkook’s the best!”

Even during a concert, Jungkook’s always ready to help. He once brought over a water bottle for either a staff member or a fan in the audience — while performing!

Jungkook took it upon himself to clean the rental car the group used while filming Bon Voyage! Instead of going to a car wash or having someone else do it, he had no problem cleaning it himself in season three…

… and in season four!

Speaking of cleaning: Jungkook often cleans up his surroundings without being asked to. Whether it’s a prop for their performance…

… cake that’s fallen on the ground while filming…

… or even picking up trash to help the staff, Jungkook is there to help! 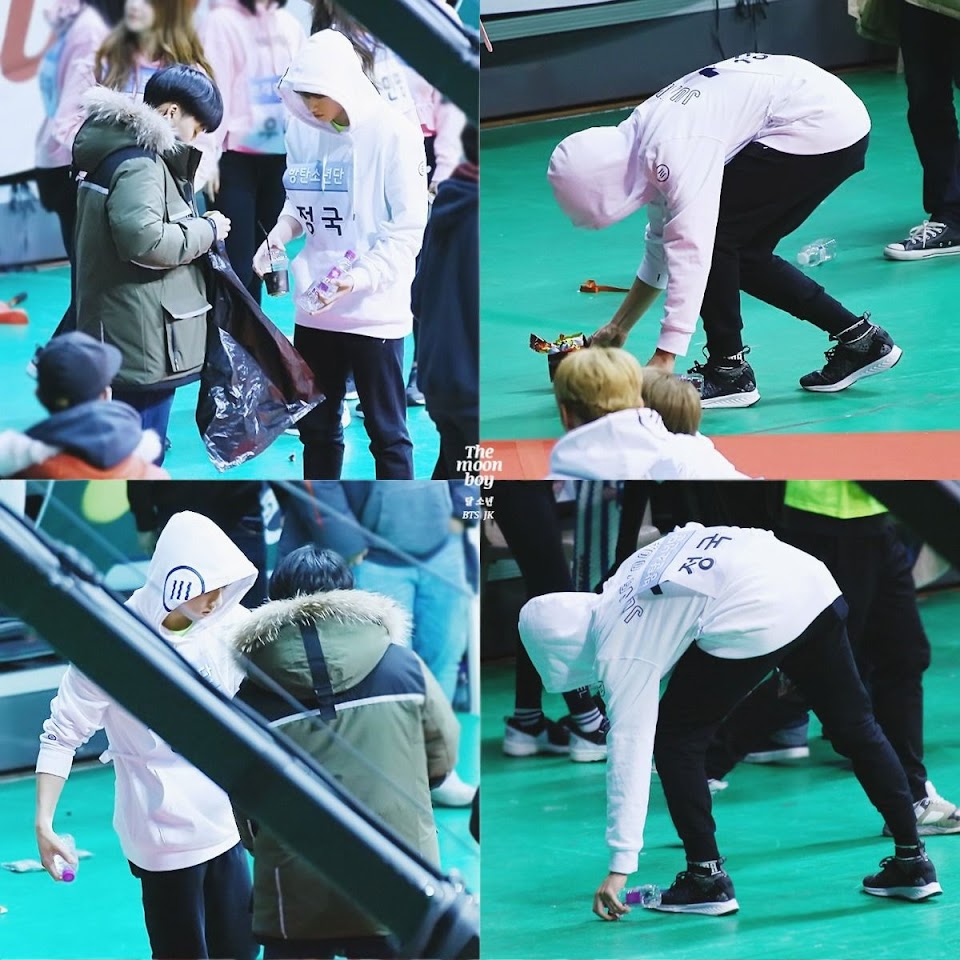 Just this month, Jungkook proved how thoughtful he is while performing in a busy Los Angeles intersection! While filming a segment on The Late Late Show With James Corden, BTS performed on a crosswalk and had to run off the road whenever the light turned green again. Jungkook quickly ran to the side…

… but then he turned back to help the staff members carry parts of the set off the road as well!

Fans have a million reasons to be proud of Jungkook, and his kindness is definitely one of those!