BTS and ARMYs both had a great weekend as fans spotted four of the members at a Harry Styles concert in L.A. Twitter was popping this weekend with the members posting photos and videos online to fans showing their interactions with the boys.

An older male BTS ARMY also posted his experience of bumping into the members at a Korean BBQ restaurant after the concert was over.

It looks like Jungkook, Jimin and J-Hope went to a KBBQ restaurant after the concert was over (they ate quietly without causing disruption). The OP seems to be an older male fan and he said that Jungkook bowed respectfully as they left the restaurant.

Below is the post shared by the original poster and fan that met BTS at the restaurant. 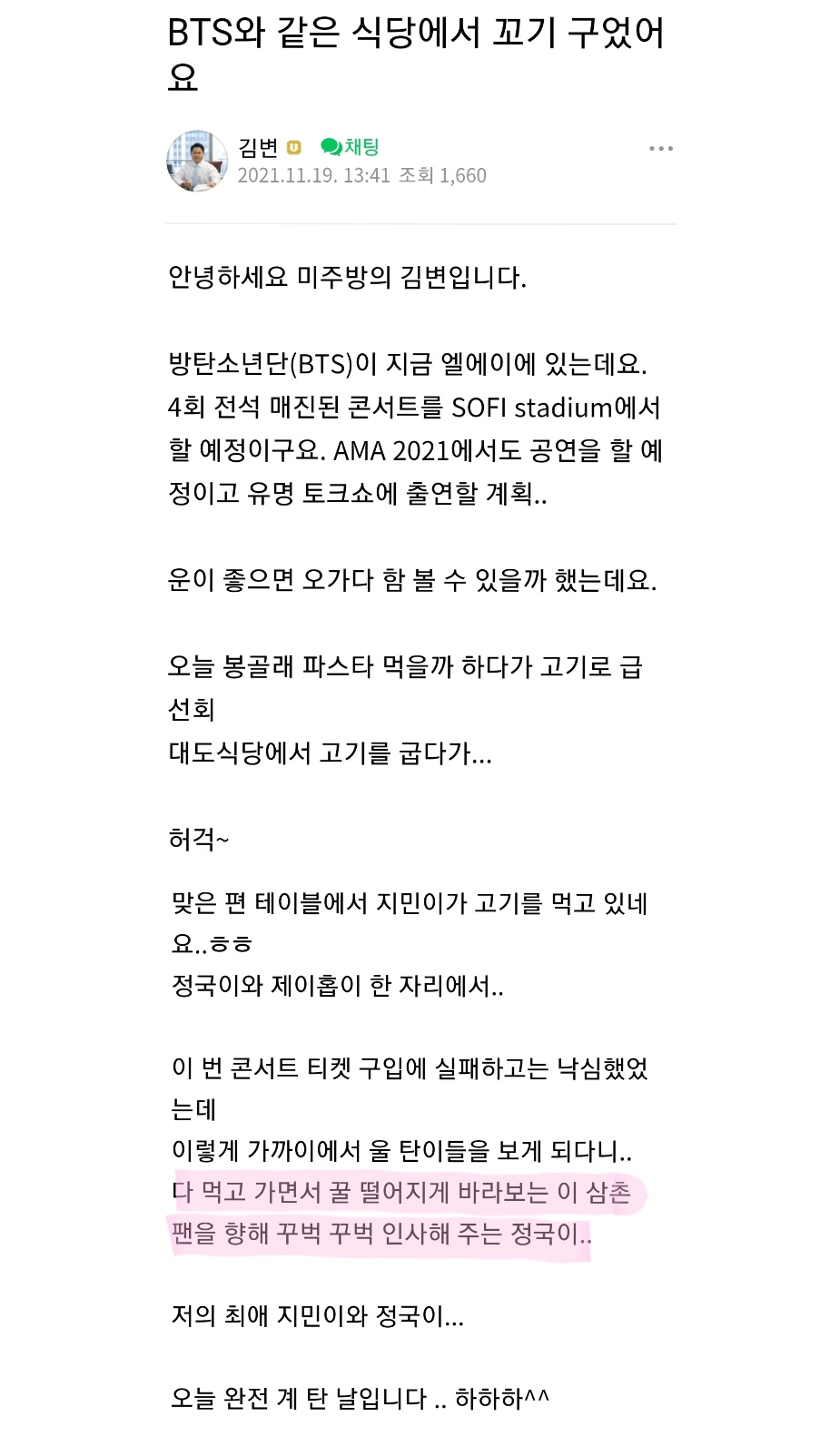 Hello I am Kim Byun from the U.S. cafe online community board. BTS is in L.A. right now and is preparing for their concert at the SoFi Stadium. They are also preparing to perform at the AMAs and appear on a popular TV show…and I thought if I am lucky, I might be able to bump into them.

I was going to eat pasta today but opted for K BBQ and went to DaeDo Sikdang to eat…and OMG. Jimin was grilling meat at the table across from me…with Jungkook and J-Hope there too. I was sad because I failed at buying tickets for the concert…but I was able to see them this close…Jungkook bowed to me as he left as I kept looking at them. My biases are Jimin and Jungkook…today was my lucky day. 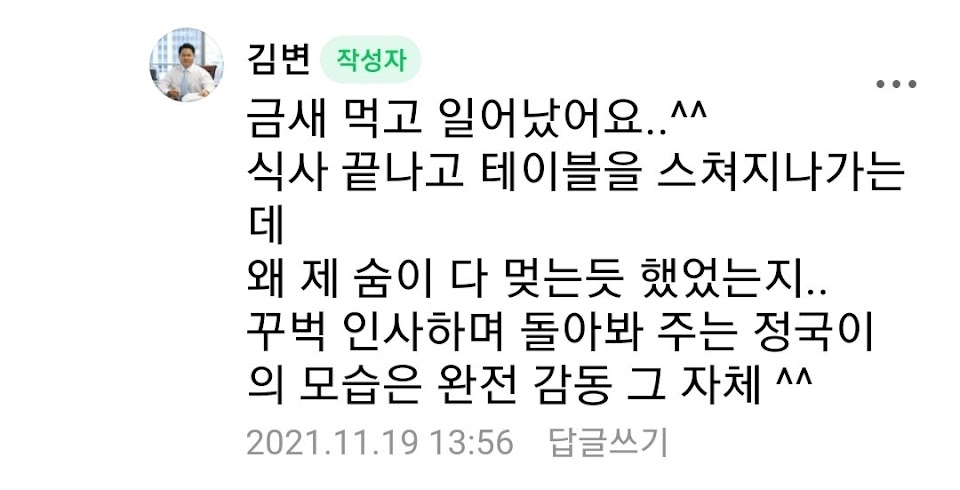 They ate quickly and left…After they left they walked by table and I literally couldn’t breathe…I was touched at Jungkook as he turned around and bowed to me as he left.

Talk about lucky! Were any of you at the Harry Styles concert with BTS? Let us know!