As the world finally starts to get a handle on how to safely coexist with COVID, life is slowly returning to normal. One of those normal things being BTS traveling to the United States! 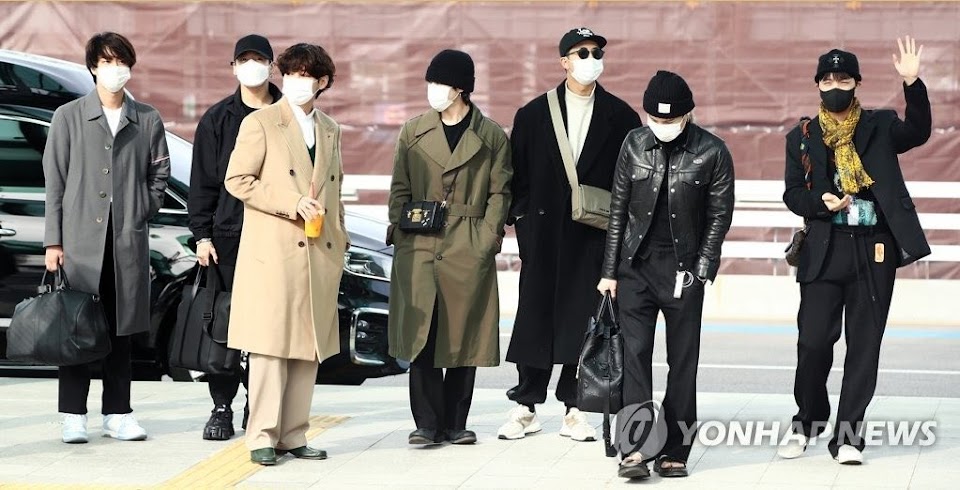 As the holidays approach, BTS has a heavily packed end of the year schedule ahead of them, and fans are excited to see what the boys will reveal at their press conference on the second day of the Permission To Dance On Stage concert in LA.

From performing with Meg Thee Stallion at the 2021 American Music Awards on the 21st, to performing on “The Late Late Show With James Corden” on the 23rd, and the heavily anticipated Permission To Dance On Stage Tour in LA (November 27-28 & December 1-2), it’s almost like BTS is making up for lost time!

We’re so excited to be bringing you the WORLD PREMIERE performance of “#BTS_Butter” in person at the @AMAs with our friend @theestallion!💜

While ARMY is beyond excited to see their boys finally head to the states for their overseas schedule, they hope that BTS fits some rest into their packed schedule.

So of course ARMY was excited to see BTS at Incheon International Airport last night as they headed to LA for their aforementioned schedule. With BTS back at the airport, you know what that means! Airport fashion. Take a look at what the boys were wearing down below:

RM is sporting head to toe Fear of God with his Louis Vuitton x Nigo LV Squared Cap for a clean but stylish look.

Suga‘s looking very Suga-like with his all black fit! The Lewis Leathers Western Jacket makes a nice break in texture as he finishes the look with his Louis Vuitton Steamer Tote!

J-Hope our brand king doesn’t disappoint! He works in some color with his mostly all black fit with the Louis Vuitton Monogram Waves Infinity Pareo Scarf in yellow. But the real show stopper here has got to be the Louis Vuitton Duck Monogram Bag! 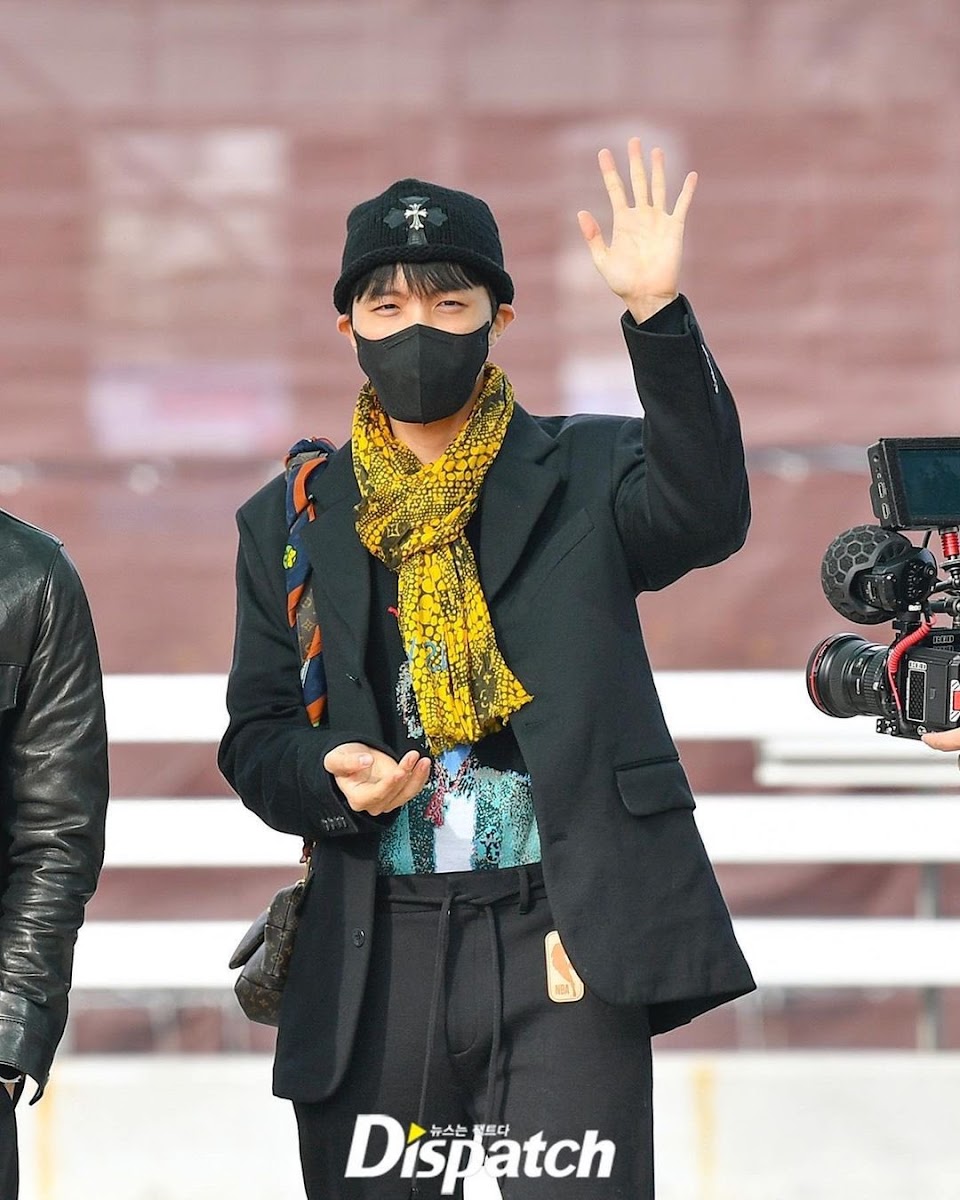 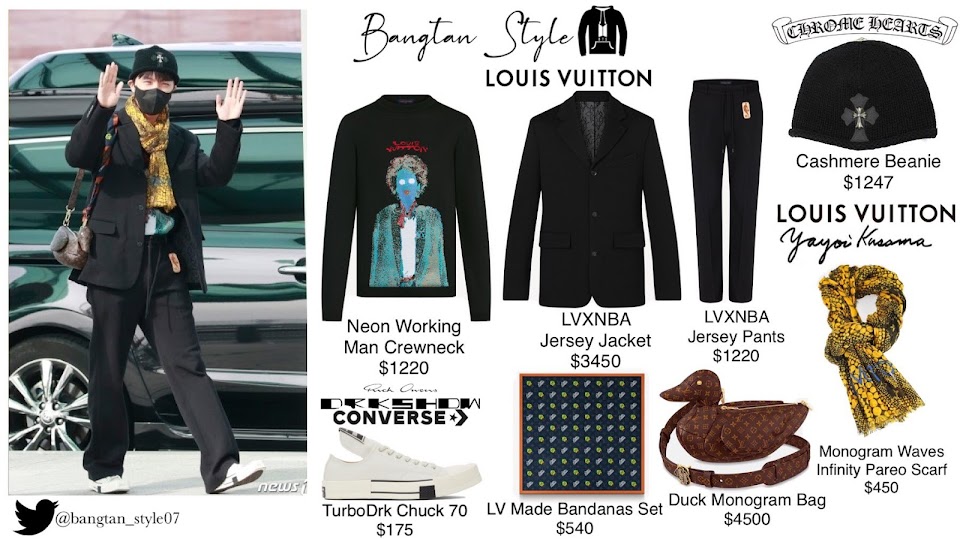 V‘s offsetting most of the group’s darker color palette by being in a nice beige color set! He’s got his green GUCCI loafers for that pop of color. But, the orange juice takes the cake as the best part of his entire fit!

Jungkook is giving spy chic in his all black fit! He chose to mix and match brands like FILA with his clothes and Louis Vuitton and Versace for his bag and shoes! The contrast works great for his airport look.

V posted to Weverse before their flight took off and they had changed into something a bit more comfortable!

We hope the boys have a safe flight as they jet set to the states! One thing’s for sure, ARMY and BTS’s reunion at the Permission To Dance On Stage concert is going to be an emotional sight to see!