BTS‘s Jungkook might be the maknae, but he has proved that he is certainly not a kid anymore since becoming legal age. He has made several body modifications in recent years, from tattoos to piercings. As of now, he has at least twelve tattoos, which he frequently has on full display, further breaking stereotypes.

In regards to piercings, like the tattoos, his collection is growing! So, here are all of the piercings Jungkook currently has, both confirmed and unconfirmed…

For a while, ARMY wondered if his eyebrow piercing was real or fake. He was first seen with it during the “Butter” era, but he revealed it was just a sticker.

Later, ARMY became suspicious again, and ultimately Jungkook revealed he finally did get it pierced for real as he got tired of putting the sticker on, taking it off, etc. 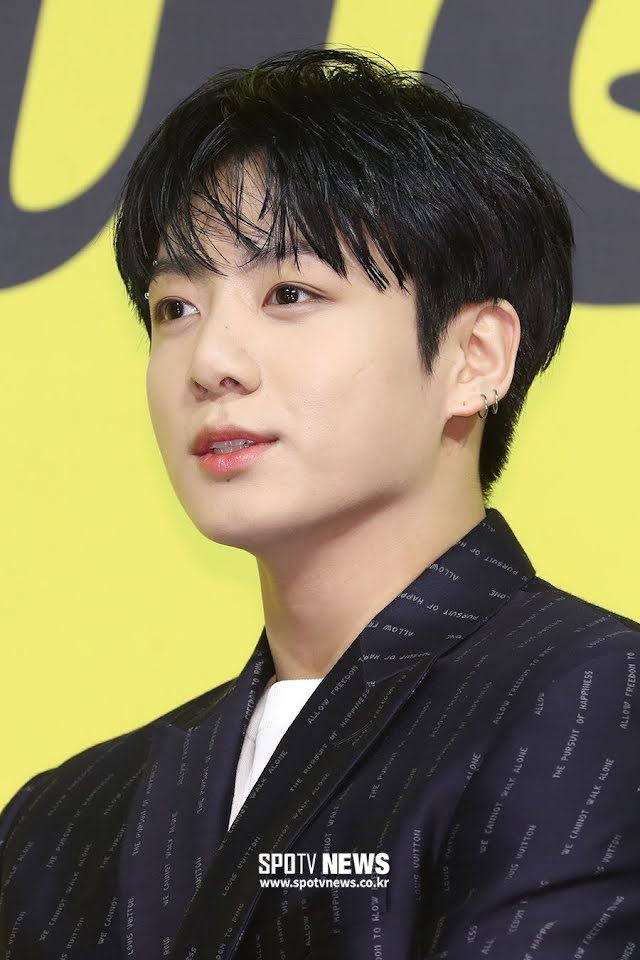 This is one of his most recent piercings. Early October, ARMY first began to suspect that Jungkook had gotten a lip piercing.

With his most recent performances, such as the PERMISSION TO DANCE ON STAGE online concert on October 24, Jungkook has appeared with a very real lip piercing!

We first got some HD quality photos of his newest piercings at The 2021 Fact Music Awards (TMAs)! 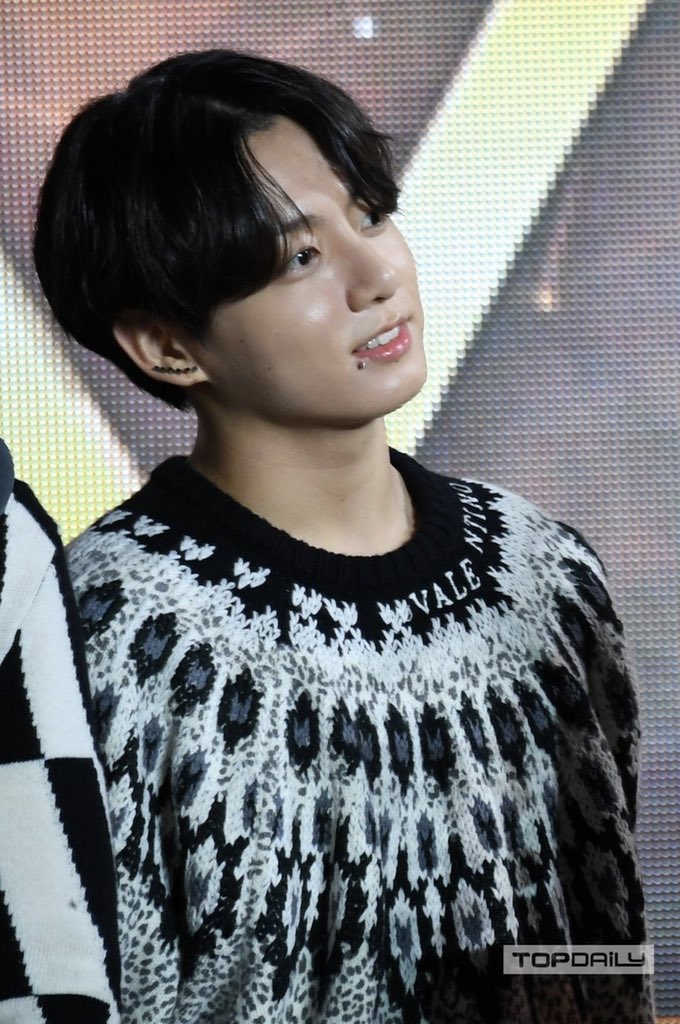 Likewise, at the same events, ARMYs have been able to spot many more additions to Jungkook’s ear piercings clearly. So, he must have gotten them around the same time as the lip piercing.

It appears that he now has at least six piercings in his right ear.

Additionally, his left hair has three lower ear piercings. However, we have occasionally seen what looks like possibly four.

He also used to have double helix piercings on his right ear, but it’s been so long since he’s been seen wearing earrings in those piercings that it is unfortunately probably closed now.

So, altogether, ears, lip, and eyebrow, it seems that he has a total of approximately 11 piercings (that we know of). There are still some unconfirmed piercings…

Jungkook has certainly gotten a lot of new piercings recently, but some ARMY think there might be even more that we don’t know about.

One of these is a tongue piercing. Some thought they saw a silver ball on his tongue during one of his live broadcasts, while others insisted it was just saliva.

The most recent debate is over whether or not he has gotten nipple piercings. He has been wearing many see-through shirts lately, and sometimes it appears that there’s something there, possibly a piercing. It could also be a mic, though, but again nothing is confirmed (or denied).

Jungkook? Sir? Hello? Is that a nipple piercing? Jungkook i am going insane because of you https://t.co/7JGbZR2YtI

We love to see Jungkook continuing to express himself and break stereotypes!