Like a true K-Drama, a Filipino fan has defied all odds and managed to cross paths with the BTS members! 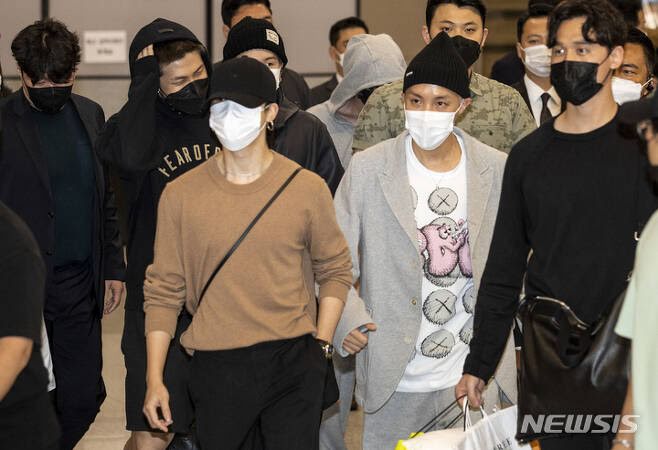 The fan, Marcelino Crespo Jr, revealed in a Facebook post earlier today that he not only saw BTS at Incheon Airport but also went ahead of them in line.

So it turns out I was the one who cut the line in front of BTS at Incheon Airport!

In a viral TikTok video, he shared clips of the boys as they waited in line. He captioned it,

Is this real? I encountered BTS at Incheon International Airport!

Respecting their privacy, he didn’t approach them and instead shot would he could from his vantage point, including his view of Suga…

ARMYs who saw his posts had varying reactions, with some congratulating him for being so lucky. Most, however, couldn’t contain their jealousy, and some of their responses were hilarious!

Step aside, it’s my turn there.

I legit cried from being so jealous.

You should’ve brought them home.

What did you do in your past life to be so lucky now?

I should just live in Korea.