BTS‘s trip to New York is the gift that keeps on giving! Not only did we get to hear the group’s incredible speeches at the 76th United Nations General Assembly and their trip to the Met to present a gift on behalf of South Korea’s government, but we also got a glimpse of their first in-person meeting with Megan Thee Stallion!

Megan shared photos of her first meeting with BTS on her Twitter and Instagram, and both she and the K-Pop superstars look incredible! The members looked genuinely excited to meet up with Megan after working together on the “Butter” remix.

Jimin and J-Hope even joined Megan in striking her iconic tongue out pose. 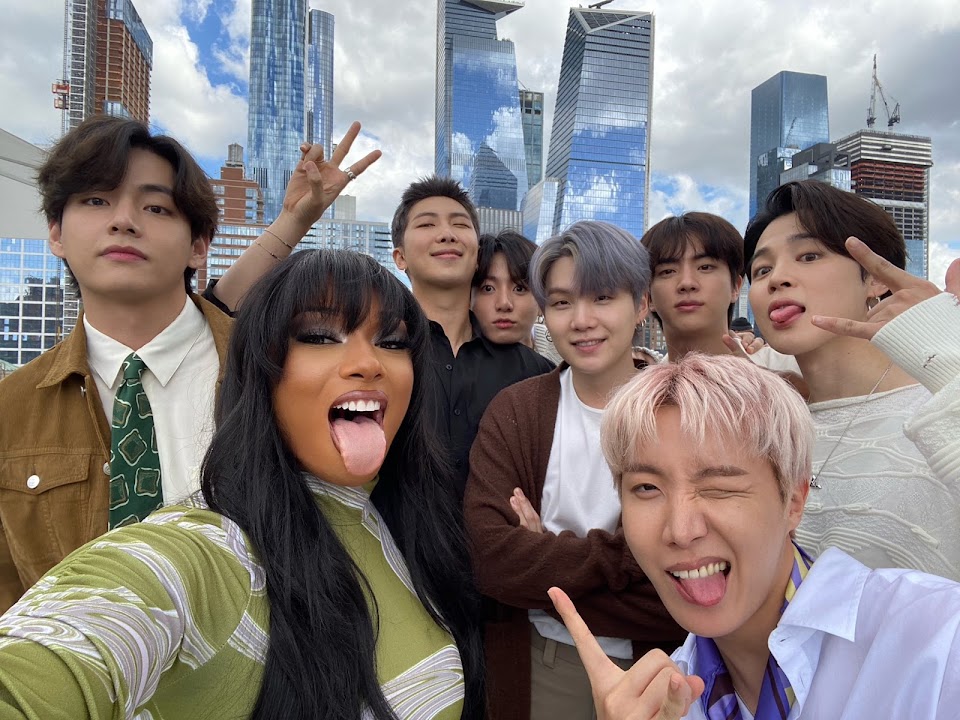 Megan even posted a picture of her and BTS in the middle of taking a group selfie together. 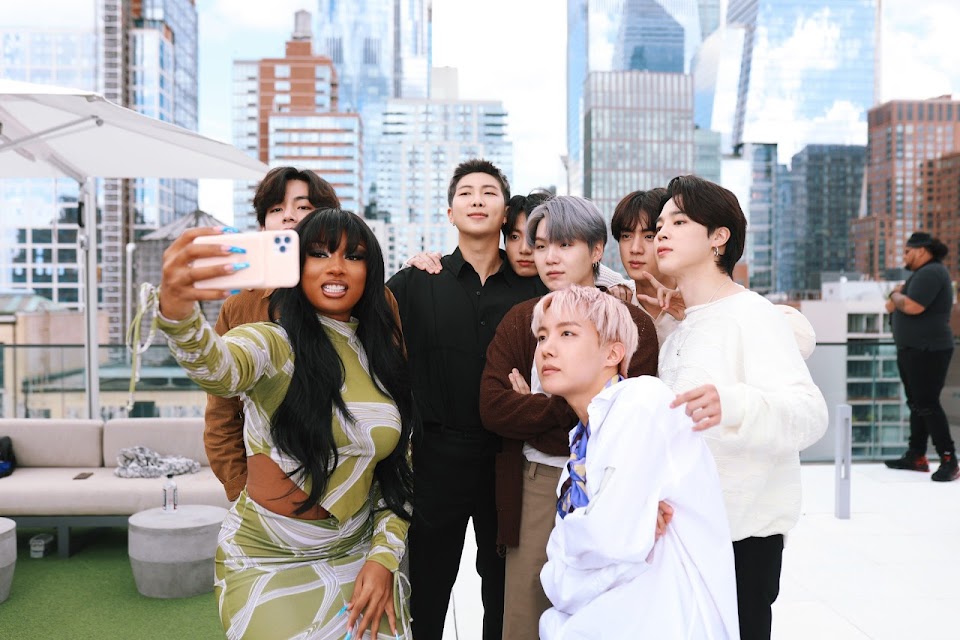 During their hangout, the BTS members got to meet Megan’s adorable dog, too. It looks like V and Jimin in particular hit it off with Foe Thee Frenchie! 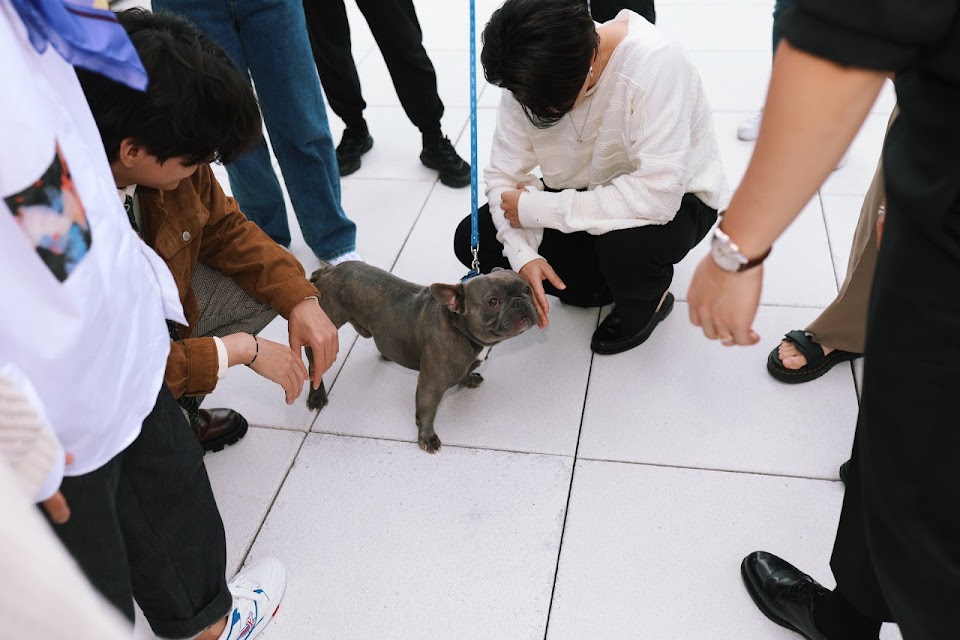 Ever since Megan first revealed that she was set to feature on BTS’s “Butter” remix, ARMYs have been eager for the K-Pop group to meet the American rapper, so of course, they shared their excitement over BTS and Megan finally meeting on Twitter.

look at bts living their best lives… they did a collab with megan and coldplay, got awarded diplomatic passports from their own president and continued to be a voice of hope for so many people… we love to see it

I NEED THE MEGAN X BTS BANGTAN BOMB NOW. I NEED AN ENTIRE EPISODE. MAKE IT 30 MIN. I NEED FOOTAGE.

WE GETTING A BANGTAN BOMB OF MEGAN MEETING BTS, POST IT NOW, I KNOW THEY GOT FOOTAGE

Some ARMYs even speculated that BTS met up with Megan to discuss collaborating with her on one of her songs.

WAIT BTS AGREED TO FEATURE ON A MEGAN TRACK IN THEIR NEGOTIATIONS… DID THEY MEET UP TO DISCUSS MEG FT BTS?!!??????? pic.twitter.com/5HxdrUZ7hp

WAIT.. REMEMBER IT WAS A SWAP DEAL, WHICH MEANS NOW BTS WILL FEATURE ON MEGAN’S SONGS pic.twitter.com/5EH8imt4qi

BTS and Megan going to the studio in a few to make the next collab of the century, I’m certain pic.twitter.com/jz8a8MIC3R

While no one knows for sure what BTS and Megan talked about while hanging out, we’re certain that their friendship will prove to be absolutely iconic!