For years, we’ve been told that BTS were all relatively short as each member is under 6 feet tall (183 cm). While, for the most part, that’s still true, there is one member that we believe to be over 6 feet tall.

We’ve been suspicious for a very long time that leader RM is taller than he claims. Like, we know Suga is relatively small as he’s barely 5’9″ (176 cm), but RM looks like a giant next to him.

It doesn’t help either that he’s been working out a lot. He seems to be growing in every direction.

Despite what it says on Google, RM is definitely not just 5’11″ (180 cm)! Although, for so long, we were made to believe this blatant lie.

Until recently, RM himself confessed to being at least 6 feet. In Vanity Fair‘s “BTS Game Show,” they quizzed the members about each other. When asked about RM’s best feature, he answered, “key” or his height.

Because I am 6 ft tall. I am 180 cm. Out of the members, that is… Possibly the one great advantage I have.

So, now, we know for a fact that he has to be at least 6 feet tall, which would explain a lot. Still, now that BTS have taken a photo with Coldplay‘s lead singer Chris Martin ahead of their collaboration single “My Universe,” some questions have risen once again about RM’s height.

RM is certainly not fooling ARMY…

If the photo with Chris Martin isn’t enough to convince you that RM is actually way taller than he claims, let’s also consider that TXT‘s leader Soobin is also known to be quite tall. He is actually supposedly the same height as Chris Martin, 6’1″ (185 cm). Other members such as Yeonjun and Hueningkai are around 6 ft (183 cm), and the entire group makes most people look small. Just look at them next to Stray Kids…

Now, looking at BTS with TXT, it doesn’t seem like there’s that much height difference. While they placed the two group leaders on opposite sides, it still looks like they are around the same height.

Finally, let’s revisit BTS on The Late Late Show with James Corden for the last evidence. Sure, nearly all of them can make host James Corden look short, but that’s not the focus here.

The same night that BTS were guests on the talk show, American actor Ashton Kutcher also guested. They even played a game of Hide & Seek together. Here’s the thing… Kutcher is very tall. He has been said to be as tall as 6’2″ or 6’3″ (190 cm).

In the end, RM and Kutcher stood next to each other, and considering they both are wearing heeled shoes too, it looks really as if there might not be much height difference between these two. 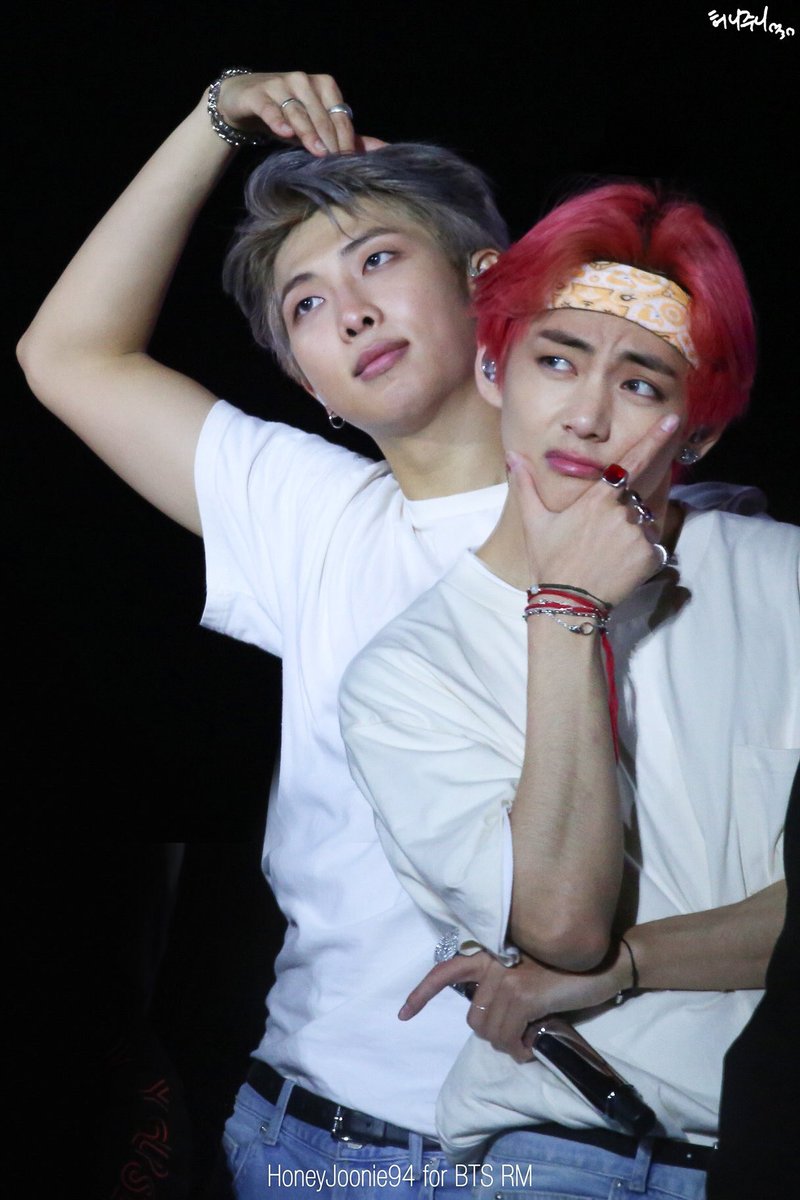 Is everyone in the group having a growth spurt all of a sudden? 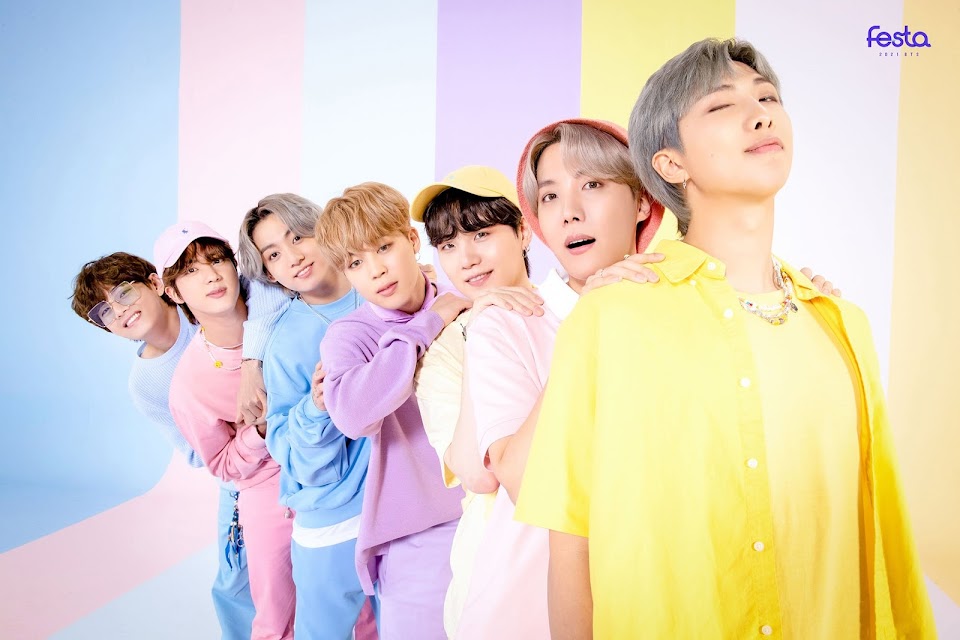 Perhaps, no one is intending to lie, and RM just keeps forgetting he’s actually really tall. And if we’re going based on the metric system, lines are blurred.

How tall do you think RM really is?