Sometimes, people unexpectedly bump into K-Pop idols, and there have been several people over the years who spoke about bumping into BTS‘s Jin! Here are 3 of these moments.

On an online community board, a fan shared their experience of bumping into Jin! The fan shared that in 2017, they attended a BTS recording. This recording was quite long, and the fan was exhausted by the end of it.

I think it’s true that by laying low you can actually stand out. Back in 2017, I attended a Mnet BTS special recording, and for those that know, that was one of the longest recordings that took out both BTS and ARMYs. It was a 24-hour recording…and up until the ten-hour mark, I was still jumping up and down with energy. But by the end, I was so burnt out and my voice was totally gone and my legs were shaking. Because I was in the first row, I could see BTS up close so I tried not to show how tired I was and held it in. Only when the boys would go in to monitor the recording would I crouch down because I was dizzy and sweating. (of course, I was happy that I was seeing BTS all day, it was just that my body was taking a toll.)

After the recording was over, BTS came out to thank all the fans who attended. The original poster (OP), who was quite tired, made eye contact with Jin, and Jin gave a sweet comment!

I knew that after a few hours it would all be over so I continued to support them until the end. After the 24-hour recording was over, BTS came out to say thank you to all the ARMYs that came out to support them, but I was so tired that all I could do was wave around my ARMY bomb. Just then, I made eye contact with Jin so I mouthed, ‘It was hard right, you did well.’ Jin, who saw me, mouthed back, ‘You did well.’ 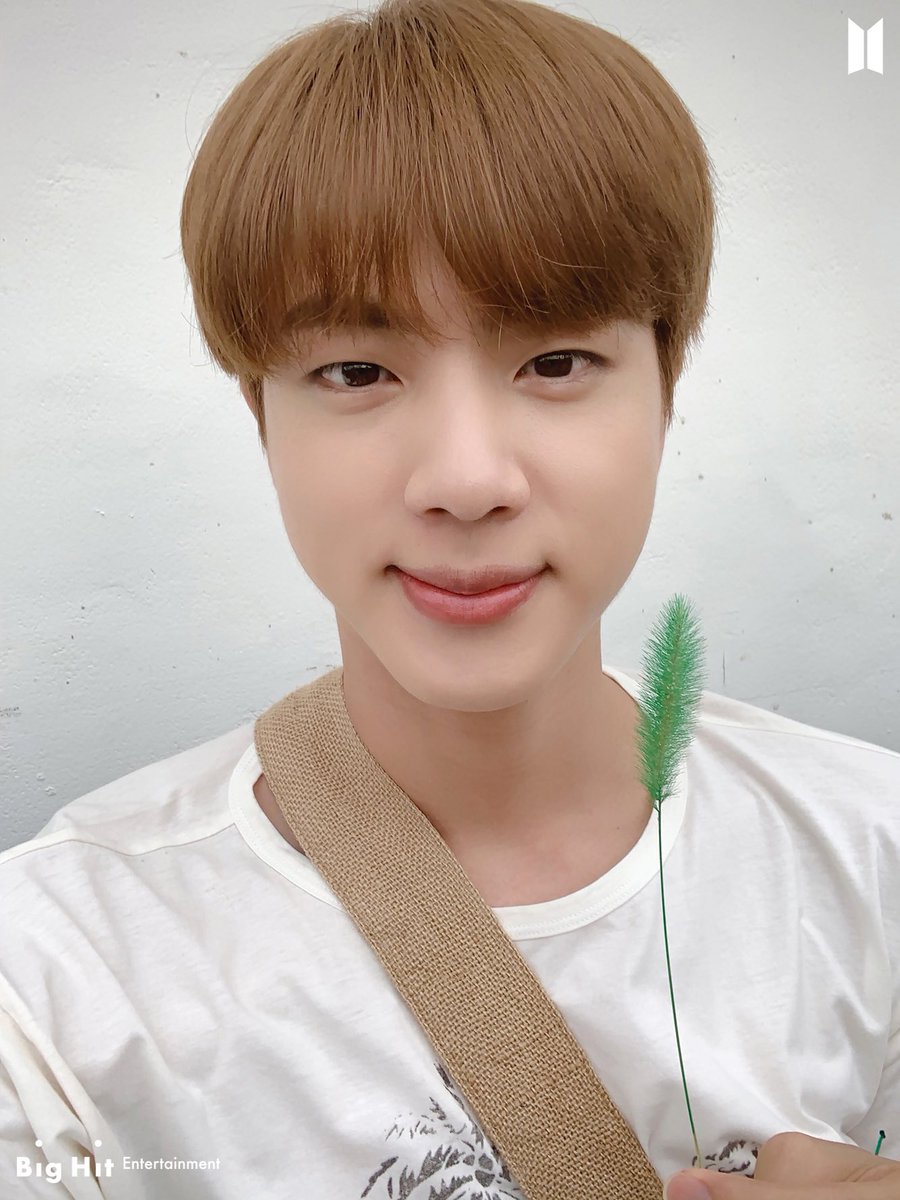 The OP was quite touched, and all the pain they had endured washed away!

At that moment, all the pain that I endured that day washed away and I could almost feel tears coming on. I can’t forget that moment that I had with Jin and I always think about that time whenever I have a hard time in my daily life. 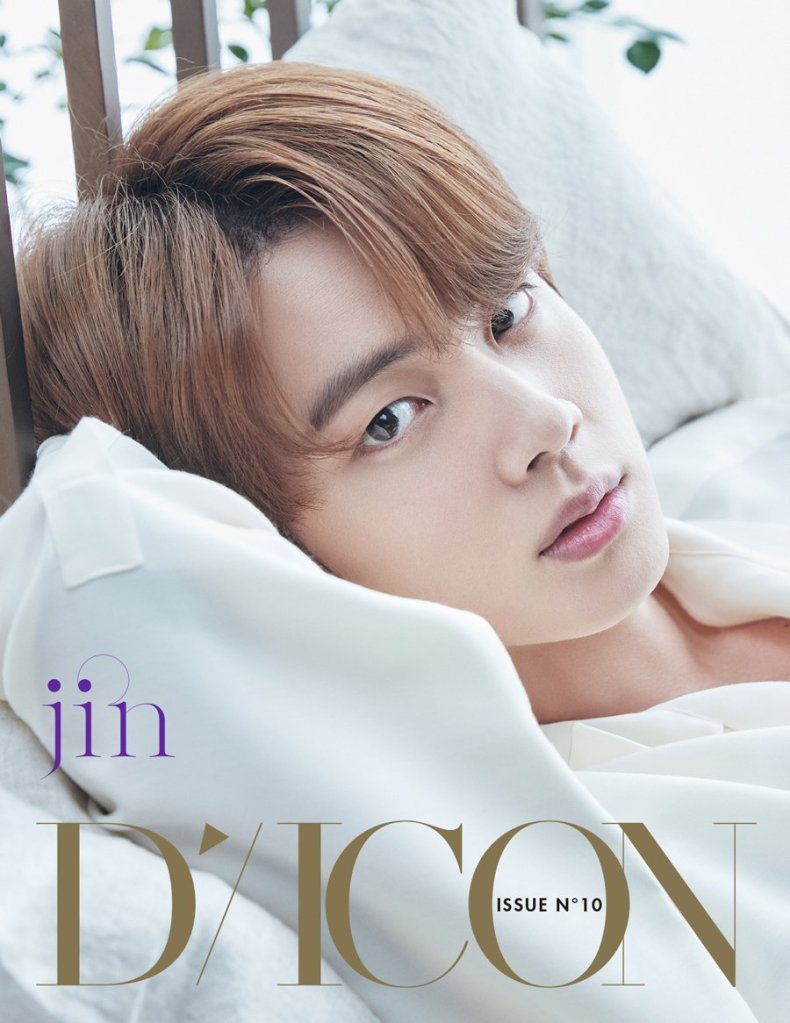 A fan once spoke about their embarrassing encounter with Jin, as well as Jin’s reaction! The fan shared that they once attended a BTS fan meeting and prepared thoroughly.

I honestly lose sleep over this still. So… it was about two years ago. I was in line to meet and greet the members. I was so nervous. I went all dressed up. I wore a lot of make-up and I had my hair done nicely. I wore a really nice outfit and sprayed myself with perfume so I smell good and everything. I didn’t get a chance to check myself in the mirror before I stepped up to take my turn though… 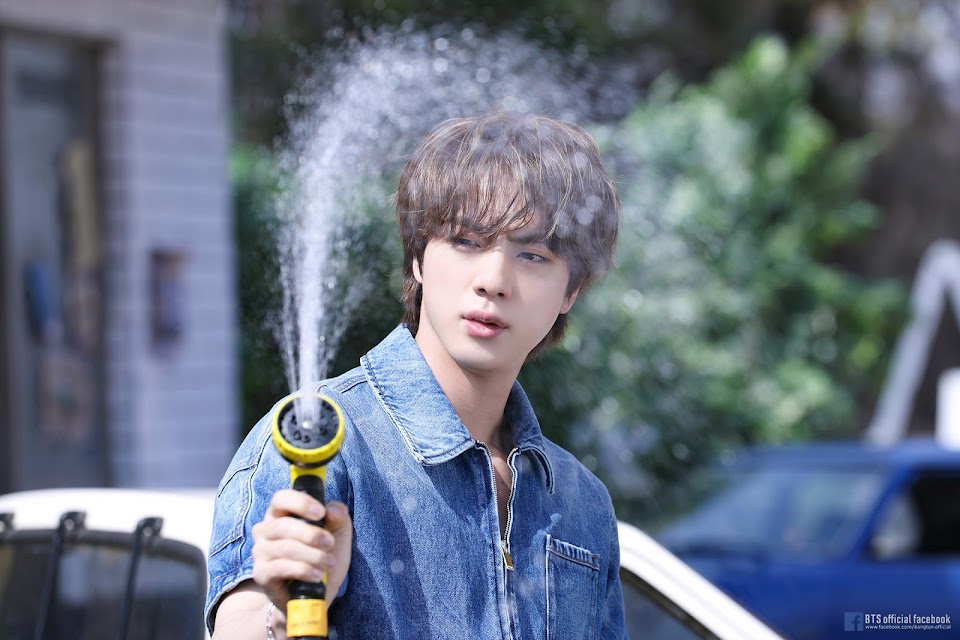 When it was this fan’s turn to get autographs, the BTS members “looked a bit caught off guard.” The fan originally thought that it might have been because she over-dressed.

My turn came and I was getting the autographs… when I realized the members looked a bit caught off guard to see me. I could see the discomfort in their eyes… I honestly thought it might be because I looked good that day, LOL. Anyway, I got to Jin who was the member right before my favorite member. 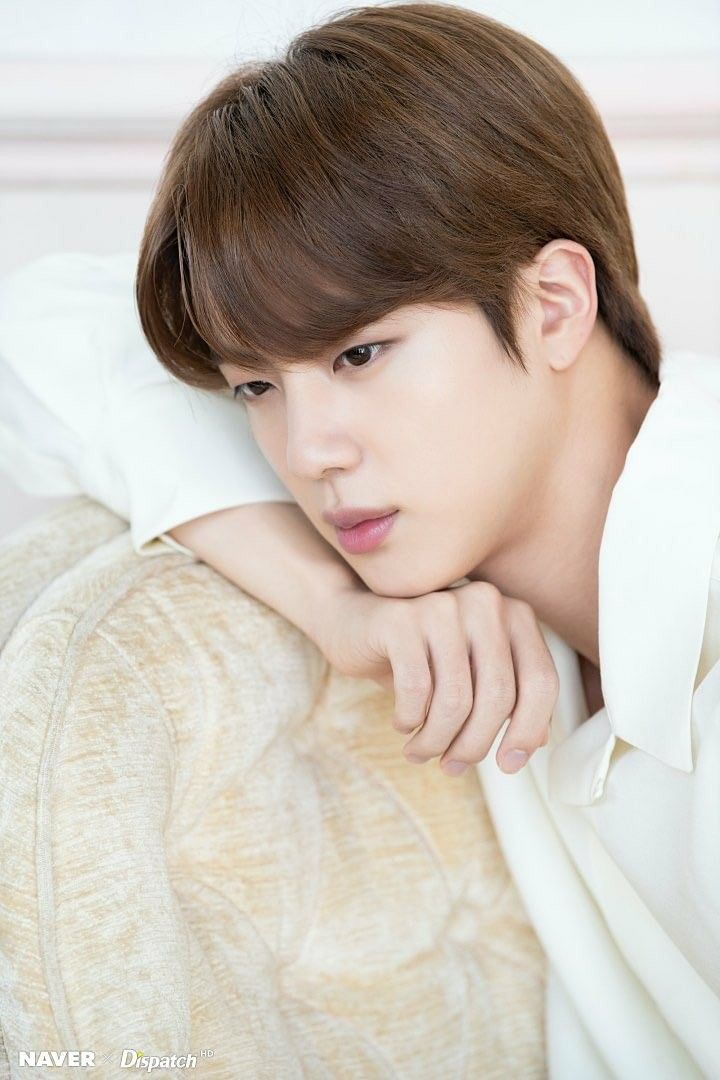 When the fan came to Jin, Jin told her that she had an eye booger!

Jin tried to listen to what I was saying… but then, he smiled and whispered to me. He goes, ‘Nuna, I’m really sorry, but you have an eye booger. Let me cover you so you can clean that up.’ And I could feel my face burning. I was like, ‘Huh?’ And I sat there getting rid of my eye booger in front of him. 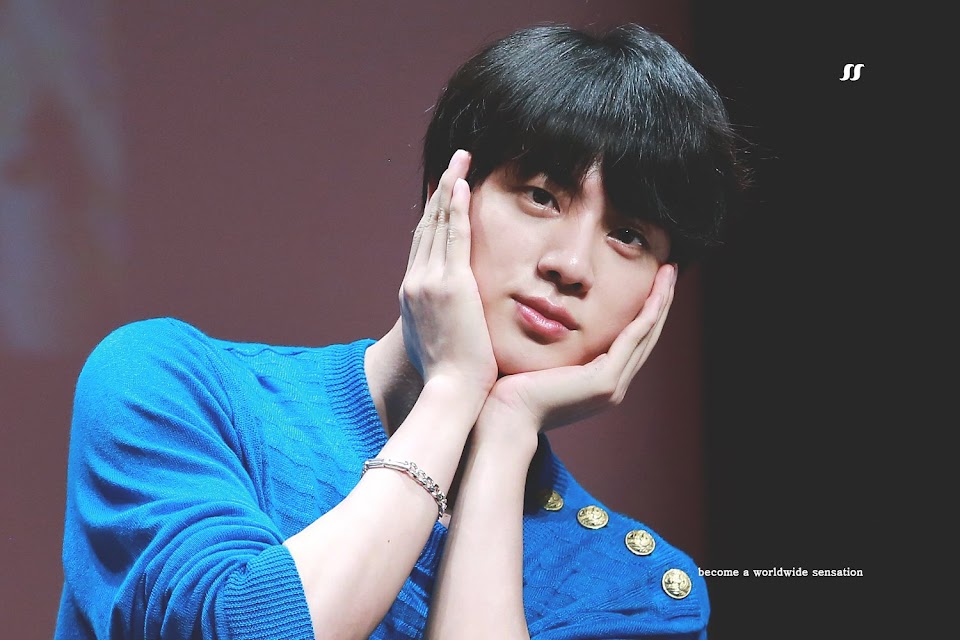 While the fan was embarrassed, Jin said something sweet to her!

I was like having a mental breakdown because I was so embarrassed and Jin was laughing at me. But he told me, ‘You’re so cute… That happens to everyone though. I get eye boogers too!’ 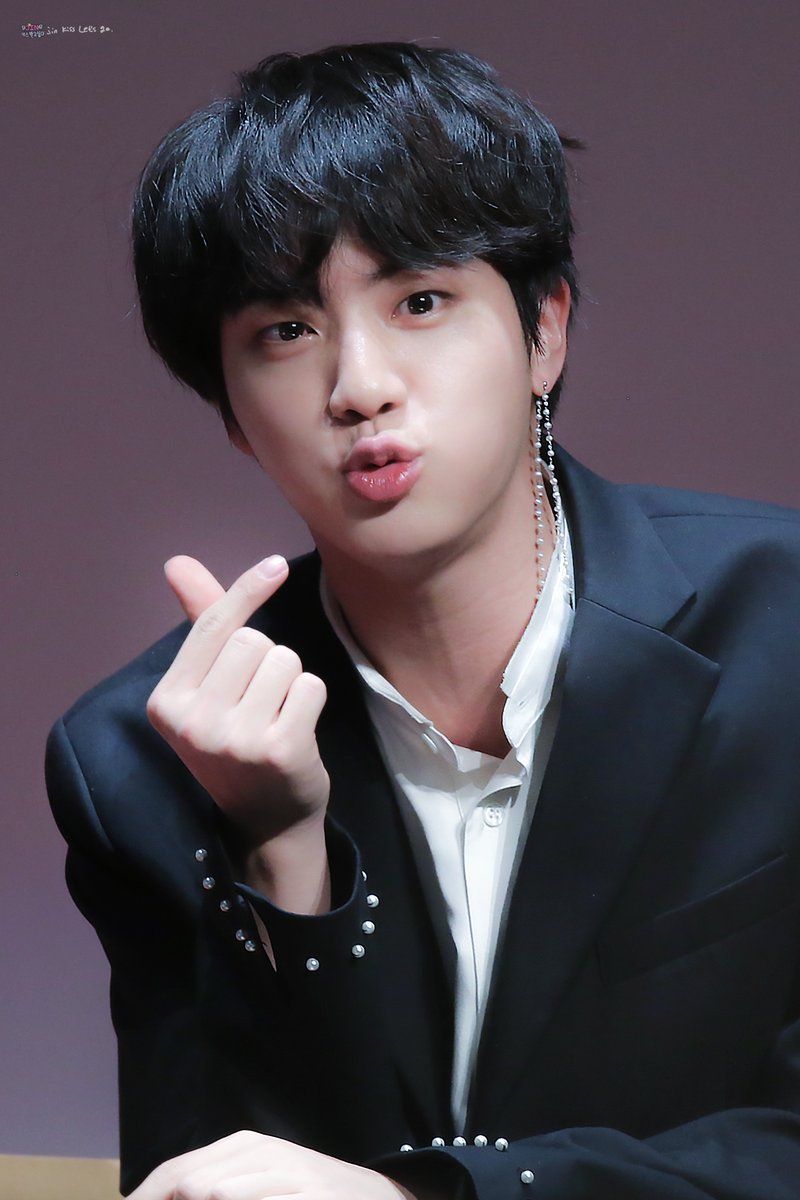 A non-fan once shared their experience of running into several BTS members. The original poster (OP) shared that they randomly met BTS at a restaurant while out with their friends. While the OP’s friends were excited, the OP wasn’t as interested.

A while back, my friend and I went to eat some gukbap [stew] to melt away the hangover. And we saw BTS’s RM, Jungkook, J-Hope, and Jin there. I didn’t really know because I’m not too into celebrities but my friend got excited because they’re BTS.

The OP and their friends didn’t approach the members, but they could hear their conversations since the restaurant was pretty empty.

Their table wasn’t too close to ours, but the restaurant was pretty empty so we could hear their conversations. And they laughed sooooooo much LOL. Like they would take pictures for each other and crack up. And that actually lightened up my mood too. One of them has a really unique laugh — and I’m not saying that’s a bad thing. It’s unique in a way that is refreshing for everyone. LOL. 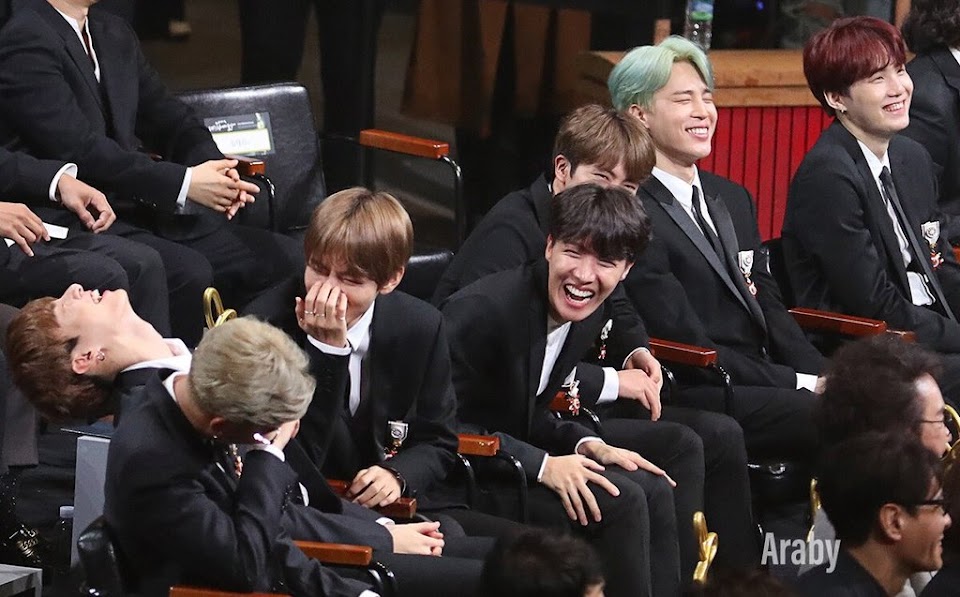 The OP also shared that Jungkook caught her attention!

And Jungkook is seriously my ideal type of man… He was wearing a leather jacket, if I remember correctly. He was so f*cking my style. T-T And we made eye contact, haha.

The OP concluded by saying that “BTS fans should be proud.”

They talked about the concerts and fans a lot. I could tell that these mean a lot to the members. 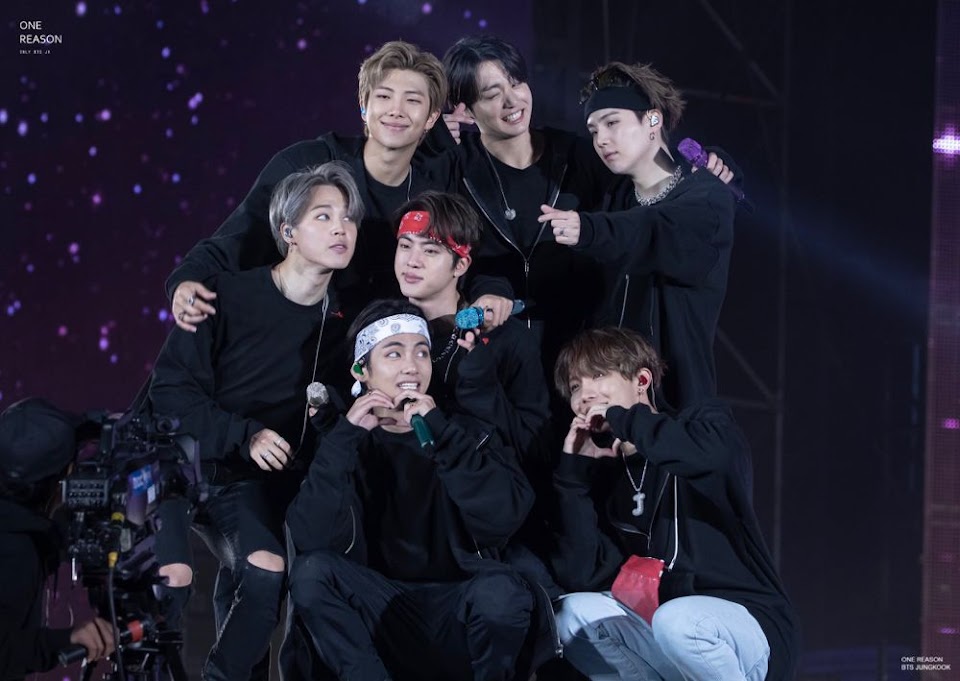