South Korean archer An San made history at the Olympic Games Tokyo 2020, breaking an Olympic record that had stood for 25 years and winning the first-ever mixed team archery final. For this 20-year-old, new-to-the-Olympics archer, however, something else became as exciting as bagging a gold medal!

At the games, An San was spotted wearing a collection of pins on the strap of her chest guard. Eagle-eyed K-Pop fans recognized one of those pins to be the radish lightstick for MAMAMOO.

The archer’s MooMoo status was shortly confirmed when a photograph for an interview captured the pin collection in full, with the glorious moomoobong on display! When a tweet asking fellow MooMoos to support her began circulating, An San caught on and admitted that she is a huge MAMAMOO fan — via a playful Instagram story.

Oops. Now everyone knows I’m a stan. Well then… Everyone, MAMAMOO’s Hwasa opened a new YouTube channel so go subscribe.

MAMAMOO’s Solar also came across the archer representing the MooMoos all the way in Tokyo. The idol took to her Instagram as well, sending the archer a cute message of appreciation and support.

I’m going to steal An San-nim when she comes back to Korea!

And An San couldn’t be happier to receive Solar’s message — that she’d be down to room with Solar’s dog Yongki if only Solar would actually steal her! 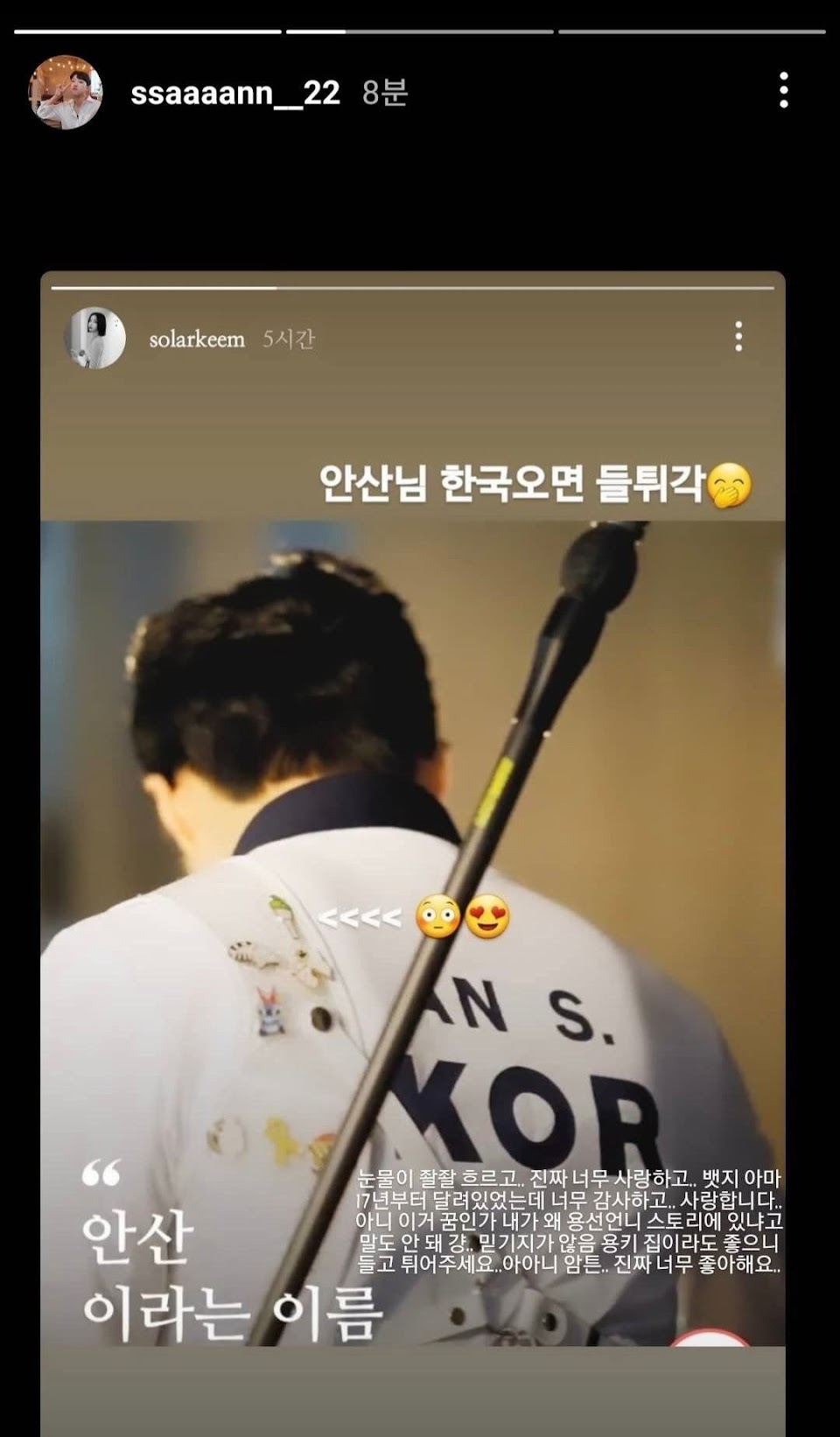 I AM CRYING RIGHT NOW… I love you so much, Solar. I’ve had that pin on my strap since 2017, I think. Thank you so much and… I love you. This cannot be happening to me right now, WHY AM I ON SOLAR EONNI‘S STORY?! This makes no sense, like… I cannot believe this is real. PLEASE STEAL ME, I can live in Yongki’s house. Anyway, I really seriously love you.