You are here: Home / Kpop News / Sorn Gets Real About CLC Disbandment, Mistreatment Under CUBE Entertainment, And More

Last year, Sorn departed CUBE Entertainment, also leaving CLC. In the interview, Sorn revealed the reasons behind her departure from the company and more struggles idols faced under the company.

What many K-Pop fans might not realize is that a lot of K-Pop entertainment companies have CCTVs everywhere, including the training center to monitor trainees. So, management is always aware if they are “slacking off.” If caught slacking, the trainee would be marked with a “warning sticker” by their name on a board, and if a trainee accumulated a total of five stickers, it would result in being kicked out of the company.

Sorn was never kicked out. Instead, after two years of training, she was added to a rigorous training project.

It became so demanding that she dropped out of school and even would rest in the training room along with the other five project trainees. Eventually, it was so bad that the trainees even had mats in the room so that whenever they finished too late at night, too exhausted even to walk, they could just sleep there.

Sorn won K-Pop Star Hunt at 15 and signed to Cube. Cube didn’t want her to study so she could train more. She had to negotiate to be able to [email protected]_clc #SORN #CLC
pic.twitter.com/l0ibd83ZrO

The environment for a trainee was not good. It was both demanding and cold as they lived in fear of being eliminated.

After Sorn debuted as a member of CLC, the struggles didn’t end there, though. 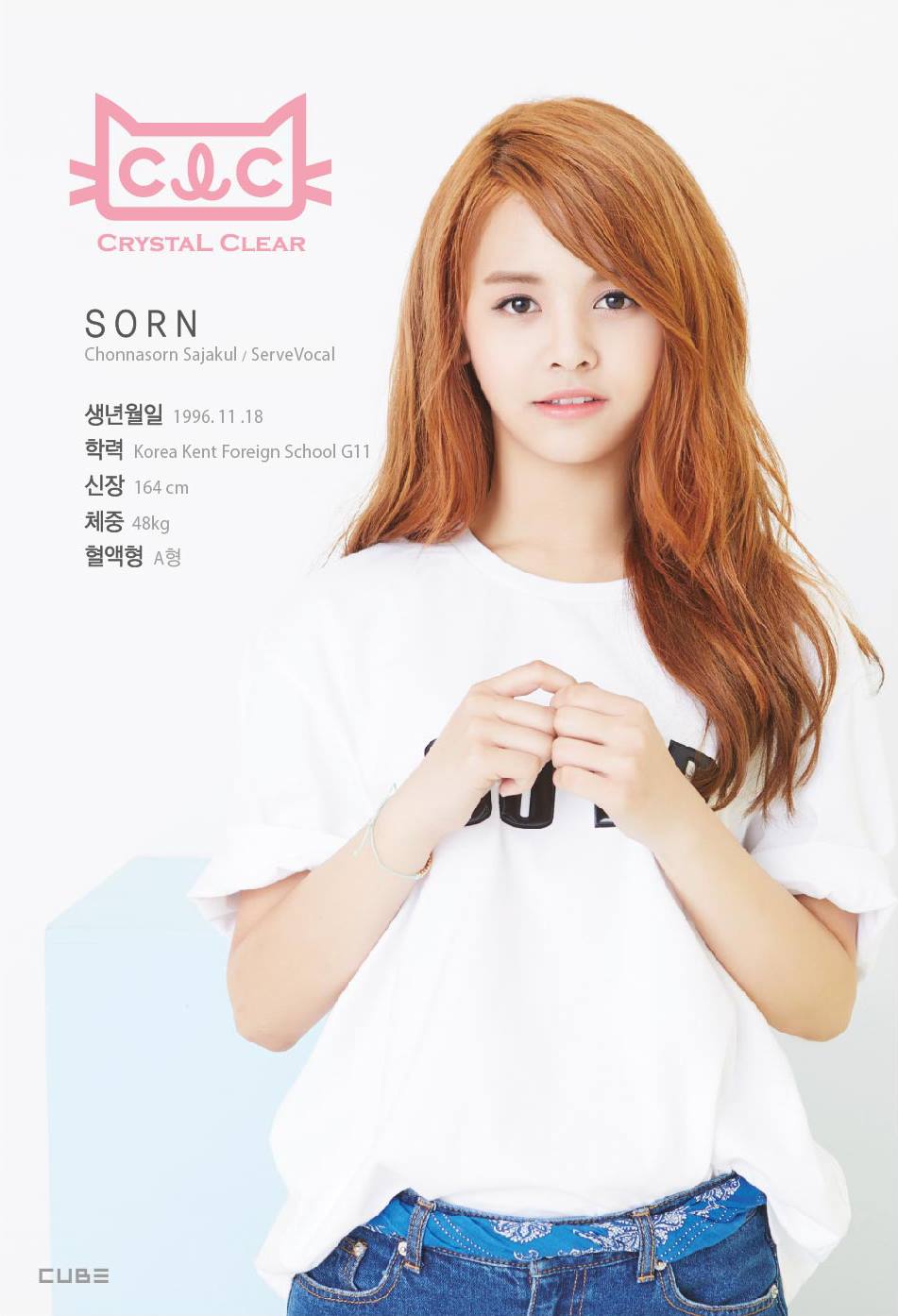 K-Pop groups are known to change their concepts with each comeback, but, in CLC’s case, it was so frequent and drastic that it would exhaust the members, and some couldn’t help but wonder if it was a primary reason why CLC wasn’t always successful.

They checked fans’ feedbacks and saw comments of fans expressing similar concerns. It was a song that members thought meshing with their characters well and was responded positively but, the agency changed concept again next comeback. Members were very frustrated, singing songs and wearing costumes they disliked. One day, they discussed they should not just let the agency dragged them by noses and fought for themselves. They discussed what concept they wanted and Sorn was assigned for presentation. The result were Hobgoblin, Black Dress and No.

Hyuna gave some advices for Hobgoblin presentation. Before the promotion, the agency forced members to be very slim but, humans were born differently and someone just could not reach that level of thinness. Hyuna was the one spoke out to stylist to pick clothes that fit the member, that emphasized each member’s good points, not forced the member to fit the cloth.

Unfortunately, Sorn was often blamed for CLC’s “failures.” Netizens would cyberbully her for this very reason.

Sorn said the crystals didn’t agree with frequent concept changes. CLC knew what was right for them, but Cube didn’t care. The crystals felt uncomfortable singing and dancing to songs they didn’t want.

Yet, she tried to remain positive as depression was still a taboo topic in Korea. So, she attempted to focus only on family, friends, and the kindhearted fans who would message her sincere, encouraging words.

The Korean perceived it as ‘budam’ or burden. They did not want to levy their burdens onto others’ shoulders.

When it came time for members to decide whether to renew their respective contracts, they all had communicated to CUBE Entertainment that they wanted to continue promoting as CLC. The company had different plans, though.

Sorn said that she wanted to stay in the company and under the name CLC because she still had a passion for working with the crystals. She thinks that the group can go further.
(1/2)

Instead, CUBE Entertainment wanted each member to promote individually. The girls did not see a reason to stay with the company if they were no longer going to be CLC.

Sorn said she left Cube because they wanted solo activities, but she wanted CLC activities. She left during GP999 and waited to announce her departure until afterwards so it wouldn’t affect Yujin

Around this time, Choi Yujin (now of Kep1er) decided to participate in Girls Planet 999. Although it was already decided that Sorn would not renew her contract with CUBE Entertainment, she postponed announcing it out of fear that the news could negatively affect her fellow CLC member.

Show em what you got gurl ✨ https://t.co/Xl7YB3CIft

Now that Sorn has moved on from CUBE Entertainment and is signed under WILD Entertainment, she hopes to continue growing as a music artist, challenging herself with different styles. So far, the agency has been supportive as a friend even manages it.

I’m excited to announce my new journey as a solo artist with WILD. Please stay tuned for my future release early 2022 🌴 @signedbywild pic.twitter.com/GFKzQKTWor

Currently, Sorn is promoting her new single, “SAVE ME.” Like the interview, the song will discuss the toxicity of the entertainment industry, revealing her struggles.

While every CLC member is exploring their own path currently, Sorn did share they are truly like sisters. So, she emphasized that they hope to regroup in the future if possible.

Meanwhile, CUBE Entertainment has continually been criticized by fans due to the poor handling of CLC’s disbandment. Read more below:

You can watch Sorn’s full Thai interview below: