Since the BTS members returned from their recent trip overseas for their PERMISSION TO DANCE ON STAGE – LAS VEGAS shows, the members have been resting ahead of their comeback. Luckily for them, ARMYs have been updated through social media, seeing what the group has been doing on their time off.

Yet, one person who has been surprisingly less active than the others is the oldest member Jin. Usually, the idol is always active on social media, leaving comments for his members and interacting with ARMY.

Luckily, the past few days have seen Jin slowly get more active and interact on different platforms, including trying to get J-Hope to have a drink with him by flirting…

ARMY: Hobi, Hobi. Are you a green grape candy?

ARMY: Jjwan, so did you have that drink?

Jin: Jwehope is avoiding [having a drink] me by saying he’s busy.

And chatting with ARMY on Weverse about what he’s been doing recently.

Jwan has been busy these days (cutely). I worked so much that I dozed off at the scene [of work] keke. But when I looked next to me, the kids/guys (the members) were also dozing off.

Well, it seems like Jin is back with some photographic updates that are enough to send ARMY into meltdown.

On May 13, Jin surprised ARMY when he posted on Instagram some recent selfies of himself. Even bare-faced, the idol cemented his status as “Worldwide Handsome” while wearing a cute blue jersey.

Yet, it was the second picture that caught the attention of fans. Earlier in the year, it was announced that Jin had undergone surgery on his finger. Because of this, he has spent the past few months limiting his movement and performing with a cast on. 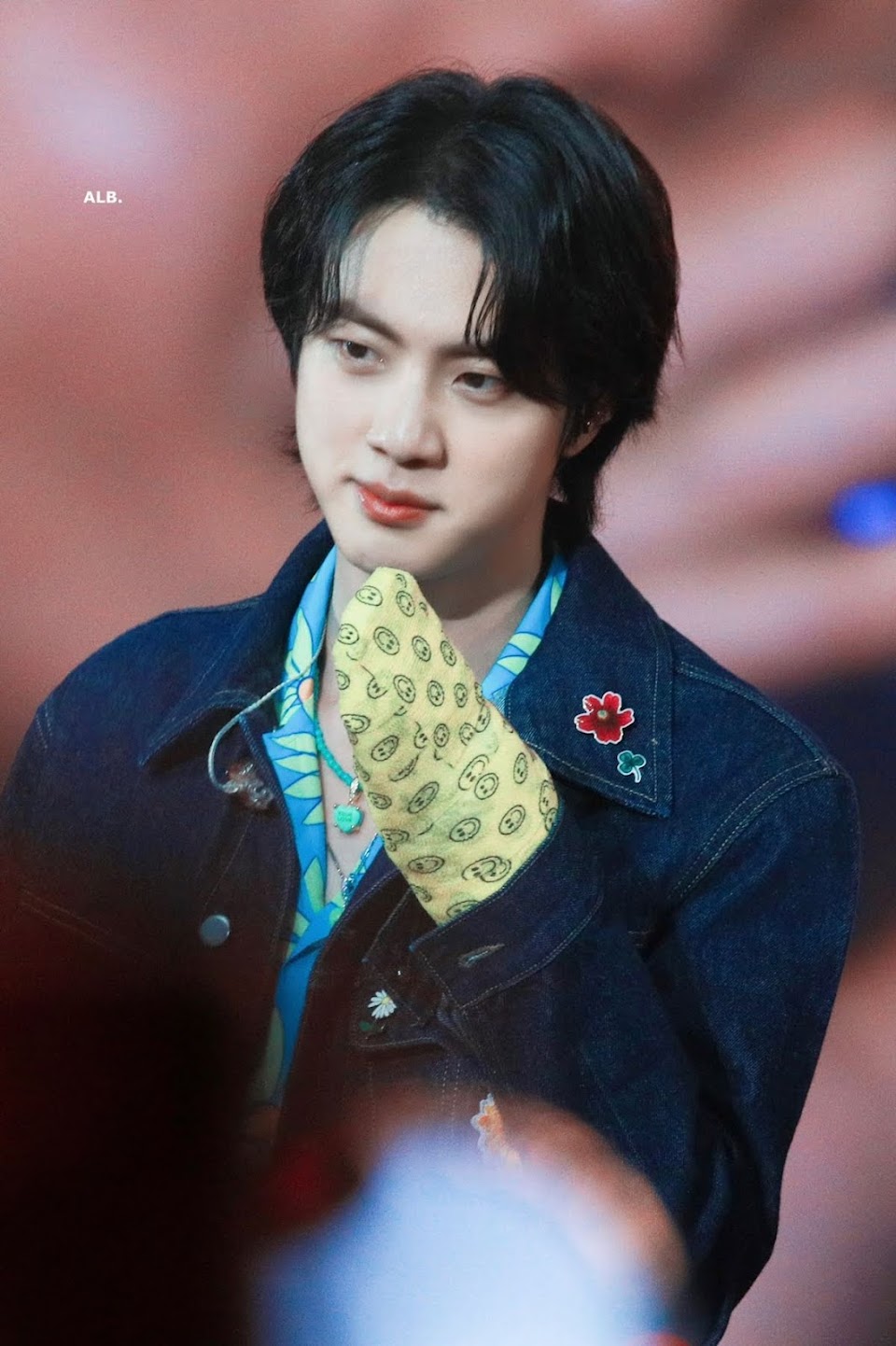 Well, it seems like Jin has finally given a full update on his condition. In the next image, Jin was standing outside Hannam The Hill, which is one of the most expensive places to live in Korea.

As well as looking adorable AF, ARMY noticed that Jin didn’t have his cast on anymore and seemed to be enjoying expressing his emotions with his whole body.

When the images were shared, netizens couldn’t hide how happy they were, not only that Jin had returned to Instagram for the first time in over a month, but that his hand seemed to be healed.

Yet, it isn’t the first time fans have speculated how Jin’s injury has been recovering. When he was on Weverse, a fan asked how his hand was, and the idol’s answer seemed quite vague. He replied, “I can play rock, paper scissors.” It appears as if Jin is definitely on the mend as it looks like he has full control of the injured finger.

Hopefully, Jin has had a reasonable amount of time to heal and rest ahead of the group’s wild comeback. As always, Jin knows how to make ARMY smile, and his presence is enough to brighten anyone’s day.

You can read more about Jin updating ARMYs below.