One of the biggest events on Earth happened on Sunday, but not without controversy. 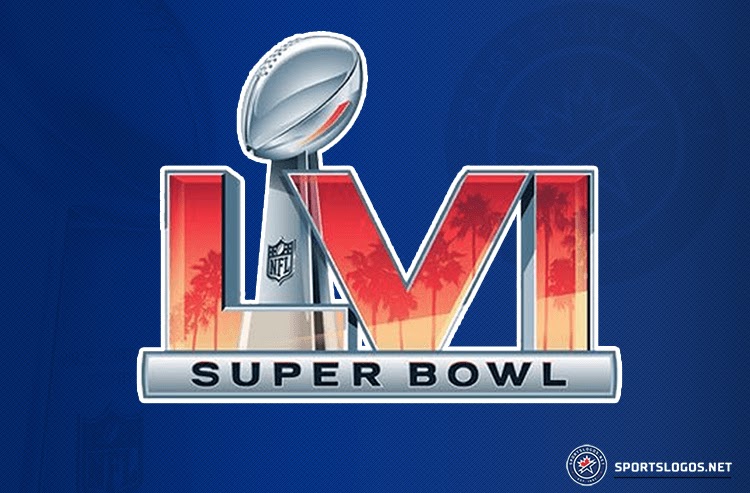 On Sunday, the world’s largest sports league, The National Football League (NFL), hosted the 2022 Super Bowl LVI. The Super Bowl is one of the biggest events in the world as it’s the annual playoff championship for “the best” NFL teams. So, on February 13, the Cincinnati Bengals played against the Los Angeles Rams at SoFi Stadium in Los Angeles, California.

ABC7 Eyewitness News, the local news for Southern California, reported over the weekend that while 2022 Super Bowl LVI would not limit fans or necessarily enforce social distancing, certain COVID-19 precautions would be taken. Throughout the season, there have been multiple precautions in effect, such as UVC lighting to sanitize the field, touchless hand sanitizing stations, electrostatic spraying to disinfect surfaces, but not necessarily wearing masks for fans.

Of course, considering COVID-19 has been at an all-time high in the United States, many questioned if it was wise even to host such a large event. Yet, the event was held almost as normally as any year before.

Still, the NFL attempted to do its part in ensuring everyone’s safety by encouraging everyone to at least wear masks, especially since it’s currently required in L.A. to wear face coverings. So, KN95 masks were given out.

The lax adherence to the mandate led one county supervisor, Kathryn Barger, to suggest that the mask rule be rescinded, since it apparently wasn’t being followed anyway.

But the mask rule will remain in effect for the Super Bowl, and stadium officials insisted they will enforce it. The rule requires masks at all times, except when ‘actively’ eating or drinking.

‘That doesn’t mean you buy a bucket of popcorn and eat it for two hours. Actively eating and drinking,” Russ Simons, senior vice president for campus and facility operations for SoFi Stadium, said earlier. ‘We’re on to you.’

As was the case during all games at the facility this season, all attendees will also have to show proof of COVID-19 vaccination or a recent negative test to enter SoFi Stadium.

John Barker, head of live event operations and production for the NFL, said the league has been preparing for Super Bowls during COVID-19 for nearly two years, and it is ‘extremely confident in the plans we have in place.’ 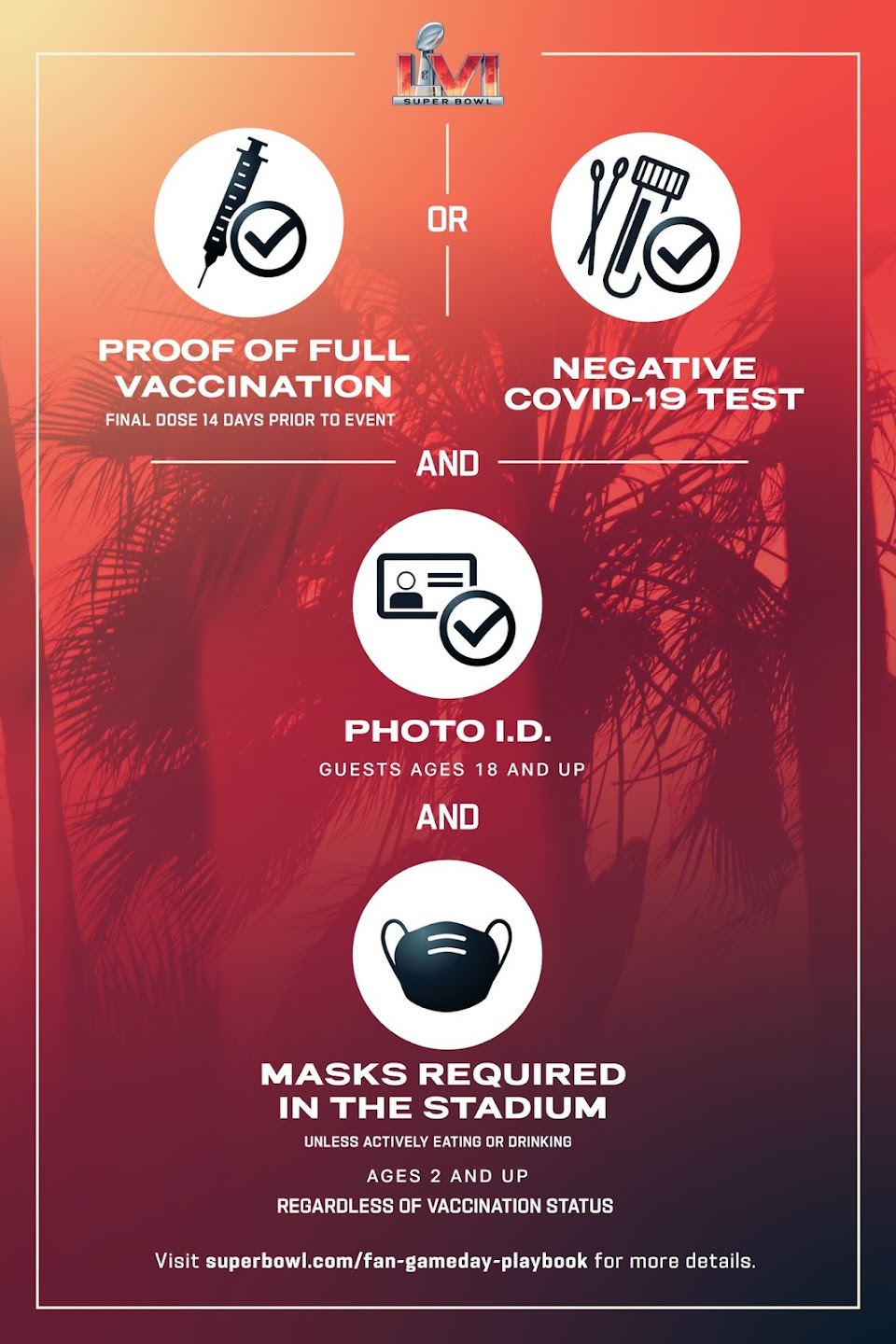 When ABC7 Eyewitness News shared the report to Twitter, they raised the question of whether or not sports fans would actually obey the rules regarding masks. Despite being given KN95s, would Super Bowl attendees actually wear them?

This sparked a debate in the comment section from ARMYs. They recognized the stark differences between the 2022 Super Bowl LVI and BTS’s PERMISSION TO DANCE ON STAGE concerts despite both being at SoFi Stadium.

Masks were not officially given out for free to everyone attending PERMISSION TO DANCE ON STAGE. Instead, some ARMYs were kind enough to give out purple masks that they purchased themselves to fellow fans.

ARMYs pointed out that despite that all of BTS’s shows were sold out and crowded, just as the Super Bowl, there were no concerns at all on whether or not anyone would wear a mask.

SoFi Stadium staff were pleasantly surprised by ARMYs’ compliance to COVID-19 safety precautions, such as wearing masks. One security reportedly even told an ARMY that they were “the most respectful group” they’ve seen while working.

At PTDLA, I had the chance to speak with a SOFI manager and he was ASTOUNDED. He said that each & every seat on all 4 days had been completely sold out & yet not once did his staff have to tell anyone to put on their mask. He was so shocked. I told him, “That’s the BTS ARMY!” 💜 https://t.co/eaPx10QCIX

“you guys are the most respectful group that I’ve ever seen in my days as CSC. everyone wore their mask, everyone followed the rules, and everyone just had fun”

On the other hand, now that the Super Bowl has passed, we have seen results on whether those followed the rules or not. Eye-witnesses reported that they did not see “one person … wearing a mask.”

Super Bowl fans did not obey the mask mandate at all. I passed by Sofi today and not one person on their way was wearing a mask. Not one 🤦🏽‍♀ https://t.co/mdYV25rF9K

Really?? They received free masks? I wouldn’t have known 😲😬😖 https://t.co/ziwUwMZl4D

Viewers at home also noticed that the majority were not wearing masks. This included NFL fans, celebrities, and politicians.

ARMYs are pointing out the double standard of rhetoric for sports fans and K-Pop fans. Fans of K-Pop are often stereotyped and labeled as “crazy” or “rabid” fans, while fans of sports are simply referred to as “passionate.”

Funny thing because with us they didn’t even need to tell us twice. But we are the “rabid crazy fans”? What a joke. https://t.co/uStiWx7lce pic.twitter.com/JQRKLv7tFF

ARMYs are also bringing up that the respectfulness and mask compliance of those in attendance of BTS’s PERMISSION TO DANCE ON STAGE was covered by news stations little to none. Instead, media tends to prefer to focus on negative than positive.

And nobody had to give us free masks to make it happen either.

While many suspect that a large event of 50K in attendance can be a COVID-19 spreader event, there have been no signs to indicate that PERMISSION TO DANCE ON STAGE ever contributed to an increase of cases. However, many are concerned about the Super Bowl, considering the lack of mask compliance. This doesn’t even include at-home gatherings.

I hope so…but with all the parties this weekend we are gonna have a nasty spike in two weeks….. pic.twitter.com/pBi9mP1wwN

The second controversy of the 2022 Super Bowl LVI was whether or not BTS was “snubbed” after there were reports that an ad featuring the group would be included during a commercial break. Read about it below: