American model and TV personality Chrissy Teigen and her husband, musician John Legend, are under fire for hosting a Squid Game-themed party for their rich and famous friends at their home this past weekend.

The couple enlisted the help of the award-winning party planning company Wife of the Party to plan the event and to transform their home to look like the K-Drama’s set.

The party decor included a maze staircase, bunk beds, and large piggy banks hung overhead that were filled with cash. There was also a set of tables arranged in a triangle that resembled the tables the last 3 contestants sat at during their final meal together.

Chrissy Teigen dressed as the doll that shot and killed players during the lethal “Red Light, Green Light” game, and John Legend dressed as one of the VIPs, the wealthy men who paid to watch the players die as they competed in the deadly children’s games.

The guests dressed as the players and wore green tracksuits with numbers on them, just like in Squid Game.

Workers served food and drinks while dressed as the masked guards from the K-Drama.

In Squid Game, the players competed for ₩45.6 billion KRW (about $ 38.6 million USD). At Chrissy Teigen and John Legend’s party, the guests competed for flights to Napa Valley, California and dinner for two at French Laundry, an exclusive restaurant.

In the caption for her Instagram post after the party, Chrissy Teigen thanked the party planners for an “epic night” and said her “dream came true of watching my friends fight to the death.” 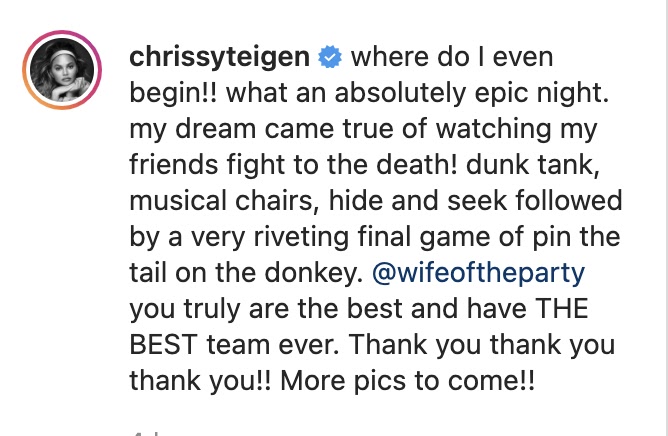 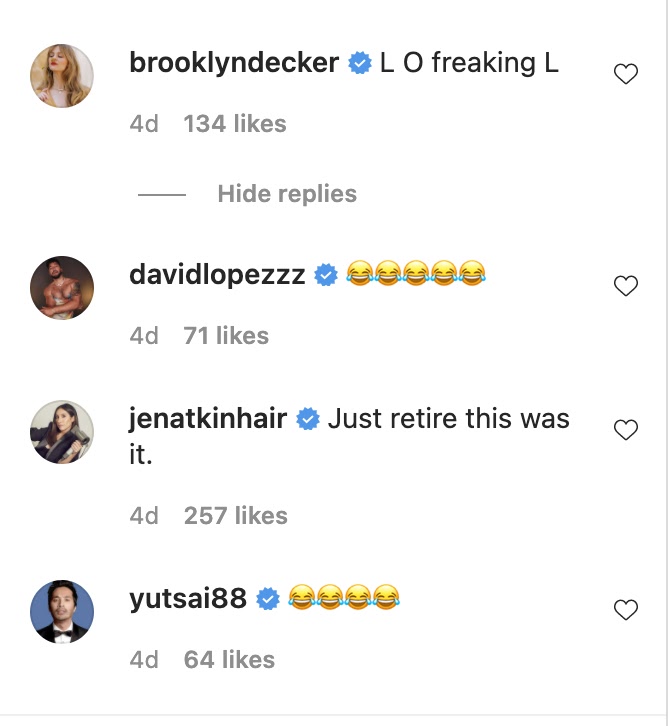 However, fans were not impressed by the party’s theme and thought it was inappropriate considering that Squid Game was about poor people fighting to the death in their hopes of paying off their debts and creating a better life for themselves and their families. Many fans called Chrissy Teigen out in the comments of her Instagram post. 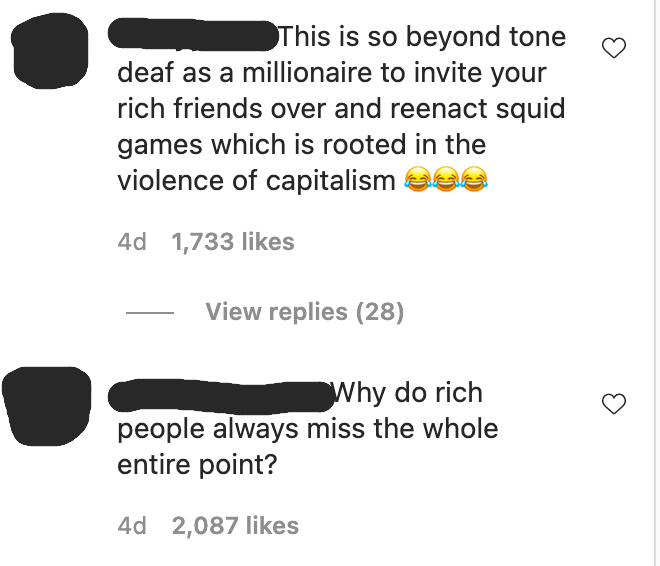 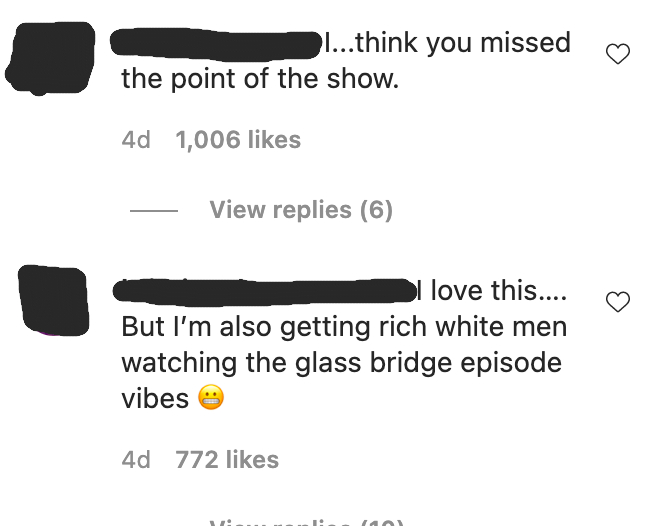 Fans also called Chrissy Teigen and John Legend out on Twitter after the photos from the party were posted.

im sorry rich people are literally so tone deaf. squid game was literally about people whose lives were so awful because of being poor that they’d rather play a game of literal life or death to escape going back to poverty and chrissy teigen is really reenacting it in her mansion pic.twitter.com/BMLY4853SF

Usually I’m a fan of Chrissy Teigen but there’s something super fucked up and weird about spending the weekend cosplaying Squid Game with your incredibly rich friends.