WayV’s Lucas has recently been embroiled in a series of accusations including cheating, gaslighting and more. He was accused by three alleged victims previously. Recently, after his alleged wakeboarding coach stepped up to defend him, an alleged 4th victim revealed herself and her side of the story in retaliation.

The wakeboarding coach shared that she had known him as a sweet and kind person.

I’ve always been realistic and never lived in a fantasy. I don’t believe idols are anything special, everyone is equal, it’s just that their jobs are different. Everyone has a right to love someone. After all, love is not something that we can control. Everyone has their own charms. Love relationships aside, you can solicit gifts from others, but don’t toy with love just because they like you. Not to mention that they’re your fans. You’re like a dream in their life.

I got to know him as his coach for a show. He’s a kid who is well-mannered, likes the nature, and loves animals. His dream is to work hard and make money to buy a house for his parents. He was afraid that fans would not like it if he got tanned after wakeboarding. He praised his team members for their hard work while chatting. He also cared for the cameramen. Taking this issue to the point of involving his family just because he didn’t handle his personal relationships well is…I’m not a fan, and I didn’t know him before filming the show, but afterwards, I saw how hard he worked on stage, bringing positive energy and happiness to the audience. As an idol, he acted inappropriately, but there are two sides to every story. I hope he can make it up to his fans with even better works in the future.

All humans have emotions and desires. I believe his feelings were real when he chatted with you girls, and all the good things were real, so it’s true that he is able to like others. Love itself can be copied and pasted, but it’s not something that can be judged by outsiders as love itself is complicated.

I also hope that all girls can learn to protect themselves and walk away when needed. If you don’t hope for, wish for, or count on anything, then you would not feel disappointed. The thing that can hurt you is not someone else being heartless, but the fantasy that you have. You girls are all pretty and brave, but there’s no right or wrong when it comes to love, and there’s also no wounds that cannot be healed. What you have right now is the best. The break ups are just making way for true love. Always believe in true love.

The coach also uploaded some screenshots of her texts with Lucas, including a few voice messages which can be seen in the chat but she did not disclose. 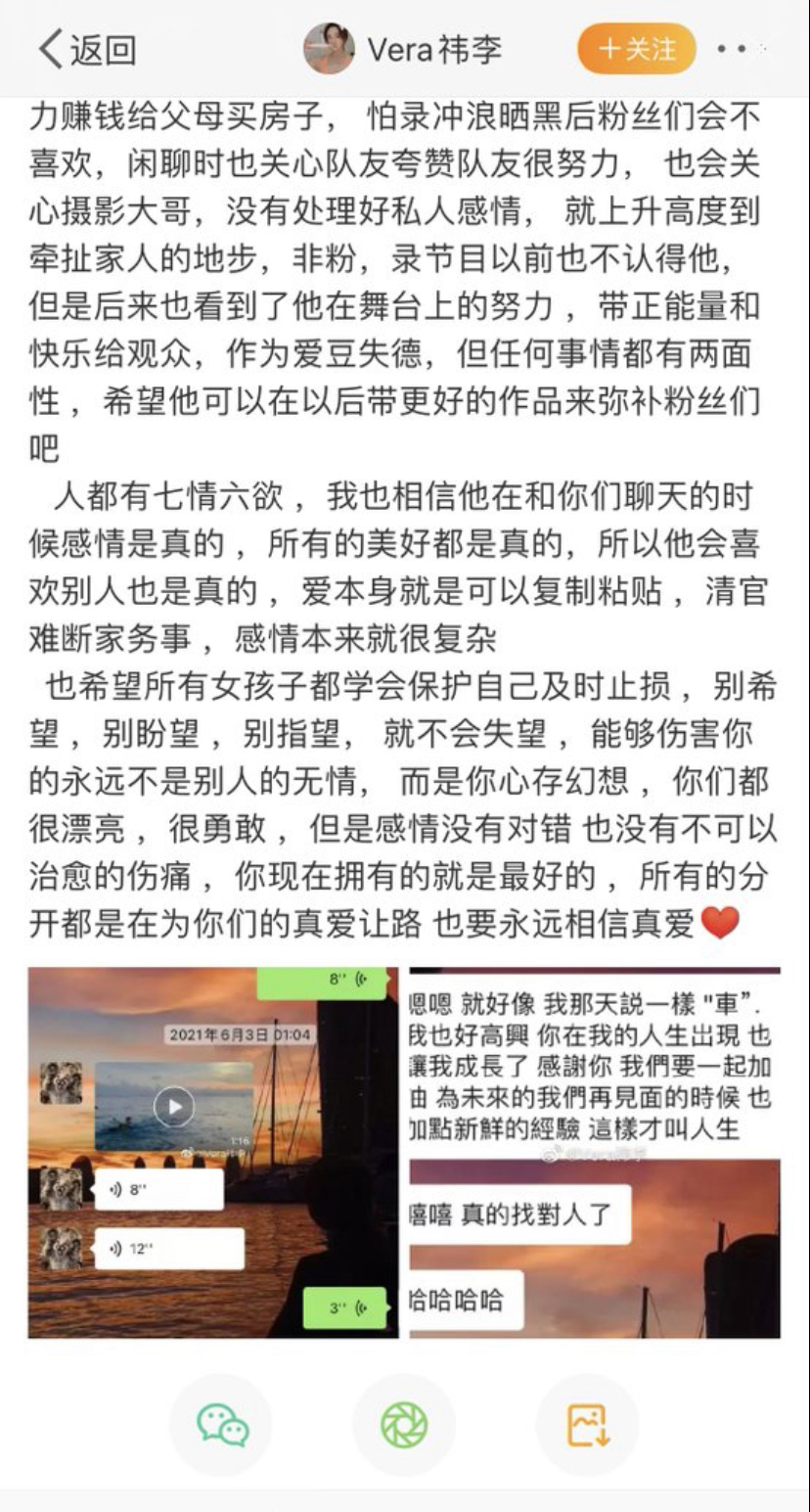 She revealed a text from Lucas.

Yeah, just like what I said the other day. I’m also very happy that you came into my life. You’ve made me grow as a person. Thank you. Let’s work hard and have some new experiences before we meet again in the future. This is what life is all about. Hehe I’ve met the right person. Hahahaha

When the alleged 4th victim saw the post, she realized that the times he was texting the coach coincided with when he was texting her and retorted in anger. 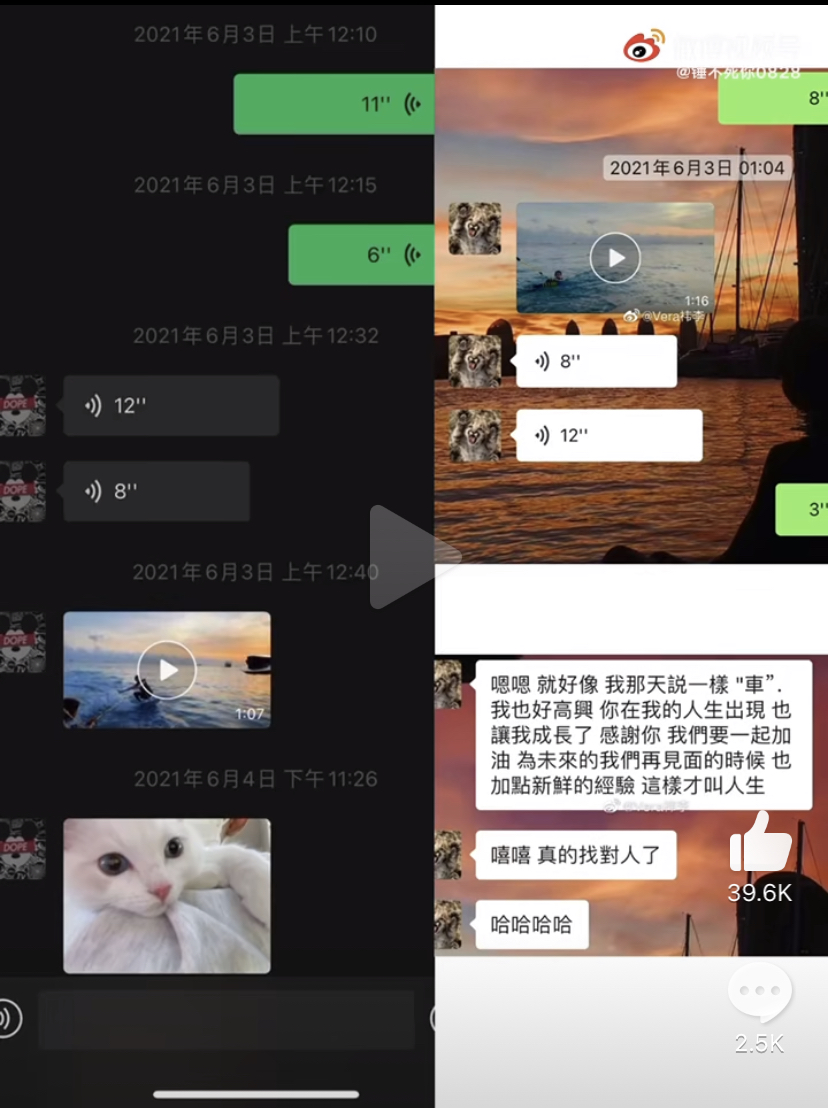 She claimed that he was flirting with the coach the same time he was dating her as the timings on the chat logs matched up.

Wong Yuk Hei, you have a secret account because one main account is not enough for you. You have enough time to flirt with the wakeboarding coach that you just met after chatting with your girlfriend?

She also revealed a voice message from him in Cantonese that said, “Are you serious? Ah I have no idea. I wish you were here.”

The 4th alleged victim responded to a few comments regarding the issue as well, claiming, “Yeah, I was so happy. Because I didn’t know he was such a trash, and I never paid attention to boy groups, so I didn’t know the unspoken rules. That’s my problem. What else do you want to know?”

Subsequently, she continued to expose him. 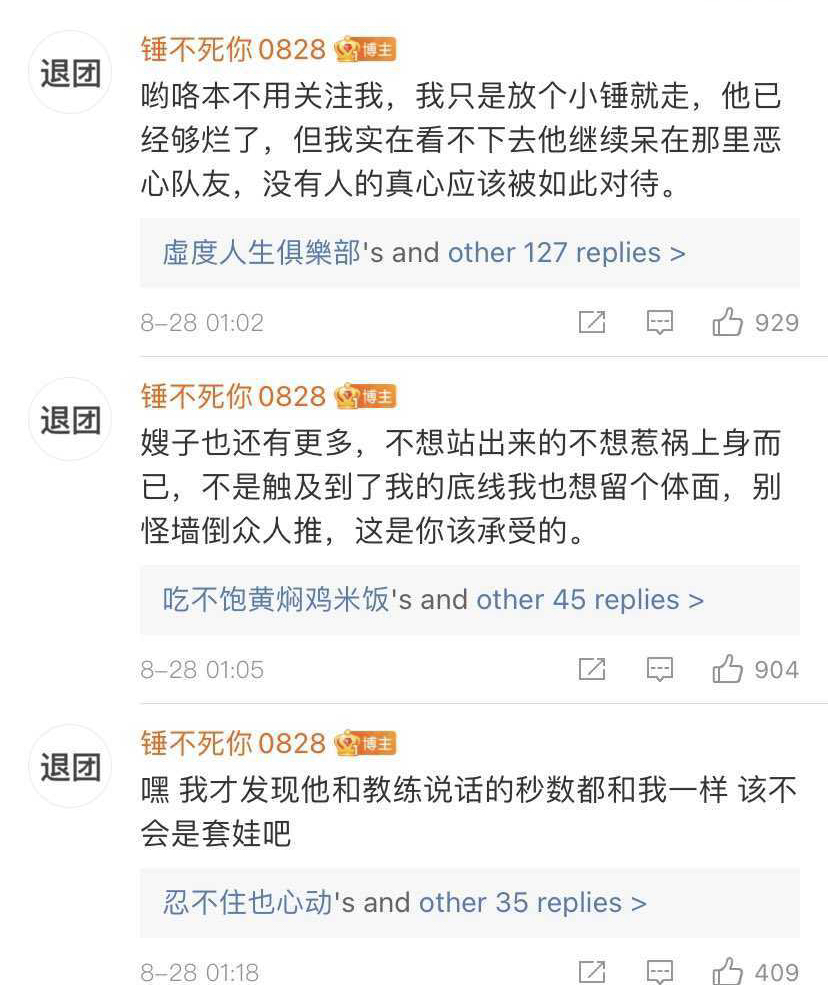 Lastly, she conversed with a netizen about the matter of the white kitty Lucas was said to have adopted in China. 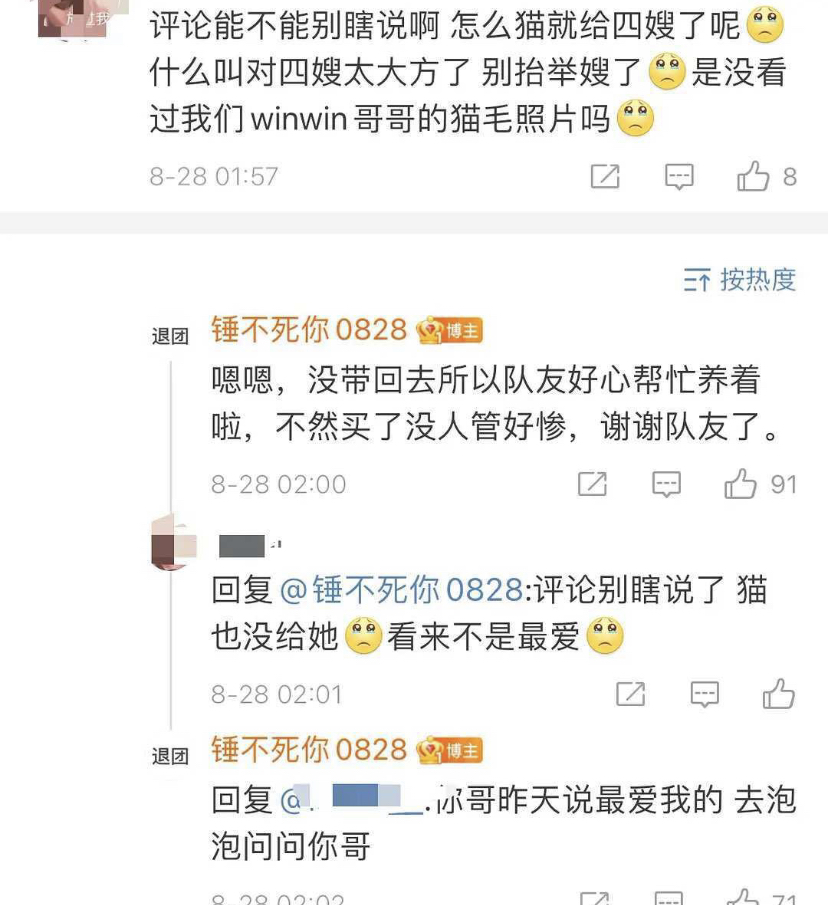 Lucas had been embroiled in a series of gaslighting and cheating accusations from fans that had claimed to have dated him. He has since apologized for his actions and SM Entertainment issued an official statement to address the matter as well. Read more about them below.