BTS‘s V is a certified animal lover. He especially loves dogs! Yet, he loves all animals, including cats, birds, and even snakes! He certainly does not discriminate. He is loving and kind to everyone and everything he meets.

While there are numerous moments to choose from, we have selected some of the best. Here are 15+ times V proved he’s a true animal lover…

1. His relationship with his dog Yeontan

Of course, we have to start with Yeontan— he’s everyone’s favorite dog, after all!

We were first introduced to him during Jin‘s birthday live broadcast in 2017 when he was just a puppy!

Now, he’s all grown up and has many, many appearances in BTS content. There’s honestly so much to choose from, so we’ll just include some of our favorite moments… Starting with when V officially introduced Yeontan to ARMY.

And, of course, when he shared this sweet moment from when he was playing with Yeontan (he was just a baby)!

Recently, he changed his profile picture to a photo of Yeontan!

Whenever he shares cute candid videos of him on social media…

When they give each other kisses…

This proud dad even included Yeontan in one of his Naver x Dispatch photoshoots! 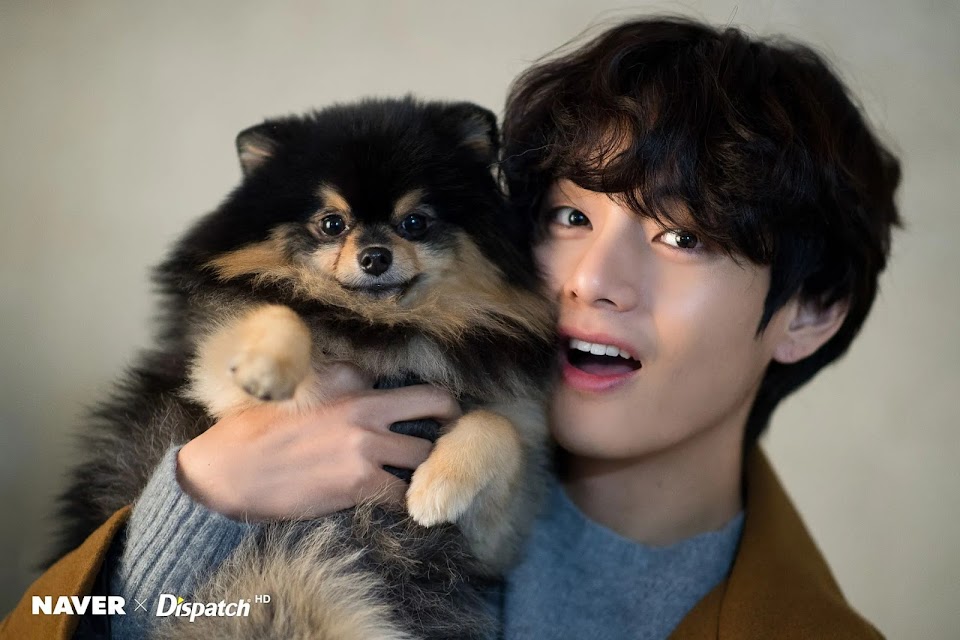 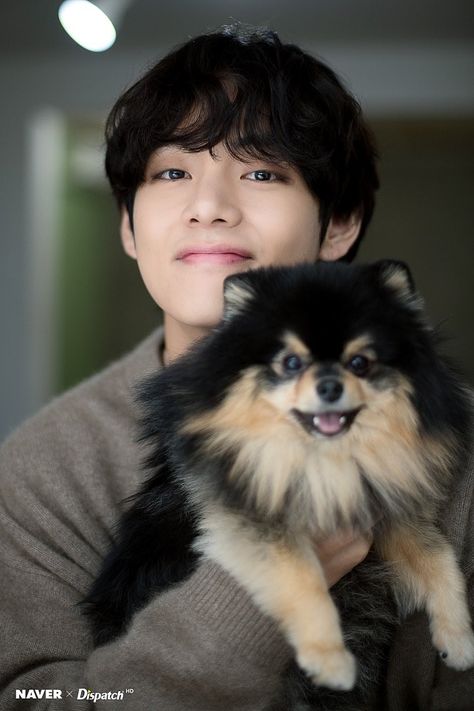 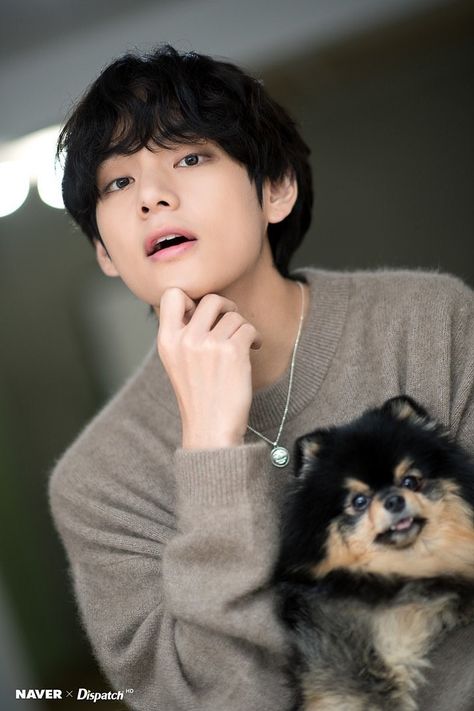 The best interview would definitely go to Buzzfeed for giving BTS puppies to play with. When V found out about it, his face said it all. We’ve literally never seen V look happier during an interview.

Just look at his interactions with the puppies. He was living his best life!

Even when one of the puppies peed on the floor during the interview, he not only remained unphased…

He thought it was adorable and happily volunteered to help clean it up!

3. When a bird landed on his hand

In BTS: Bon Voyage season 2, the members go to Hawaii, and V was overjoyed when a bird landed on his hand.

4. When Zach Sang brought his dog out during an interview

During a Zoom interview, Zach Sang’s dog Lou could be heard barking, so then, of course, the members wanted to be introduced!

i had to introduce my dog Lou to BTS! #fyp #foryoupage #BTS #bts_official_bighit #frenchbulldog 💜

5. When he couldn’t help but play with a cat during a photoshoot

Photoshoots are always more fun with a friend!

6. When he played with some dogs in BTS: Bon Voyage season 4

While in New Zealand, the members met some new fluffy friends, and V got along well.

7. When BTS found themselves surrounded by sheep

Also, in season 4 of Bon Voyage, BTS went to a roadside café and found themselves surrounded by a flock of sheep. The boys looked so happy to be enclosed by the cute and fluffy creatures!

8. His relationship with Khanji

Before there was Yeontan, there was Khanji, a Persian-Chinchilla cat! He was V’s and now lives with his parents. It’s been about five years since ARMY last saw him, but they are reportedly still close.

9. When he teased a dog on My Pet Clinic

It seemed to be love at first sight…

But, throughout the interview, he kept teasing the dog!

…or whatever he’s doing here.

11. When he casually posed with a snake

You know V’s a true loved of all animals when he can pose with a snake like they’re old dear friends.

12. When he did photoshoots with even more dogs

In addition to Yeontan, V did another Dispatch x Naver photoshoot with a puppy at Christmastime! 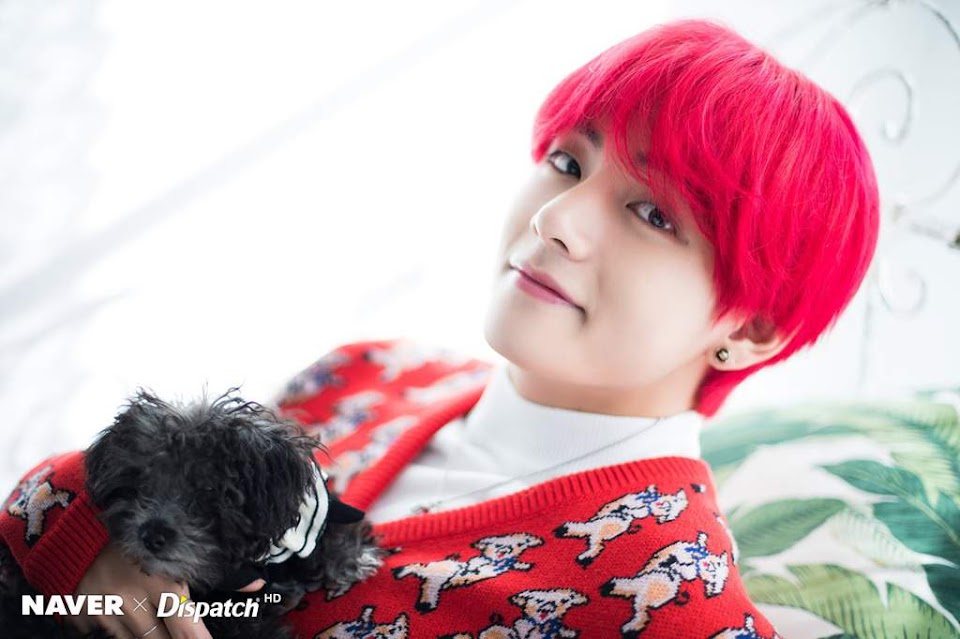 Additionally, he did a photoshoot featuring another cute dog for Vivi magazine.

13. When he partnered with Chopa

In episode 23 of Run BTS!, the members met dogs and trained them. V was with a corgi named Chopa, and he loved Chopa the moment they met!

Another one of V’s pets that currently lives with his parents is Soonshim. He is believed to be a Korean Jindo breed.

Sangdol is another one of V and his family’s dogs. He is white and brown and small and fluffy!

Last but not least, there’s Ssyongssyong, another one of the family dogs. Look how cute he is!

17. When he shared cute videos and pics of himself playing with cats on Twitter

18. When he had a furry costar in WINGS Short Film #3 STIGMA

In the WINGS Short Film #3 STIGMA, V got to act alongside a white dog!

19. When he stopped to play with a cat during Run BTS!

During episode 146 of Run BTS!, BTS are supposed to be solving the mystery of the missing ARMY headstone. While others were looking for clues and trying to find the thief, V briefly stopped to play with a cat.

tae and the cat 🥺 pic.twitter.com/voZhagOCqF

Unfortunately, the other members used this against him, suspected and accused him of being the guilty party. Not only did he continually defend himself, but it turned out he was completely innocent in episode 147!

“I played with a cat for 5 minutes is that a bad thing? “
-Kim Taehyung, an upset warrior

RUN BTS Ep 147 is a lit.
I thought it’s gonna be a Jin and V’s Joseon Dynasty quarrel experience 🤣🤣 pic.twitter.com/LXWzX7IKzc

Watch even more sweet moments of V with animals in the videos below:

“am i not allowed to love animals?” a mini compilation: pic.twitter.com/A7JpPMGIdE